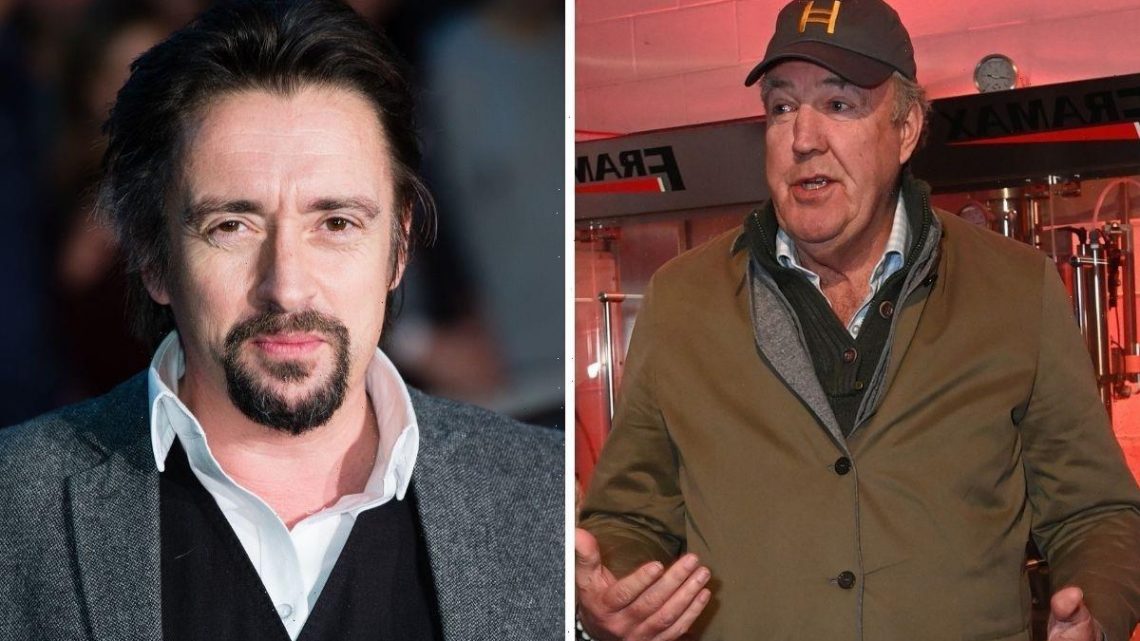 Richard Hammond’s Crazy Contraptions begins tonight on Channel 4. The new seven-part series sees teams of amateur engineers attempt to build the most absurd, complicated chain reaction mechanisms that cater to Richard’s every last need. The Top Gear legend says life is all about the big questions, namely ‘why can’t I feed the dog while relaxing in the garden?’. So the competitors help him do exactly that, with teams in tonight’s first episode building ingenious machines that allow him to straighten his duvet and ‘make the bed’ from the comfort of his bathtub.

Ahead of the show’s release, Richard said: “It’s a knockout tournament where teams of amateur engineers compete to perform my ordinary chores in extraordinary ways.”

He added that while there is some “serious engineering afoot” in the show, viewers can also expect “plenty of spectacular failures and catastrophes” — things that have become a hallmark of Richard’s own career.

Richard opened up on his misfortunes in an interview with the Lancashire Post last year, as the formidable trio produced The Grand Tour’s ‘Lochdown’ special.

He said: “Something happens when we three work together.

“I remember in the special we just made in Scotland, Jeremy saying, ‘This is weird, when I go away on my own, caravans don’t suddenly become disconnected from cars, boats don’t sink, car wheels don’t just jam up and stop all of a sudden. None of that happens.’

“But when we’re all three together, everything goes wrong.”

The Lochdown special encompassed much more than the traditional four-wheeled modes of transport, as Richard left viewers with a bit of a sinking feeling.

He recalled: “I’m really rubbish with boats, it’s not the first time I’ve proven that.

“But I proved it again — I completely unexpectedly sank a boat… When things go wrong like that for most shows, it would have been a disaster.

“There would have been a real sense of panic on the set, of ‘Oh my God, he sank the boat! What now?’

“Whereas before I’d even hit the freezing cold water, I realised, ‘Oh, it’s brilliant! The boat is sinking!’

“It’s one of the better things we did by accident.”

Richard is no stranger to things going wrong, having narrowly escaped death on two occasions during his presenting career.

While filming a Top Gear segment at the former RAF Elvington Airbase near York in 2006, he was injured when the jet-powered car he was driving crashed at 314mph (505km/h).

Richard was completing a seventh and final run to collect extra footage when his front-right tyre failed, the car spun over and over before eventually coming to a rest.

Rescuers felt a pulse and heard an unconscious Richard breathing, before the car was turned upbright and he was cut free with hydraulic shears.

He spent two weeks in a severe coma, and later admitted he suffered from post-traumatic amnesia and a “five-second memory”.

He recovered and returned to work again, only to suffer another near-fatal crash several years later.

While driving the Hemburg Hill Climb in Switzerland, Richard’s car careered off the road.

Jeremy later revealed he did not realise the extent of the accident, and thought that a test driver had crashed in a different car.

In a post on DriveTribe in June 2017, he remembered witnessing an “inferno raging, maybe a quarter of a mile away, at the bottom of a hill”.

He said: “And as I stood there, waiting for news, it dawned on me that the burning car was not yellow, as the Aventador [the test driver’s car] was. It was white.

“Hammond’s Rimac had been white. And I can feel it now, the coldness. My knees turning to jelly. It was Hammond who’d crashed.”

Richard remained conscious throughout the ordeal and later described the feeling of “oh god, I’m going to die”.

He was diagnosed with a tibial plateau fracture in his left knee after being airlifted to hospital, and had a plate and ten screws surgically inserted.