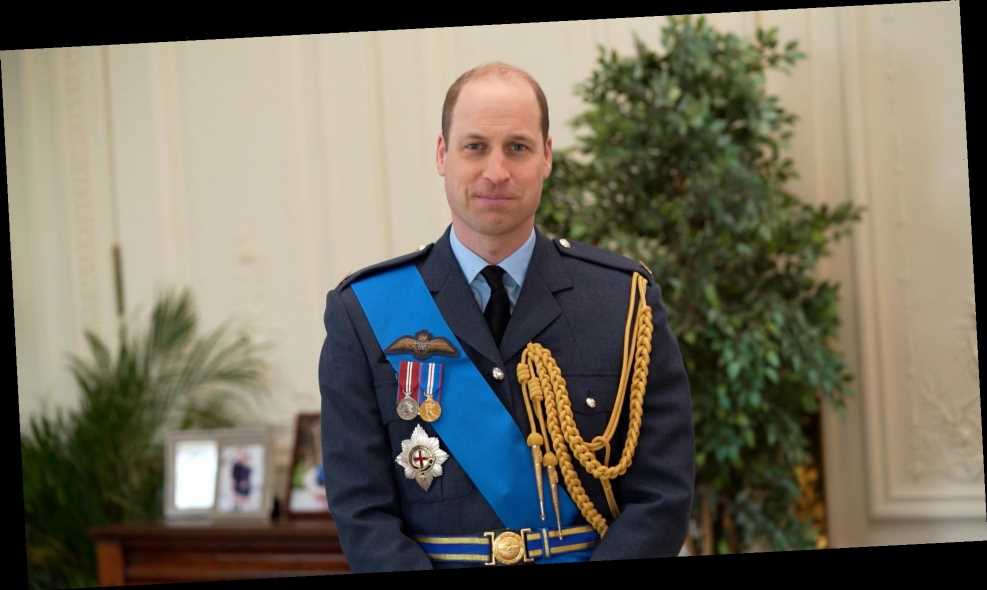 Prince William is sending a special message to the Royal Australian Air Force.

The royal, who served as a helicopter pilot in the Royal Air Force, sported his military uniform for a video message to mark the 100th anniversary of the RAAF on Wednesday.

In his speech, Prince William praised the RAAF for their "outstanding reputation for resilience, innovation and dedication to duty."

"Over the last 12 months, Australia has faced the challenges of terrible bushfires and a global pandemic," he said. "The Royal Australian Air Force has once again shown its ability to respond quickly to supporting Australians in need."

Prince William, 38, noted that there was a "special bond" between the U.K.'s Royal Air Force and the Royal Australian Air Force that he witnessed firsthand during his service.

"More recently, Catherine and I have been welcomed at a number of Royal Australian Air Force bases and have enjoyed hearing stories from serving personnel," he added.

Prince William concluded, "While your second century will be very different to the first, I am sure that future generations of servicemen and women will carry forward the proud legacy established by hard working and courageous Australians during the first 100 years of The Royal Australian Air Force."

Get the premiere issue of PEOPLE Royals for glamorous new photos and inside stories royals fans haven't seen or read elsewhere! Subscribe at peopleroyals.com/launch Queen Elizabeth, 94, marked the occasion with her first public outing of 2021 by visiting the CWGC Air Forces Memorial in Surrey, a short drive from Windsor Castle where she is staying with husband Prince Philip, 99.

The monarch wore a ready-for-spring ensemble, a light green coat and a matching wide-brimmed hat adorned with yellow flowers. She accessorized with the Australian wattle brooch, representing the national flower of Australia — and of course, her signature gloves and Launer handbag. Although the Queen did not wear a face mask, the ceremony was socially distanced. The monarch received her COVID-19 vaccination in January.

After a wreath was laid on Queen Elizabeth's behalf, she viewed panels bearing the names of Australian war dead and a display of fallen airmen and women in the memorial cloister. She also met with Royal Australian Air Force personnel and signed a commemorative document.