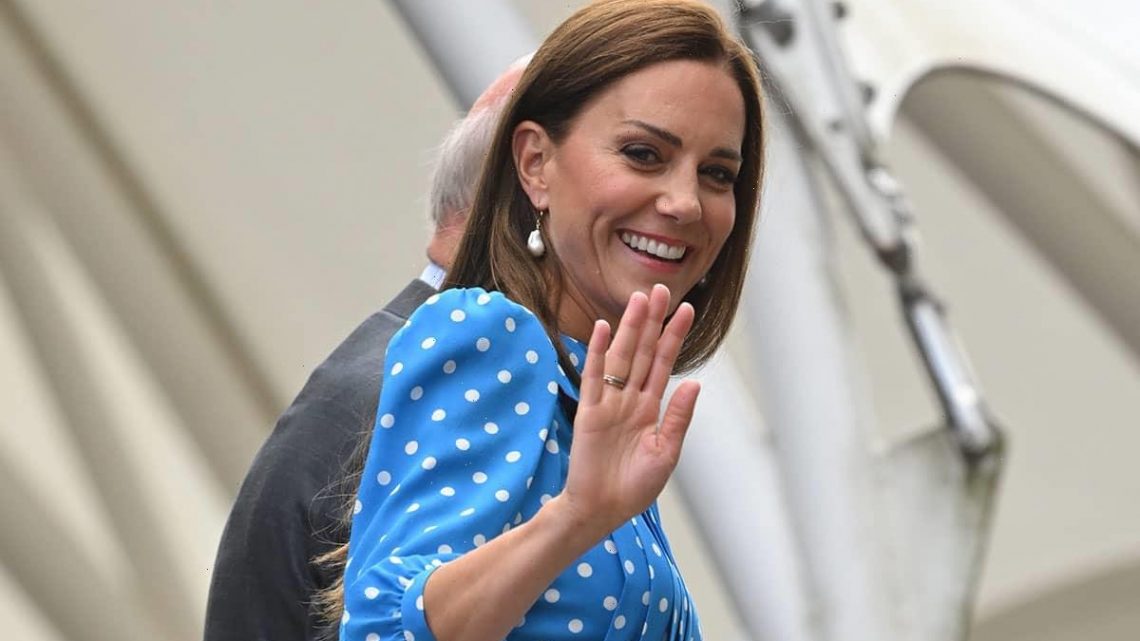 The Duke and Duchess of Cambridge have returned to the All England Lawn Tennis & Croquet Club to watch the first day of the quarter-final stage at Wimbledon on Tuesday.

Walking through the grounds, the royal couple looked happy to be back at the tennis tournament for the first time this year.

Kate, 40, waved as they crossed the bridge from the millennium building into Centre Court after arriving at the SW19 grounds via the players’ entrance.

MORE: Game Set Match! The Wimbledon wives and partners on courtside this summer

The royal couple, who were joined by the Chairman of the All England Club Ian Hewitt, took their seats in the Royal Box ahead of the men’s singles quarter-final tennis match between Novak Djokovic and Jannik Sinner.

Kate seen waving at the crowds at Wimbledon on Tuesday

Before sitting down, they exchanged a few words with Britain’s Got Talent judge David Walliams. It is not known how long Prince William and Kate will remain to see the game; they may even watch British hopeful Cameron Norrie take on Belgium player David Goffin, who are playing on No.1 Court.

Over the past week, Kate’s parents Carole and Michael Middleton as well as her brother James Middleton and his wife Alizée Thevenet have made appearances. 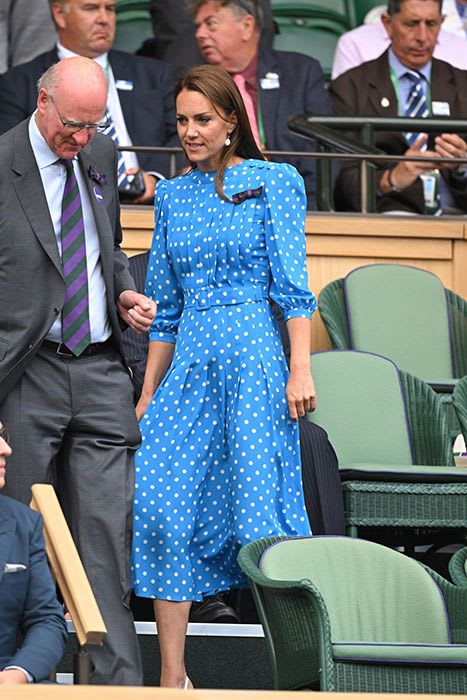 The royal looked lovely in a blue polka dot dress 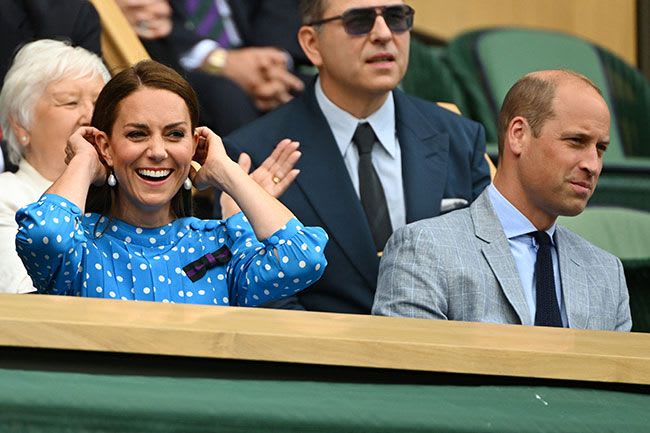 The couple seen in the Royal Box at Centre Court

It’s no surprise to see Kate at the Championships since she is patron of the All England Lawn Tennis Club, having taken over the role from the Queen back in 2016. She has been a regular at the tournament since before she became a royal. 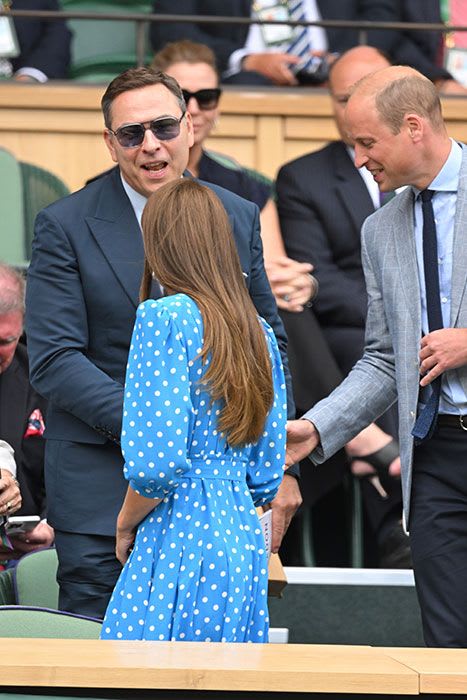 David Walliams was also in the Royal Box

Over the years, the mum-of-three has been joined in the royal box by her husband, Prince William, as well as her sister-in-law, the Duchess of Sussex, and Kate’s sister, Pippa Middleton.