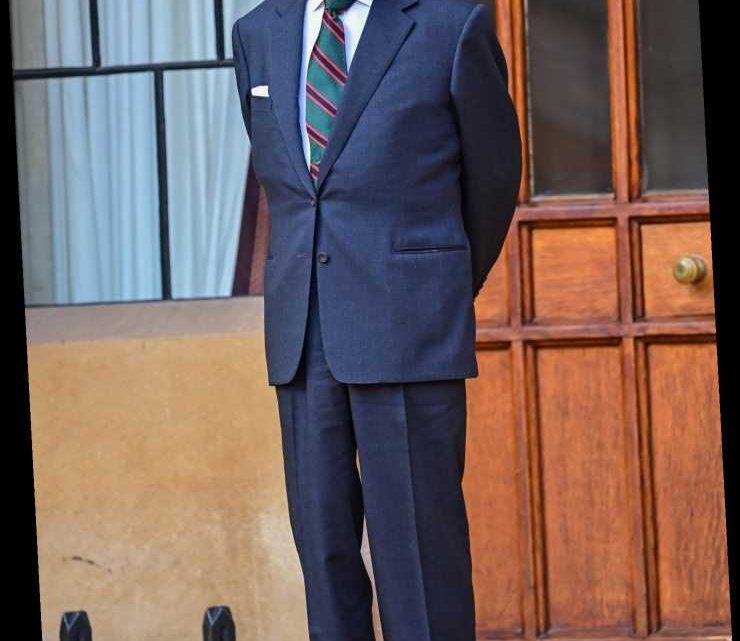 Former What Not To Wear co-host Susannah Constantine is still grateful to Prince Philip for coming to her rescue years ago when she had her own wardrobe malfunction at a dinner party at Windsor Castle.

Constantine, 58, was invited to the royal dinner when she was dating the late Princess Margaret's son Viscount David Linley.

"I was at a dinner at Windsor Castle, as one is, and sat between Prince Philip and, I think, Prince Edward, in a beautiful dress which my father had got me," she recalled during an interview with BBC Radio's Woman's Hour on Monday.

"I didn't notice anything and Prince Philip turned towards me and kind of went towards my breasts. I thought, 'What the hell is he doing?' " she said.

"And I realized that the straps had broken and my bosoms were on display to the entire room. A butler came along with a safety pin and recovered my modesty," she continued. As if to underline Philip's good intentions ( who had beckoned over the staffer), she added, "He was trying to help, absolutely."

Constantine, who now has a podcast called My Wardrobe Malfunction featuring fashion fails, also opened up about her royal fashion mishap on her blog.

"I was a flutter of nerves. At least I looked the part, I told myself. During the soup course, however, the right-hand strap of the dress gave way. I carried on talking, completely oblivious, until the second strap snapped too. Suddenly I was no longer talking but catastrophically exposed, and my boobs literally fell out on the table," she wrote. "Absolutely mortified, I snatched up the front of my dress and pulled it back over my chest. Quick as a flash, Prince Philip raised his hand and a butler appeared with two safety pins on a silver tray. I've no idea how he moved so quickly. Had he witnessed similar fall-outs before? Quietly and efficiently, he fixed the straps to the back of the dress," she continued.

"To this day, I don't know if anyone else noticed because no one said a word. But I bloody noticed — and I'll be forever grateful to the discreet gent who came to my aid. The experience would be embarrassing enough at any dinner party, but the fact I was dining with senior Royals arguably makes it The Ultimate Wardrobe Malfunction," she added. "All these years on, it's a story that always makes people laugh, even if I still shudder at the thought. The dress itself, imbued with the memory, now hangs in my wardrobe, waiting (securely fixed) for one of my daughters."

‘Slugging’ is the K-beauty trend for dehydrated skin
Entertainment