Harry and his wife, Meghan Markle, showcased the tiny royal in the sepia-toned shot on their Instagram account on Sunday. The photo shows the one-month-old peeking out behind his father’s hand, holding one of his dad’s fingers and looking directly into the camera’s lens.

The photo is the most revealing one yet released of young Archie ― previous snaps have only shown his tiny feet and the infant sleeping while protectively bundled in his parents’ arms. 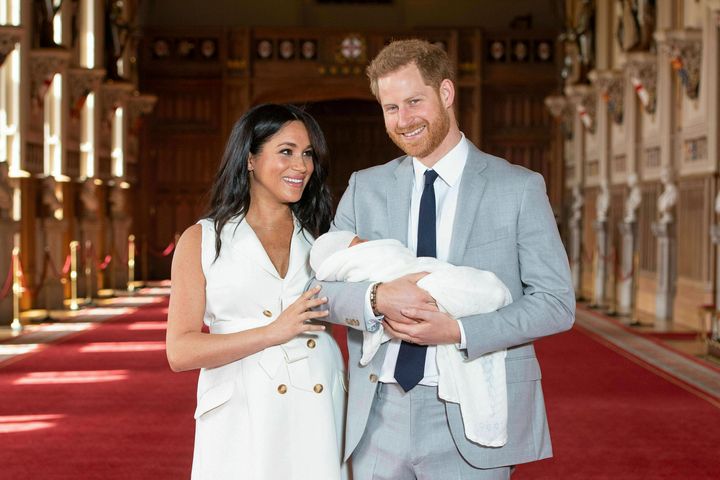 The Duke and Duchess of Sussex welcomed their firstborn, Archie Harrison Mountbatten-Windsor, on May 6.

The Duchess last week made her first official public appearance since giving birth, stopping by the annual Trooping the Colour celebration. The event officially commemorates the birthday of the British sovereign, which for Queen Elizabeth II is on April 21.