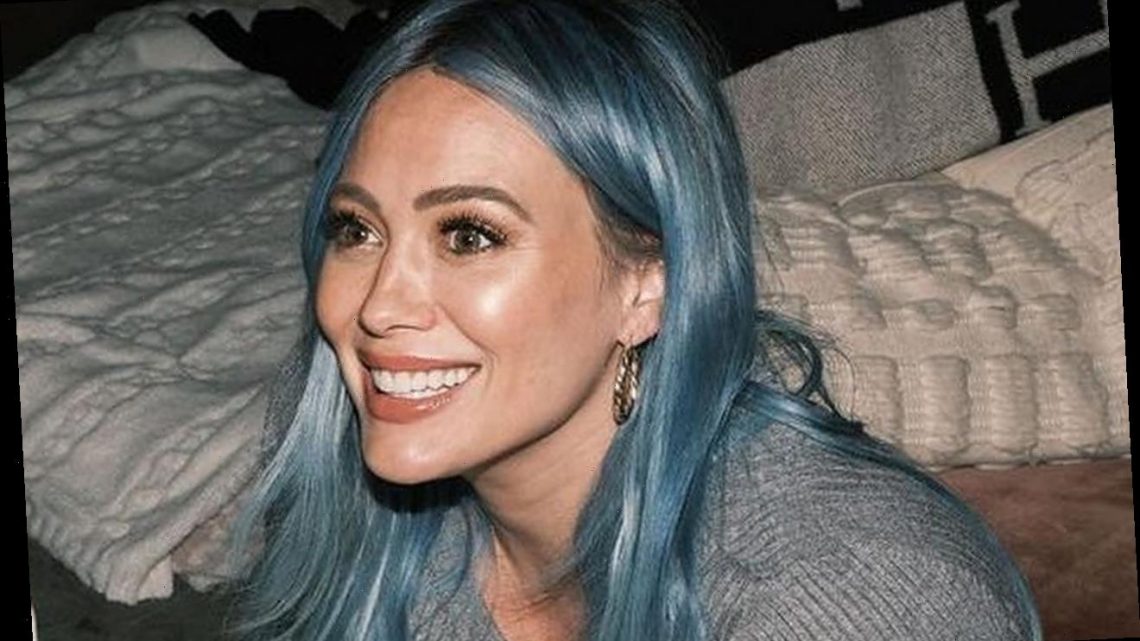 The ‘Lizzie McGuire’ actress insists she still doesn’t know the gender of her upcoming third child while denying speculations about her newly-dyed vibrant hair.

AceShowbiz -Pregnant Hilary Duff has no idea whether she’s having a boy or a girl, but has an inkling she’ll be shelling out on blue nursery decor.

The “Younger” star is expecting her third child – her second with husband Matthew Koma – and opened up about her thoughts on the tot’s gender during an interview on the “Informed Pregnancy” Podcast.

Referring to her newly-dyed blue hair, Hilary joked, “I know the blue hair seems like we do know, but we really don’t!”

She added, “I’m actually a little scared to have another girl because Banks was a tough — she was a tough cookie as a baby, but she’s so great now, so I could see it. But then I don’t know, in my mind I’m like, ‘Maybe she’s my only little princess and she’s going to have her rough-and-tumble brothers.’ “

“Everyone that’s close to me thinks boy, and then everyone that’s more of a stranger that’s like, ‘What are you having?’ They’re like, ‘We call girl.’ “

While Hilary believes she’s having a baby boy, she’s not 100 per cent convinced – an inkling she admits made her feel “guilty” for a long time.

“Honestly, I’m just saying boy. I really don’t have a strong feeling about it either way, which made me feel guilty for the longest time,” she said. “I was like, ‘I should know, it’s inside my body. It’s my baby, I should know.’ I don’t know, and now I’m okay with just not knowing. But I think it’s a boy.”