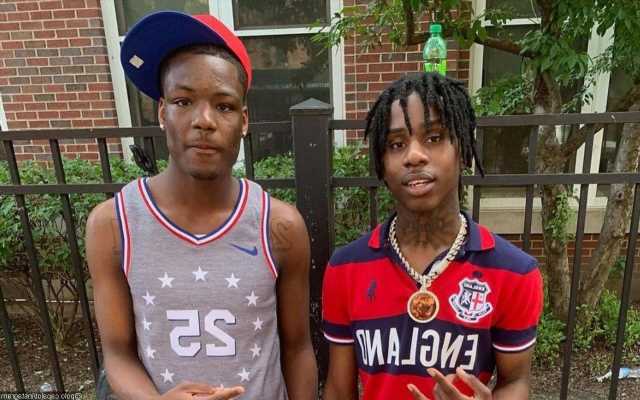 The ‘Rapstar’ hitmaker receives support from fellow hip-hop stars like Lil Tjay, Blac Youngsta and more as he mourns the loss of his friend who had been there for him since the beginning of his career.

AceShowbiz –Polo G has lost one of his good friends due to street violence. The Chicago native is in deep grief after his childhood friend BMoney 1300, whom he often dubbed his “lil brotha” and “blood brotha,” was shot and killed in a shooting in the city over the weekend.

Expressing his feelings, he took to Instagram to mourn the loss. “[heartbroken emojis] My Lil Brotha Man on Gucci I can’t see myself doin this s**t w out you broski,” he wrote along with pictures of his late friend. “Ik I’ll neva meet a n***a like u again one of the realest n***as I eva met in my life I always made sure I reminded u of that. you was The heart of the hood yk how to make a whole room smile couldn’t nobody stay mad around you.”

Sharing videos which show them together onstage, Polo G remembered BMoney 1300 as the person who had always supported him from the beginning of his career. “You was the very 1st n***a to eva show me support in this s**t when wasn’t nobody stuntin this s**t fr,” he continued eulogizing his friend in the caption.

The “Rapstar” hitmaker added, “u let me kno I could do it & had my back all the way my 1st shows my 1st videos the s**t I 1st recorded u was the 1st to hear it dis s**t stretch all the way to the sandbox doe befo this rap s**t.”

In the post, the 22-year-old included a screenshot of his text conversation with BMoney 1300 in which they vowed that they would make it together and help each other on the way up. “We was Just Rockin stages & hoppin off jets broski s**t ain’t posed to b like this yk imma turn up fa u doe fasho I love u broski. just watch Ova me broski I got u man,” so he concluded.

Lil Tjay wrote in the comment section, “keep ya head up bro.” Scorey also sent a supportive message that read, “Chin up bro.” Blac Youngsta and Shiggy were among other hip-hop stars who have since sent their prayers and condolences.

Polo G did not provide details of what led to his friend’s death, but according to reports, BMoney had relocated to Los Angeles to avoid the dark side of street life in Chicago. He returned home to attend an event last weekend, but he was tragically killed during his brief return to his hometown.

The incident reportedly happened around midnight and took place between Cabrini and Marshfield. BMoney, who was also a rapper, was often seen together with Polo G on stage as a hype man and travelled around the world with the “GNF (OKOKOK)” spitter.