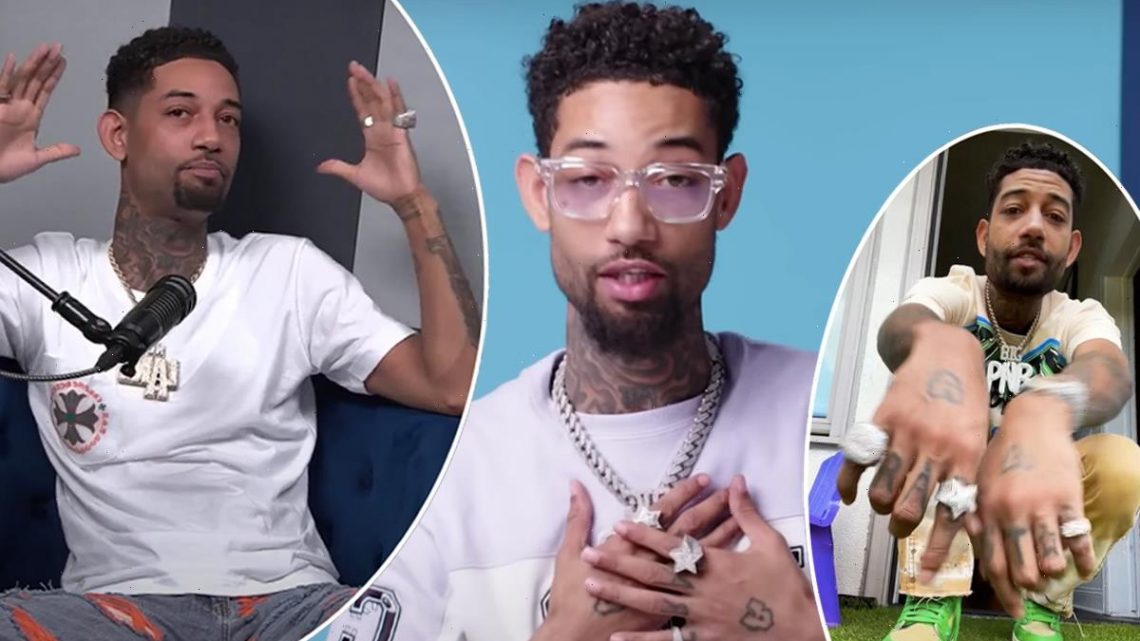 If you’ve been keeping up, you know we reported Tuesday how rapper PnB Rock was tragically murdered while dining out. The assailant demanded Rock’s jewelry before fatally shooting him and fleeing in a getaway car, and as of now, remains at large. However, in one of the Selfish rapper’s final interviews, he actually touched on how rappers often become targets for thieves…

In the sit-down, which was filmed last week, PnB Rock, legally known as Rakim Allen, spoke about artists getting robbed in LA. He explained “it’s so common,” later adding:

“I never got robbed. Ever in my life.”

Sorry, but it’s absolutely crazy he was JUST talking about this a week prior to being murdered for his jewelry.

DJ Akademiks then added that rappers are often viewed as “targets,” to which Rock responded he “move different” ever since his oldest “brother got killed.” He explained:

“I’ve seen people die, I’ve been around people that died, but when that s**t hits your crib crib, you know this is real life. Anybody could die. It could be anybody. The last person that you expect could die.”

As we’ve covered, Rock was at Roscoe’s House of Chicken and Waffles around 1 p.m. with his girlfriend Steph Sibounheuang Monday. Authorities believe a location-tagged Instagram story uploaded to her social media may be a reason the assailant knew where to find Rock, as well as a post of Rock himself, in which you can see the chains he was sporting that day. See (below): 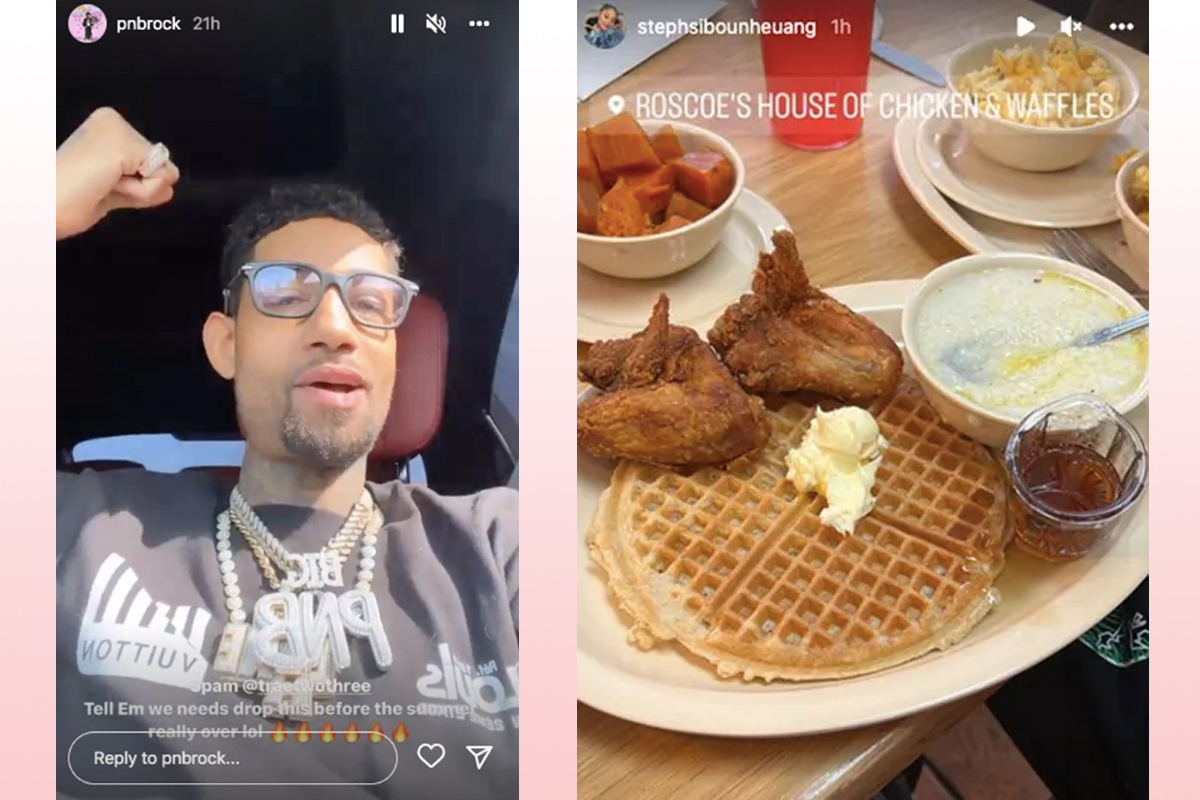 Los Angeles Police Department detectives are working tirelessly to find the killer by reviewing surveillance footage both inside the restaurant and in the surrounding area to try and track down the getaway car. According to TMZ, law enforcement is warning pawn shops in the area to be on the lookout for the stolen items after consulting with those close to the rapper to determine what exactly was taken. They believe the murderer, who was wearing a mask at the time of the incident, will want to get rid of the jewelry as quickly as possible to avoid being linked to the crime.

See the heartbreaking full interview with PnB Rock and DJ Akademiks (below):

Crazy and so sad. What are your thoughts on PnB’s interview, Perezcious readers? Let us know in the comments (below).