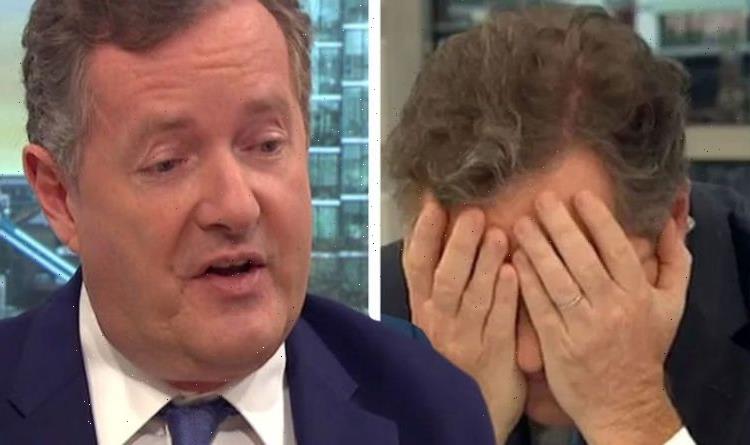 Piers Morgan sheds the pounds as Covid battle continues: ‘As rough as a badger’s backside’

Piers Morgan, 56, was struck down with Covid at the Euro 2020 final, and it’s safe to say it’s been a long old struggle for the former Good Morning Britain star. Having fought hard to challenge the government on their stance against the virus throughout the pandemic and despite following the rules, it seems life had other plans for Piers, leaving him feeling as “rough as a badger’s backside” as he continues to battle the relentless illness.

I still feel as rough as a badger’s backside

In his most recent Daily Mail column, the presenter detailed his health journey so far, which has also affected a lot of his friends.

“It’s now been three weeks since I went down with Covid, and I still feel as rough as a badger’s backside, with chronic fatigue and a lack of taste/smell,” he penned.

“Many friends have also recently had the virus, with varying severity, as the Delta variant spreads like wildfire.

“They include singer James Blunt, who caught it just before he was due to perform several UK shows last week and fought an extraordinary battle to avoid cancelling them.”

He went into detail a conversation he had with he singer, who told him ‘it’s a worse experience than I expected’.

James revealed he was “fine with the fever” but then it moved into his lungs, which then affected his breathing leaving him unable to talk and was left feeling “fairly terrified”.

The singer had concerts planned in Bournemouth but found a “major flaw in the virus.”

“‘It may have silenced my talking, but if I took enough steroids, inhalers, anti-inflammatories and antacids in the hour before the shows, then I could sing,'” he told Piers.

“Obviously, I explained to James, the real major flaw in the virus is that it still allowed him to sing,” the presenter continued to joke.

“But it’s been fascinating to hear how different the Covid experience is for many people.

“In fact, the only side effect we shared was a positive one: weight loss.”

Piers has previously spoken about suffering from “waves of fatigue” which he described as “shocking”.

The NHS website states that most people will make a full recovery in 12 weeks, but it can take longer for others.

The TV star gave fans an update on his health in his Mail on Sunday newspaper column, writing on 27 July: “I’ve been left with waves of fatigue and a persistent cough that apparently could go on for quite a while.

“But by far the most annoying side effect is my current ongoing inability to taste or smell fine wine,” the wine connoisseur added.

In a recent update on Twitter, double-jabbed Piers wondered if anyone else had suffered such symptoms despite having the both doses of the vaccine.

“Anyone else who got virus after being fully vaccinated having same ‘journey’?”(sic)

Many took to the comments section of his post to share their own experiences, with one revealing: “Was double vaxxed with AZ and have spent the past 14 days in hospital on oxygen… no joke this thing!”(sic)

“Yes me! I’m on day 17 still no smell and little taste. Get very tired too after doing very little. Am double jabbed and very shocked at how it has affected me, god knows how ill I’d have been without the vaccine,”(sic) another added.

Galaxy vs Dairy Milk: What makes the chocolate bars taste so different? – how they’re made