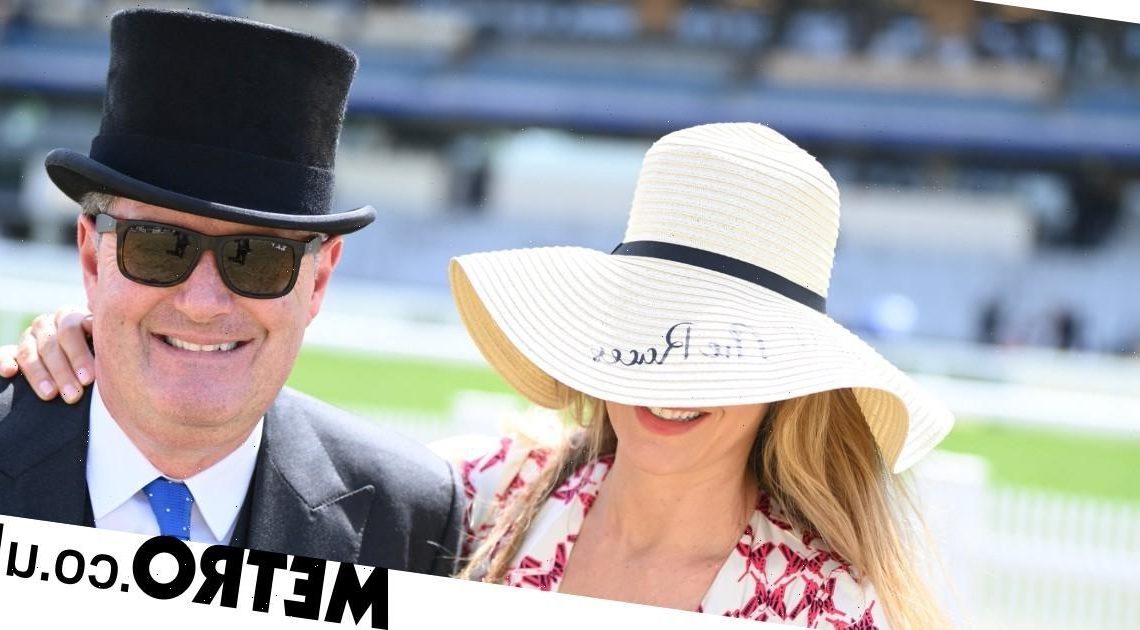 Piers Morgan, Celia Walden joke about having 'body weight in alcohol' at Ascot 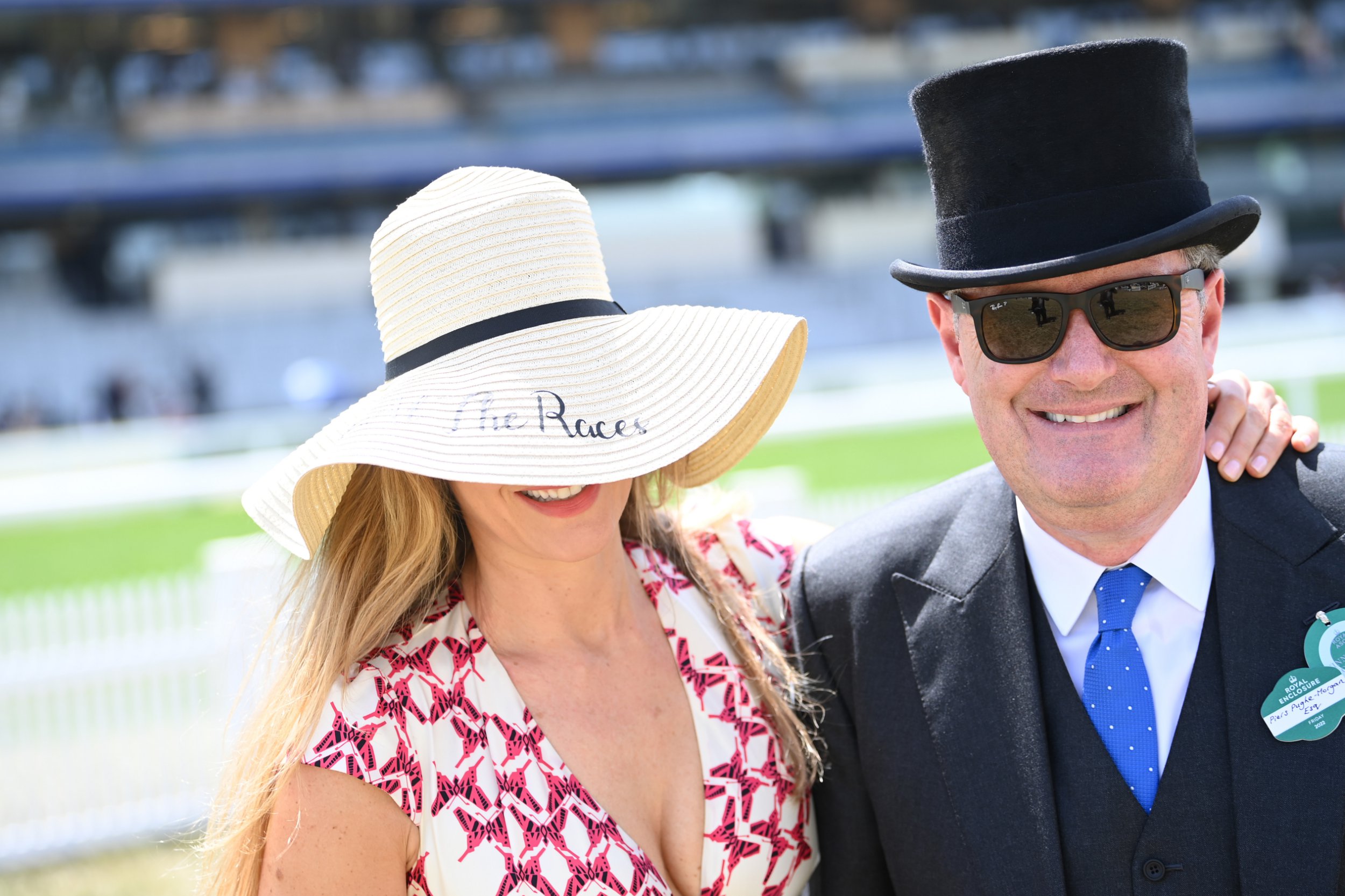 Piers Morgan and Celia Walden are Out Out for the day as they get ready to have their ‘body weight in alcohol’ at the Royal Ascot.

The presenter, 57, and novelist, 46, headed off to the races on Friday for the fourth day of the lavish annual event.

Despite the absolutely roasting sunshine, with England experiencing its hottest day of the year, the pair were well-dressed up for the occasion.

Former Good Morning Britain host Piers wore a full all-black suit, complete with white shirt and tie (and a top hat for good measure), but was pictured beaming despite the heat.

Celia meanwhile opted for a simple, flowing dress with a white-and-wine pattern, matching it with cream heels and a wide-brimmed hat.

Her summery hat – perfect for beating the heatwave – bore the words ‘A day at the races.’

While the pair looked glamorous, they clearly planned a bit of a wild day out, as Celia hinted on social media.

Taking to Instagram on Friday as the couple prepared to enter the races, Celia shared a photograph of Piers in his top hat and the blazing sun to her Stories.

She wrote: ’33 degrees. Body weight in alcohol. What could possibly go wrong @piersmorgan?’

The baking heatwave proved so much that the strict dress code at Royal Ascot was lifted for the first time ever, with men allowed to remove their ties to help cope with the heat.

Another exception allowed spectators to bring in their own water and fizzy drinks to combat the uncomfortable temperatures.

In his photographs, Piers had stuck with the tie – but it’s unclear if it remained as the long, hot day wore on.

The Royal Ascot is renowned for its strict dress code, with men expected to ear waistcoats, ties, top hats and morning suits, and women told to wear ‘modest length’ skirts or dresses, as well as headpieces.

Racegoers had been encouraged to ‘push the boundaries’ of fashion this year, hinting at a more relaxed dress code in some places.

And a spokesperson for Royal Ascot said: ‘The dress code has been relaxed – this means that racegoers will be expected to arrive compliant but can remove jackets and ties as the day goes on due to the high temperatures.’

They added that it was ‘rare to relax the dress code but common sense has to apply in extremes of temperature or weather conditions, for everyone’s safety and comfort.’

However, areas such as the Royal Enclosure remained strict, wth presenter Helen Skelton getting noticed for appearing to break the dress code this week.

She looked stunning in a hot-pink jumpsuit, however the halter-neck piece went against the dress code of the Enclosure.

I'm a nan, and I went out for my first bottomless brunch, I thought I could handle it…turns out I really couldn’t | The Sun
Entertainment