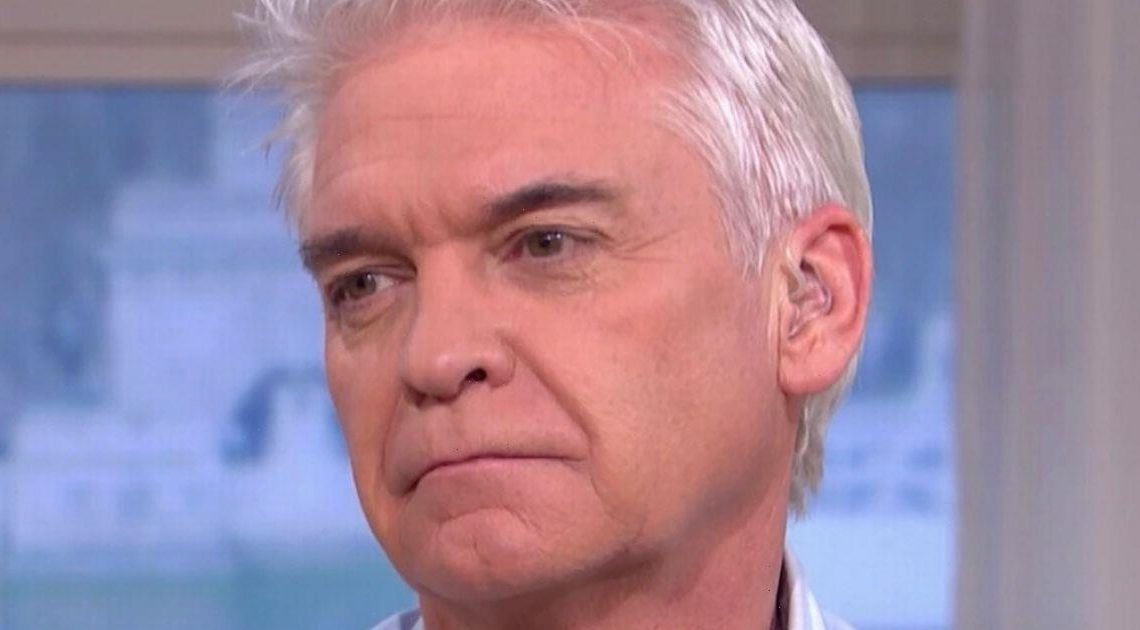 In a recent interview, Phillip Schofield didn't appear to be best impressed when consumer reporter Alice Beer mentioned his age.

The 60 year old This Morning presenter was on the sofa with Holly at the time, when one fan noticed the stare he gave Alice which "could have killed."

But Phil's expression didn't change and, instead, he looked at Alice stoney faced.

"Oh. Oh dear, I should never have done that should I?" she added, looking at his face.

Phil quipped: "What a strange way to resign," while not changing his gaze.

Viewers were quick to take to Twitter after noticing the interaction, with one writing: "They all said happy bday without the number apart from Alice Beer who broke rank. The look he gave her could have killed."

Another said: "Alice mentions his birthday and nearly got sacked. Here's Lisa with a cake."

And a third added: "Alice is getting a b*****king right now from Phil."

Phil turned 60 on April 1 and This Morning helped the star celebrate the landmark day.

The presenter appeared delighted to be receiving his birthday cake from long-time co-host and friend, Holly Willoughby, along with the rest of the crew as he sat in his dressing room.

Then on his actual birthday Phillip had the day off and so the team took it upon themselves to mark the milestone occasion with a party in the studio.

Phillip looked pleasantly overwhelmed as he was surrounded in his dressing room by his singing colleagues and the several presents they had brought him that day.

In one photo he uploaded from the studio party, he shared his gift of two bottles of Pol Roger Champagne, which come in at a price of £440, placed on a silvery tray with two glasses.

Along with the expensive bottles Phillip received were three packets of Ginger Nut biscuits which no doubt would prove to be great snacks for the presenter to enjoy during This Morning filming breaks.

Phillip has been presenting on the ITV daytime show since 2002, when he first hosted with Fern Britton who had replaced John Leslie.

Holly then joined This Morning to host alongside Phillip in 2008 and the pair have been inseparable on TV ever since, showing off their great chemistry and sharing a few giggles on air from time to time.

Speaking on Lorraine in 2021 about her years long friendship with Phillip, Holly said: “We love each other. He’s been a huge support for me right since the very beginning, in a friendship sense and also within my career.

"He’s guided and moulded me from the very beginning. He’s been like my teacher really and not many people do that, but he’s always been very generous and very giving. He's been my champion since the get go so I’m very lucky."