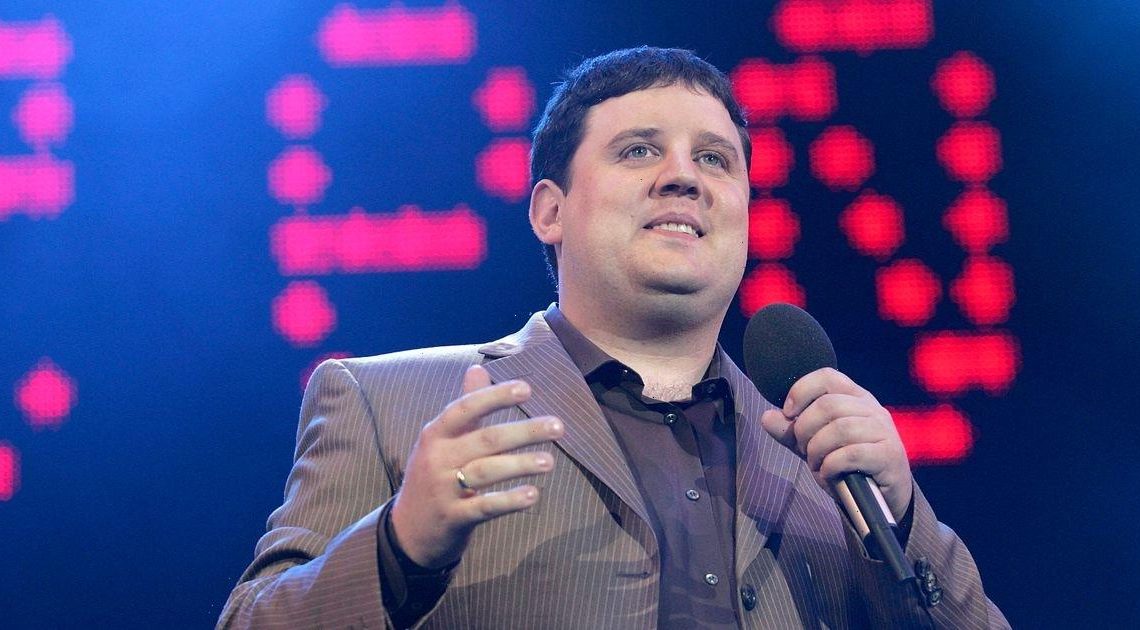 Comedian Peter Kay joked that he would go away for four more years after receiving huge applause and a standing ovation at his eagerly anticipated comeback gig.

Peter made his return to stage at Manchester's O2 Apollo for the first of two live Q&A's on Saturday.

After being clearly overwhelmed by the positive reaction from the crowd, he told them: "I've never in my life had a standing ovation when I came on." He added: "I'm going to go away for four more years."

Peter took to the stage for the Doing It For Laura events, held to raise money for cancer patient Laura Nuttall.

Cancer patient Laura Nuttall and her mum Nicola have spoken about how their old friend Peter Kay is stepping back into the public eye to help them raise money for treatment.

The mother and daughter joined Eamonn Holmes and Ruth Langsford on Tuesday's This Morning to tell how they had rekindled an old family friendship with the star who has generously offered to put on a stand-up show after years away from the stage to help them.

Peter, 48, cancelled tour dates back in 2017 citing unforeseen family reasons and has always kept his reasons for stepping back from work private.

But he offered the Nuttall family a comeback gig on August 7 after seeing them on the news talking about Laura's illness.

Laura's dad Mark worked with Peter in the past, but hadn't spoken to him in 15 years until he got a call saying that he had seen the family on TV talking about their 20-year-old daughter's rare form of brain cancer.

Mum Nicola said: "Since Laura was ill we've been out to the pub with him twice and we don't talk about the fact that she's ill, we just laugh our heads off. He's just the best company."

Laura told Eamonn: "I agree with what you said, laughter is the best medicine and Peter Kay can make anyone laugh hysterically."

Nicola explained that they had originally started seeing him again as a friend, but that he had generously told them he would perform a stand-up show to raise some of the thousands needed for a pioneering treatment in Germany.

She said: "We just enjoy his company and I came up with the idea to do a charity ball in our local play centre to raise money."

She added: "I sent him a message saying it's a long shot, but did you fancy maybe coming and doing a bit of a turn for us.

"He said, well I could do that, or I could phone the Manchester Apollo and see what their availability is like."

For the latest news and updates on Peter Kay, sign up to our daily OK! newsletter.