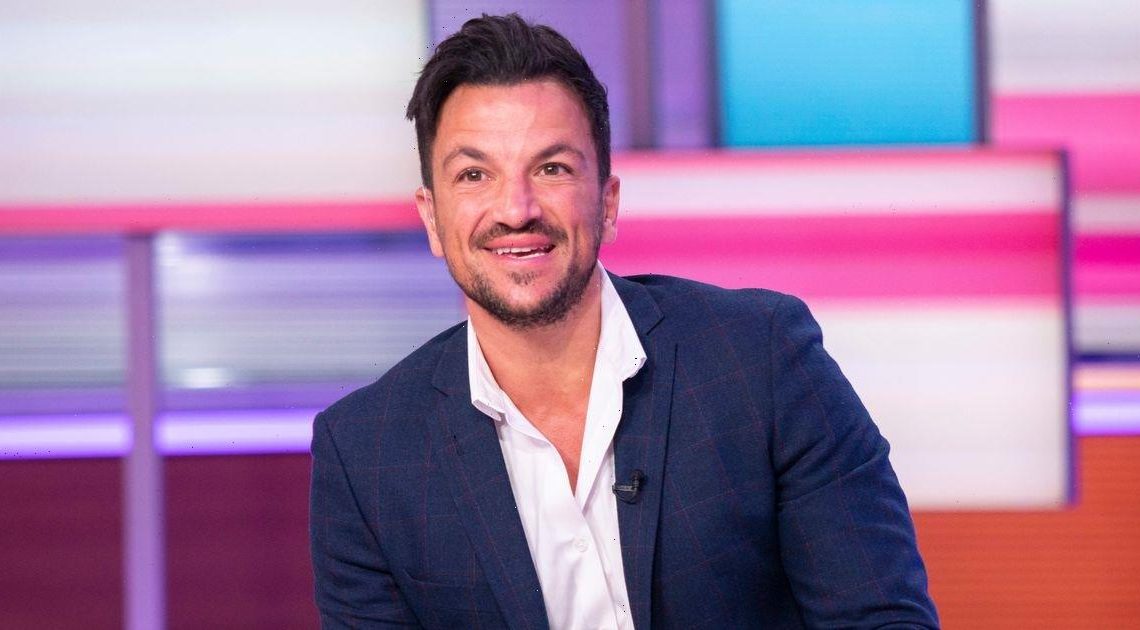 Peter Andre unexpectedly recalled a previous romance on This Morning, as he described how he “fell in Love” withKatie Price onI’m A Celebrity… Get Me Out Of Here!.

The pair met during the stint in the jungle in 2004 and tied the knot a year later.

They had two children together – Junior, now 17, and 15 year old Princess – but their fairytale marriage was short-lived, as it ended in divorce four years later in 2009.

Peter, 49, appeared onThis Morning on Friday to share memories of his time on I’m A Celebrity ahead of the new series starting on Sunday (6 November).

This Morning host Dermot O’Leary asked Peter who he had bonded with during his time in the camp – and the thoughts of the Mysterious Girl singer immediately turned to Katie.

Peter said he will “definitely” be watching the new series of I’m A Celebrity, adding that the addition of Mr Hancock was sure to spice things up.

He said: ‘It’s a really good line-up. I was really impressed when they had Chris Moyles and Boy George but now obviously there’s a new addition…Things are going to be fiery.”

It was the second time Peter had appeared as a guest on This Morning this week. He was also a guest on Monday 31 October for an Addams Family Halloween special, dressing as a ghoul to perform his 1996 hit song Mysterious Girl for hosts Holly Willoughby and Philip Schofield.

Mum-of-five Katie Price has also recently spoken of her jungle romance with Peter.

During an appearance on ITV's I'm A Celebrity…A Jungle Story in 2020, she said: “I was just fixated on Pete. People saw our relationship develop.

“Having Pete there in the jungle did make it easier because you'd fall asleep thinking of him and wake up seeing him there.

“If you haven't clicked with someone in there, I think it's quite hard and lonely.

“It was a proper love story and I think me and Pete are the only ones who had kids come out of it.”

After their split, Peter went on to marry Doctor Emily MacDonagh and they now have two children together, daughter Amelia and son Theo.

Katie, meanwhile, went on to marry Alex Reid though they split after two years. A later marriage to Kieran Hayler lasted eight years.

As well as the two children she shares with Pete, former glamour model Katie is also mother to son Harvey, from her relationship with Dwight Yorke, and son Jett and daughter Bunny with Kieran.

She's currently preparing to get hitched for a fourth time, this time to Love Island star Carl Woods.