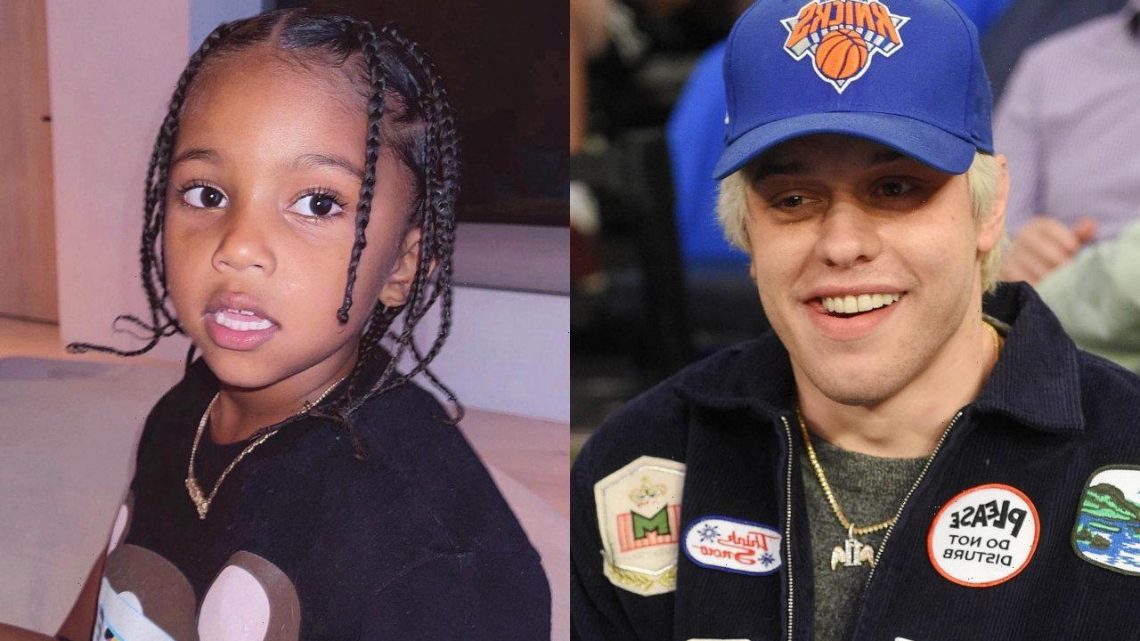 The ‘Saturday Night Live’ alum is caught taking the 6-year-old son of his girlfriend and Kanye West to The Grove mall in West Hollywood while the SKIMS founder is nowhere to be seen with them.

AceShowbiz –Pete Davidson has enjoyed a day out with one of his girlfriend Kim Kardashian‘s children. On Saturday, June 4, the comedian was spotted taking Saint West on a shopping trip to The Grove mall in West Hollywood without the reality TV star.

The 28-year-old played an attentive stepdad to his girlfriend’s son as he was seen sweetly holding the 6-year-old boy’s hand in a video obtained by TMZ. It appears that the funnyman took Saint for lunch as casual family-friendly spot The Cheesecake Factory during the outing.

Being a carefree boy he is, Saint led the way through the bricked roads of the outdoor complex. The two dressed casually for the outing, with Pete donning a gray T-shirt, green shorts and a baseball hat that covered his recently-dyed blonde hair. As for Saint, he rocked a blue T-shirt and matching shorts with a bucket hat and sandals.

While this marks the first time Pete was spotted alone with Saint, the Staten Island native has previously shown his dedication to Kim and her kids. In early May, fans spotted his new tattoo on his neck which reads “KNSCP,” leading fans to speculate that it stands for Kim, North, Saint, Chicago and Psalm.

Back in April, the “Saturday Night Live” alum was also caught spending a fun time with Kim’s eldest kid North West. The two were seen cruising around in what appears to be Scott Disick‘s gated community in Los Angeles, riding around in a pink, electric MOKE car for around 30 minutes.

The actor was sitting behind the wheel with North sitting on his lap. Scott and Kourtney Kardashian‘s daughter Penelope Disick reportedly joined them during the fun ride.

Pete’s outing with Saint comes following report that Kim and Pete are talking about moving in together after dating for nearly eight months. “It’s not a decision either one has taken lightly. Kim would never take that plunge without discussing it with all of her kids first,” a source told HollywoodLife.com, referring to Kim’s four children with Kanye West. “At this point, Pete has spent so much time with her kids and he absolutely adores them. She kind of sees Pete as a big kid himself, and she loves seeing how well they all get along.”