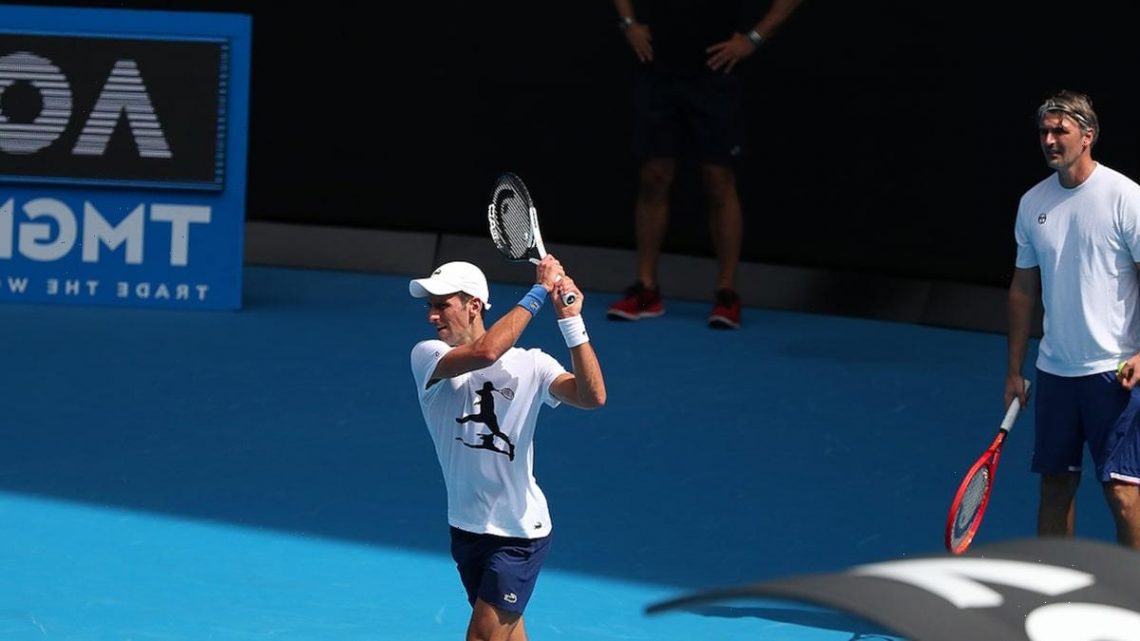 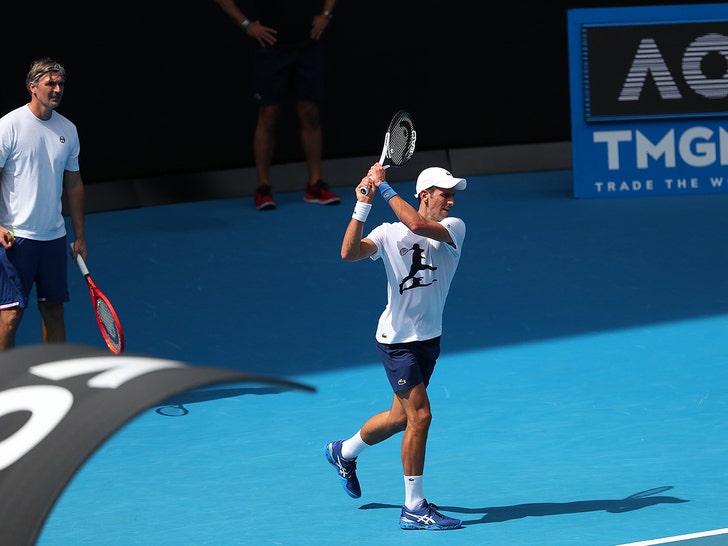 Novak Djokovic is making sure he’s ready for next week’s Australian Open despite uncertainty he’ll be allowed to remain in the country — hitting practice courts hard Down Under on Tuesday.

The tennis superstar was spotted getting in a lengthy workout at Rod Laver Arena in Melbourne … hitting balls and sweating just six days away from the start of the big tournament. 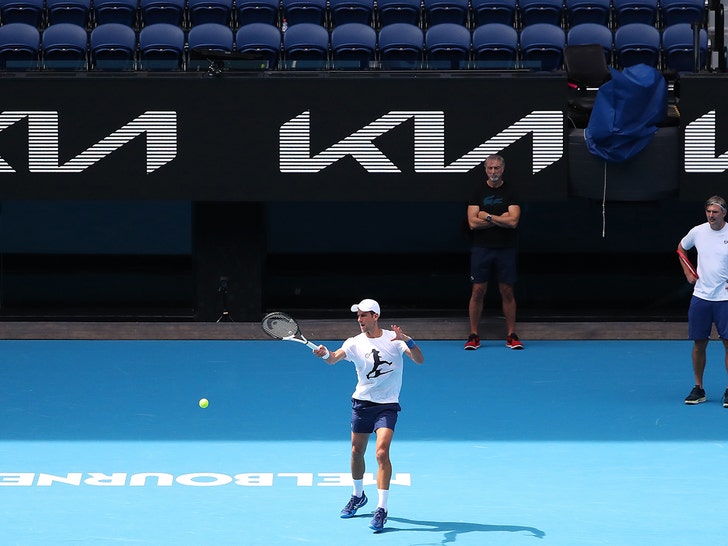 Of course, Djokovic needs all the practice he can get … considering he was cooped up in a hotel for nearly a week after Australian authorities tried to bar him from entering the country.

Djokovic and law enforcement feuded over his COVID-19 vaccination exemption status … but after the 34-year-old won a key appeal on Monday, he was let into the country so he can gear up for The Open. 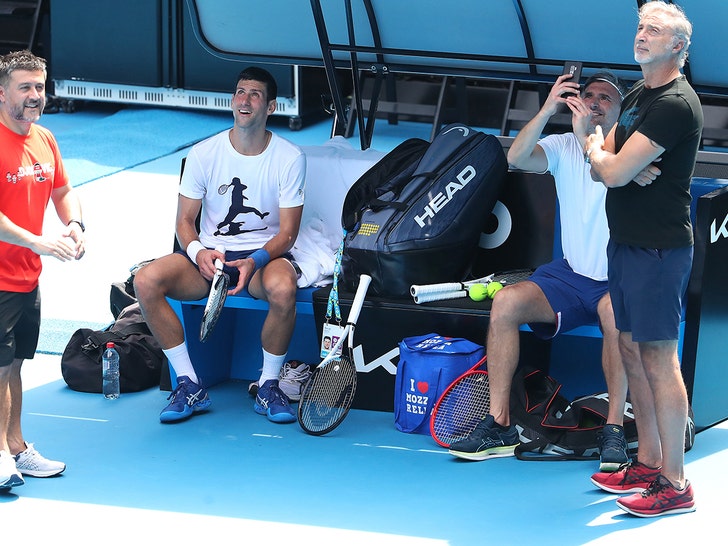 And, by the looks of things, Djokovic seems to be ready to defend his title. In the photos, Novak appears to be in good shape.

Djokovic is still not 100 percent certain about his status for the event … Australian authorities are still exploring the possibility of canceling his visa a second time — which could lead to a three-year ban from the country for the tennis player.

But, for now, Djokovic is freed … and, clearly, he’s moving forward with every intention of trying to win his fourth straight Australian Open trophy.