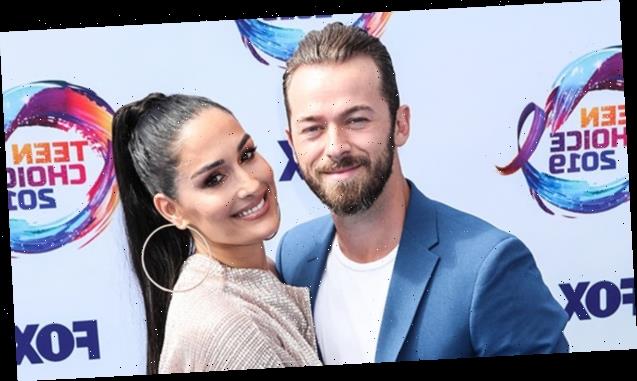 Nikki Bella talked about her relationship with her fiance Artem Chigvintsev in a new podcast interview and admitted he did something that made her feel ‘really off.’

Nikki Bella, 37, wants everyone to know that she and fiance Artem Chigvintsev, 38, sometimes have issues like any other couple. The new mom opened up about going to therapy with the father of her adorable five-month-son Matteo, during her appearance on the Jan. 26 episode of Off The Vine, a podcast Artem’s most recent Dancing With the Stars celeb partner, Kaitlyn Bristowe, hosts. The subject came up when Kaitlyn admitted that even though they won the Mirrorball Trophy during season 29 of the show, she had clashed with the hunky dancer  and asked Nikki if she had the same experience when she was partnered with him in the 25th season, before they were romantically involved.

“Tell me, was Artem…Did you feel like he hated your guts during the season, or did you guys have, like, a flirty thing?” Kaitlyn asked Nikki on the episode. 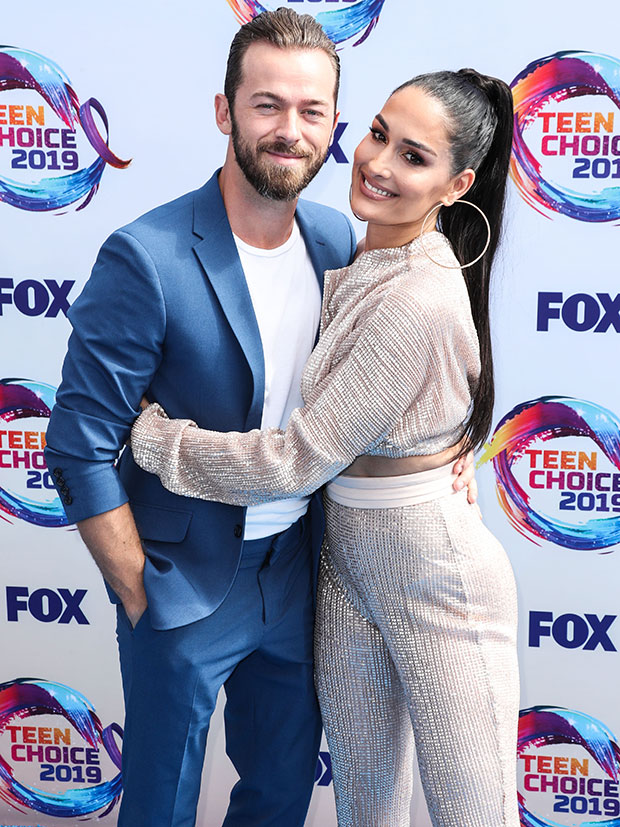 “He kind of made a comment about my jive and got really mad at me,” Nikki said while also calling his mood “super strict”. “And I was like ‘You know what, dude? J.Lo and Beyoncé don’t jive. I don’t have time for this.’ And I walked out and I got in my car. I remember at the time calling John [Cena] going like, ‘I am quitting. Like, I am not going to stand for this. He is a dick!’”

Nikki further explained that now that she’s known Artem for a few years, she understands that “when he gets really stressed, he doesn’t realize his tone.” She also revealed that this is what they are in therapy for.

“We’re actually in therapy for this,” she said. “I remember, like, even during dress rehearsals sometimes, I’d be like, ‘Is he mad at me?’ It’d make me feel really off. And it’d just be his tone.”

Kaitlyn told Nikki that her admissions made her feel better and helped her to realize he wasn’t like that with just her. “I’m glad because I was like, maybe he just didn’t like me at all as a person,” she said. “Because I’ve heard all the dancers are like that—very strict, that’s kind of how they grew up in their world of dancing, that’s how they were taught—and Artem even said to me, ‘I don’t want to use Russia as an excuse, but I’m Russian.’”

Nikki’s confirmation about her and Artem’s therapy to Kaitlyn comes just a few months after she talked about going after his season of Dancing With the Stars ended in Nov. “We’re going to start after the season and it’s mainly just to be amazing parents and knowing how to balance parent life out and also our own relationship,” she said during an interview on The Tamron Hall Show, which can be seen in the clip above. “Because Artem and I don’t ever want to have a struggle. You know, we plan on being married.”

What is a thread lift? Before and after pictures of the anti-aging cosmetic treatment
Entertainment