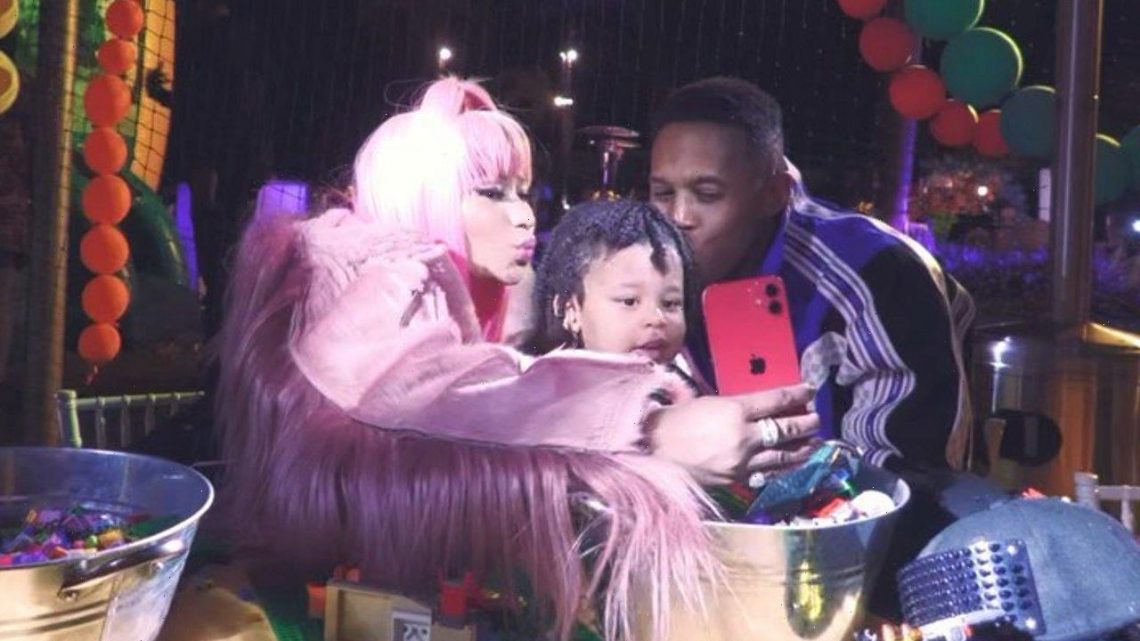 The ‘Super Freaky Girl’ hitmaker finally responds to speculations that the real name of her two-year-old son, whom she has been referring to him as Papa Bear, is Jacob.

Earlier this week, TikTok user @whomamagonecheckme2 shared a clip musing about the boy’s possible name. Shutting down the speculations, Nicki wrote in the comments section of the post, “That’s definitely not his name but at least you got some views & likes, right?”

The user responded in a follow-up video, “Hey Nicki, before I show a video as a Barb, I don’t need to say your name for views.” She further defended herself, “That video didn’t break half-a-million. Only 44,000 likes. But I got 60 million views this month,” before concluding, “Nicki, it’s all love, but don’t say I made that up out of nowhere. Definitely didn’t do it for clout.”

Fans speculated that Papa Bear’s real name is Jacob after late last month Nicki shared an Instagram Story video of her husband Kenneth Petty carrying the 2-year-old boy on his shoulder. In the post made late last month, the 39-year-old proud mom could be heard baby-talking to her adorable child in the Instagram Story clip as saying, “Hi, Jacob, hi.”

Nicki later panned the camera to Papa Bear, who could be seen wearing a brown T-shirt with a matching cap and holding a pink cup of ice cream. Upon seeing the beaming boy, the Grammy-winning rap star giggled. “What are you doin’?” she asked him.

Indeed, Nicki has yet to share the name of her son publically. The “Super Bass” rapper has been referring to him as Papa Bear. He was born on September 30, 2020. On October 24, Nicki threw a minion-themed birthday party for him.

Offering a closer look at the bash, Nicki posted a series of family photos on Instagram. In one of the snapshots, Nicki posed alongside Kenneth and the adorable birthday boy. In the caption, she sweetly expressed how happy she’s being his mom. “On 9/30/22 you turned 2,” she began. “#PapaBear, your Dad & I love you so much. You make us so happy. You’re perfect. Thank you for giving mama new meaning to life. God cover you. Always.”