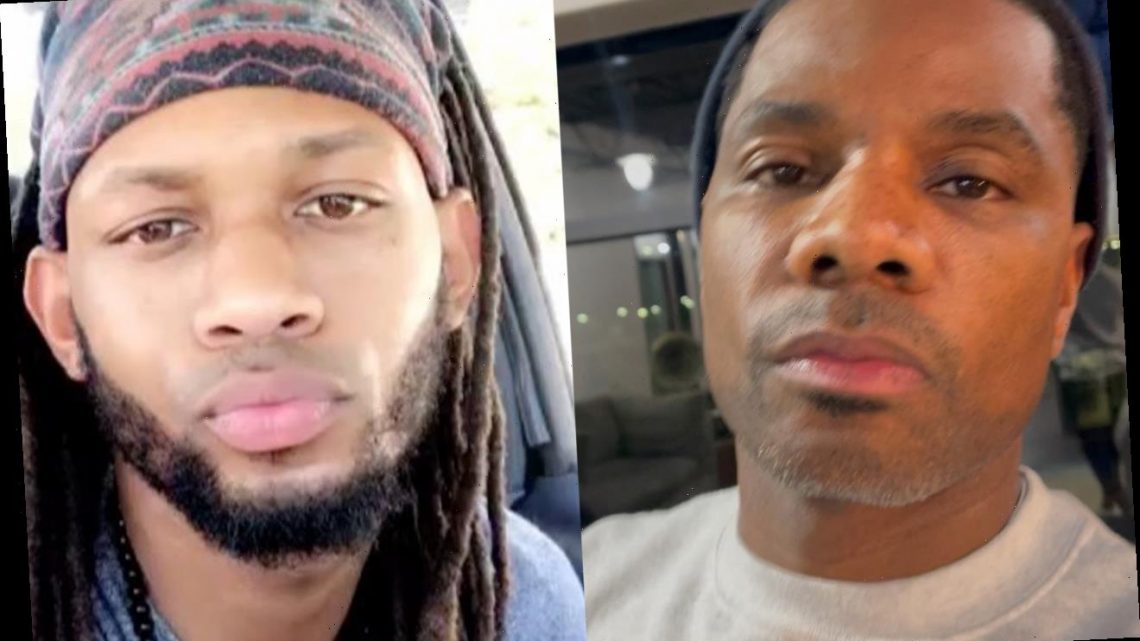 Following Kirk’s interview in which he claimed ‘there hasn’t been any physical abuse,’ the leaked audio tape captures Kerrion allegedly calling his father his ‘molester.’

AceShowbiz -Another tea is spilled on Kirk Franklin‘s fractured relationship with his son Kerrion Franklin. Following the gospel singer’s first interview addressing their feud, he’s now exposed for allegedly molesting his own son.

On Thursday, March 18, YouTube blogger Armon Wiggins revealed the “receipt” he’s got in which someone, who said his name is “Kerrion,” called Kirk his “molester.” According to Armon, based on the info he got from his source, the audio was recorded at a hostel in Los Angeles during 2020 Christmas Day.

In the leaked audio, Kerrion got into a bickering with his friends, during which he claimed he’s the son of a “famous person.” Later, when Kirk’s son was played, Kerrion said, “Thanks for playing my molester’s music.” Armon, however, reminded his viewers and followers that what he spilled was all “allegedly.”

Just a day prior, Kirk explained to Tamron Hall what led to his very public fallout with his son Kerrion. Revealing that his son has had issue that took him “in and out of counseling and therapy for over 20 years,” he claimed that Kerrion became “more aggressive” as he became “a grown man.”

Kirk claimed that he has “been trying to rally for years to try to help” his son, “and like I said now that he’s about to be 33 as a grown man the relationship at times can become very agitated and very frustrated.” Though the counseling and therapy didn’t seem to be successful just yet, the 51-year-old added, “I’m not going to stop trying to help, you know, he’s my son.”

Kirk, however, denied Kerrion’s allegations that he had abused him. “And again, as he’s gotten older, his disrespect has become more aggressive. But I’m confident that his mother, myself, Tammy, my family, there’s never been anything physical that concerns me, or even makes me uncomfortable because I know the truth, he knows the truth, and I love him,” he said. He stressed later, “I’m confident that there hasn’t been any physical abuse.”

Kerrion previously leaked his phone call with his father, in which the singer used expletives while berating him. Kerrion defended leaking the phone call, saying, “He got the recordings I didn’t record him without him knowing he knows I’m always recording and still provokingly talks to me wild very often too often.”

Meanwhile, Kirk has apologized for it. “Recently, my son and I had an argument that he chose to record. I felt extremely disrespected in that conversation and I lost my temper, and I said words that are not appropriate,” he explained in a video. “I am sincerely sorry to all of you, I sincerely apologize.”

Graziers and greenies unite in ‘drive to save the forest’

‘Grey’s Anatomy’ Recap: Meredith Admits Not Being Able To Be With Derek Is ‘Torture’
Entertainment