Sound the alarm! Natalia Dyer is talking about her boo Charlie Heaton and this, like, almost never happens. Both Dyer and Heaton are usually very tight-lipped about their romance. However, Dyer gave us just a little glimpse into their lives as lovers and Stranger Things co-stars and it’s just the best. Honestly, Natalia Dyer’s comments about filming Stranger Things with Charlie Heaton are oh, so cute. I bet they are so adorable on set… sigh…

In a new interview released Monday, July 1, Dyer talked with Refinery29 about filming the third season of Stranger Things, in which her boo-thang Heaton plays her love-interest, Jonathan, on screen. Dyer discussed working on "long days" with someone you also spend all your free time with and it is so cute.

“It’s an interesting thing to work with somebody who you go home with. It’s always really fun," she revealed. "We’re really comfortable with each other, so we can play and feel more free, and we can talk about it before." Aww… I bet their natural chemistry just makes the scene that much better.

Dyer has opened up about Heaton once before. During the 2018 SAG Awards, she told Us Weekly, "He’s talented, like everybody in the cast. They’re all super, just great to work with." When pressed a little further about working alongside her boyfriend she said, "It’s a lot of fun, truly." 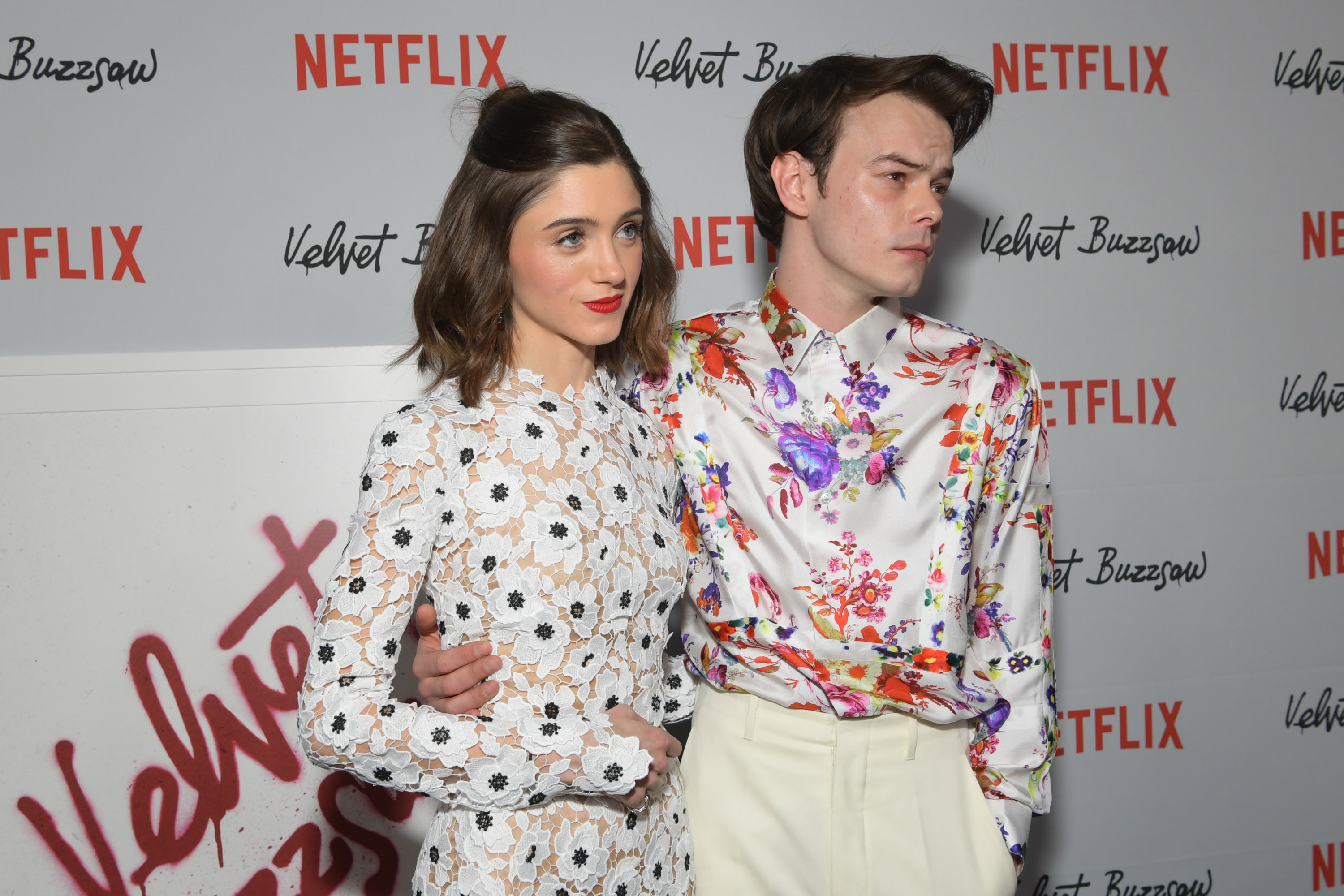 I love it. But, it seems as though that’s as much info Dyer’s going to dish on her personal relationships since she likes to keep her private life, well, private. "That’s something important to me — with my family, with my friends, I really like to keep it for me,” she said.

Dyer, who likes to keep a low profile, also admitted she wasn’t really ready to add a baseball cap to her wardrobe. "Nobody really tells you about the baseball cap thing. All I know is I’ve never worn one before, and now I wear them all the time," she said.

I guess it comes with starring in one of the most popular shows on Netflix. At least, for someone who likes to keep out of the public eye, it seems as though she’s found her match. See, Heaton never really gives anything away about his romance with Dyer either. He did get a little candid with V Man magazine in February 2019, however, saying, "You can break the walls down with your partner. Because we work in the same industry and have had similar trajectories, we’ve gone through it together. Sharing that does bring you closer. They understand something that maybe no one else would."

Is it just me or was that also super poetic? I’m so happy for them and their cute, but kinda low-key relationship.

Dyer and Heaton were first linked in 2016 after the first season of Stranger Things premiered on Netflix. Then, the pair confirmed swirling romance rumors when they were snapped holding hands in New York City in 2017. Now, in 2019, Dyer and Heaton are giving me the tiniest slivers of info on their relationship. I wonder what’s next. Probably nothing for another two years, but at least we have the third season of Stranger Things premiering on July 4 to hold us over.

‘It’ Filmmaker Andy Muschietti Eyed to Direct ‘The Flash’