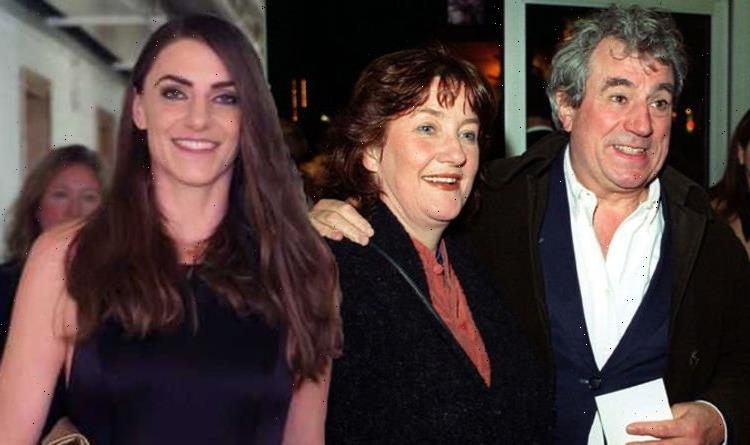 Terry Jones sadly passed away last year at the age of 77 following a battle with dementia. His children, Bill Jones, 45, and Sally Jones, 47, are taking their father’s second wife Anna Soderstorm, 38, to court due to what she was left in their late fathers will.

He would be turning in his grave.

Anna has finally spoken out on the matter ahead of her High Court battle.

Talking to The Mail on Sunday, Anna detailed the moment she was told that her husband’s children would be contesting his will.

She said: “Within a few days, I was getting solicitors’ letters telling me they wanted the house that I was living in with our daughter – the half-sister of Terry’s other children.

“He would be turning in his grave, seeing what they are doing to me and his daughter.”

The Monty Python stars’ elder children believe their father did not have the mental capacity to change his will and are now claiming for “reasonable provision” to their father’s estate under the 1975 Inheritance Act, according to The Sun.

Terry left his estate to his wife of nine years Anna and their daughter, Siri in 2015.

He left Fegg Features, the company that handles royalties from his work to his first wife Alison and children Sally and Bill.

Anna sold the property she was left with for £2.8 million in March, and now lives in a two bedroom flat in Camden, North London.

His children and the comedian’s first wife Alison argue that they are entitled to a share in his estate’s profit’s as due to Terry’s dementia he did not understand what he was signing, nor the consequences of putting Anna’s name on the mortgage.

Anna does not agree with this as in 2015 when he signed the will he was working on the Simon Pegg film Absolutely Anything and even travelled to America in April 2015.

According to The Mail, Anna suspects the decision to contest the will stems from his family’s resentment for leaving them for her.

Terry and Anna met when she was 23 and a student at Oxford University and he was 61.

In 2012, Terry and Anna married and settled in Highgate with their daughter, Siri.

She said: “I have lost my 30s to Terry’s illness and then this legal fight.

“I have a good education and I have always worked. I was always able to support myself.”

Anna detailed how close her daughter was with Terry and the awful effect this situation is having on her.

Anne said: “Siri would call him Daddy Toad after the character in his version of Wind In The Willows, so he would be so devastated to realise that if this money goes, she will suffer.

“Sally and Bill will literally be taking money from their sister’s care, that’s the truth of this.”

Anna’s only wish more than anything is that the family could sit down together and talk about the situation in order to “show some respect for Terry”.