Gardeners’ World host Monty Don, 65, told fans his dog Nellie had to undergo emergency surgery after suffering from a “horrible” accident, which was caused by a stick, during a walk. Most recently, he shared a picture of his pet pooch as he gave an update about her recovery.

“Chasing a stick, she impaled herself on it and speared her throat, missing two arteries by millimetres.

“Thanks to our brilliant vet, working at night, she is fine- if very sorry for herself. So please DON’T THROW STICKS FOR DOGS.”

One Twitter user replied: “The vet’s wife has huge sympathy chances of survival limited cos of splinters in throat and/or infection so please total vigilance for next two weeks message from vet the spouse.”(sic) 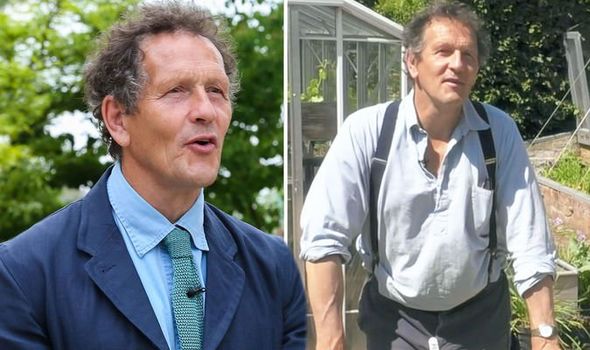 In response to this post, Monty said: “Wound cleaned – lots of quite large material removed – flushed and now antibiotics.”

“And they’re a darn sight more eco-friendly than anything manufactured we might use instead.

“Condemn the use of sharp sticks and I’m with you.” 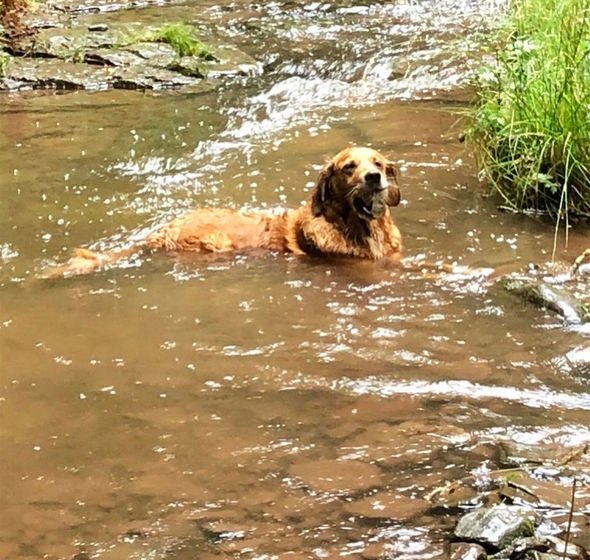 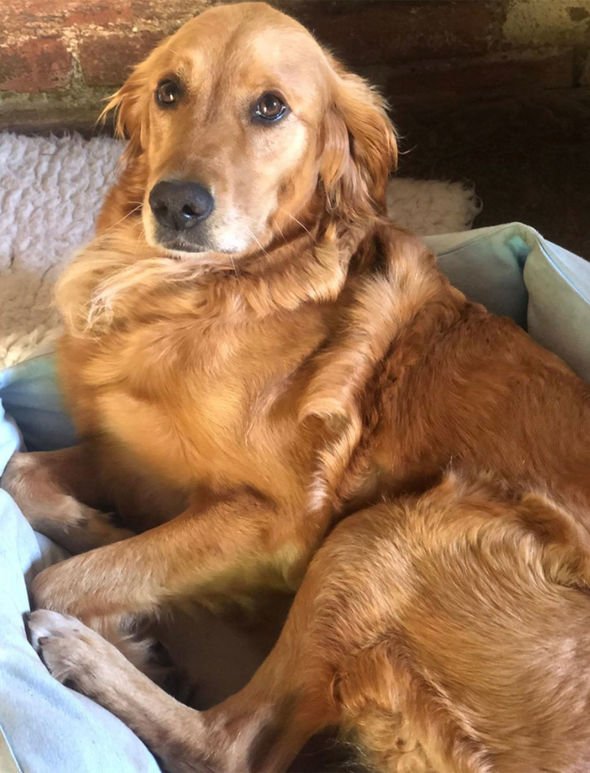 The presenter replied: “They do – Nell is obsessed by it. But this was just something she picked up in a field.

“By all means let them pick and carry them – but don’t throw them.

“My vet says this kind of damage and worse – happens all the time.”

The garden expert has since told fans his dog was “recovering well” thanks to a “brilliant emergency vet”.

Following this post, Monty shared a snap of Nellie out for a walk.

He told fans it was “tough” that his dog didn’t “understand” why he wouldn’t throw a stick at her, following her accident.

The presenter followed up his post with a picture of his beloved pet with a ball in her mouth as she splashed around in water.

“Nell cooling off after lots of ball – not stick – chasing,” he captioned the picture.

One user warned: “Please be careful of tennis balls and large dogs… they are a potential death risk. A friend’s dog died.”

“Lovely Nell! So relieved she has recovered from her ordeal,” a third penned.

Yesterday, he shared a snap of his fully recovered dog alongside the caption: “Happy Nell.”