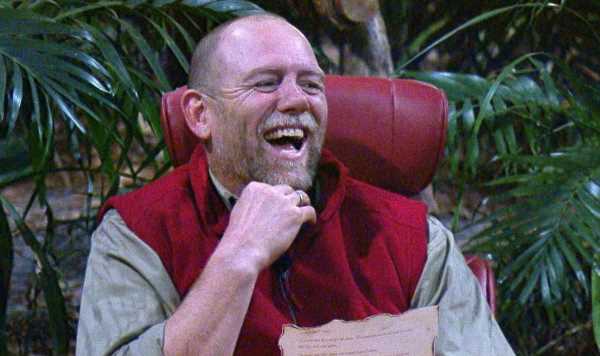 I’m A Celeb: Mike Tindall strips off by the pool

I’m A Celebrity…Get Me Out Of Here! alumni Roman Kemp has revealed the key to Rugby International Mike Tindall being crowned king of the jungle is for him to show his sensitive side. Speaking on the Netmums podcast, the Capital Breakfast presenter said that Mike Tindall is hands down one of the nicest people he has ever met.

He said: “I would love to see Mike win it.

“Mike Tindall is one of the nicest people I have ever met in my life and I include my dad in that.

“I really hope we see more of an emotional side to Mike, because I think if we get that he will win.”

Roman shared his thoughts on Mike’s hopes to become King of the Jungle while he was discussing his new book.

In the publication, Roman tries to tackle the taboo subject of suicide and why it is ok not to be ok.

On the podcast, he talks candidly about his own personal struggle with suicidal thoughts and how he tried to tackle the problem.

Roman readily admits that one of the happiest times of his life was his stint in the Australian jungle in 2019.

He said of the 2022 campmates entering the jungle: “It made me really emotional watching people going in there, because when I went in the jungle it was one of the happiest times of my life and seeing it there was really cool.”

Of Jill Scott he said: “Jill Scott is my hero. She is a winner and from what we have seen of her so far in the show, she works on a team mentality.”

Adding: “She will love that element of it. I can’t see anyone else winning over her.”

However, the star admitted that he thought Charlene White also has a good chance of being crowned Queen of the Jungle.

He said: “I do love Charlene. I think Charlene is great and I think she could potentially be in the top three.”

The TV personality also offered up some great tips on how to survive the tough times in the jungle.

He said: “It sounds ridiculous but it’s one of those things, don’t argue with other campmates.

“Understand it is a TV show and always know what it is.”

Adding: “My thought process towards this show is they kiss you on the lips, then kick you in the nuts.

“It’s certainly a show that you need to be wary of.”

Shoppers Say This $4 Catnip Toy With Over 15,000 Reviews Is a ‘Dream Come True’ for Cats
Entertainment