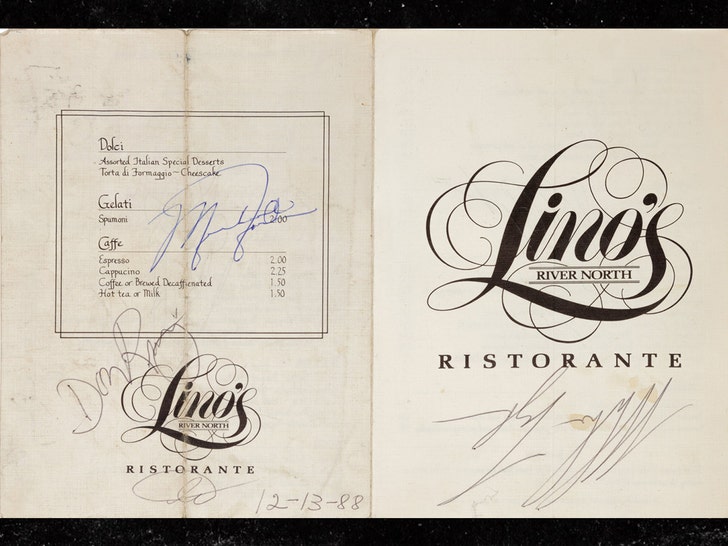 Imagine being at a restaurant … and in walks Mike Tyson, Michael Jordan, Walter Payton, Richard Dent and Don King.

That’s exactly what happened to a couple back in 1988, who commemorated the moment by getting all the legends to sign their menu … and now it’s up for auction!!! 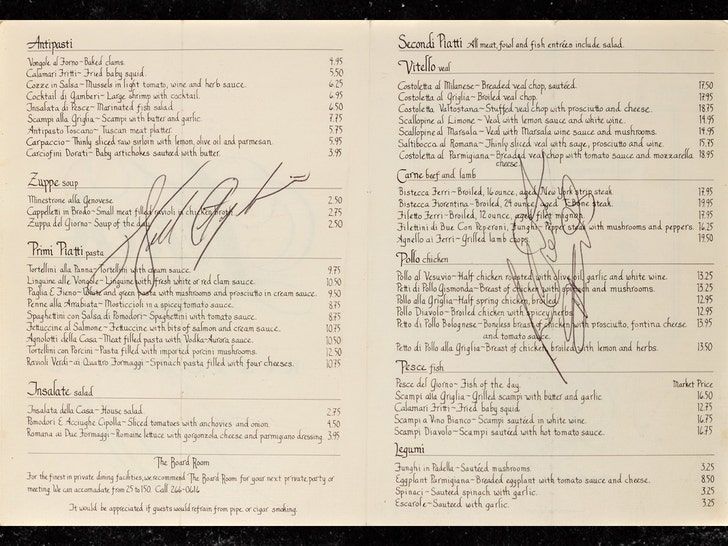 As it turns out, the night was pretty well documented in Tyson’s ex-trainer Rory Holloway‘s memoir, who claims Tyson was LIVID with MJ at dinner over suspicions the Bulls legend had a fling with his then-separated wife Robin Givens.

The book claims Tyson was on the verge of fighting MJ … but apparently cooler heads prevailed when it came to the restaurant manager asking the superstars to sign the menu for the couple in attendance.

Now, the couple is looking to part ways with the unique piece of history — it’s hitting the auction block via Hindman Auctions on Oct. 20 … and we’re told this thing could sell for thousands, if not 5 figures!!!

Hope all you Tyson/MJ/Payton/Dent/King fans have been savin’ up!!

Advent calendars 2020: The best chocolate calendars for children this Christmas