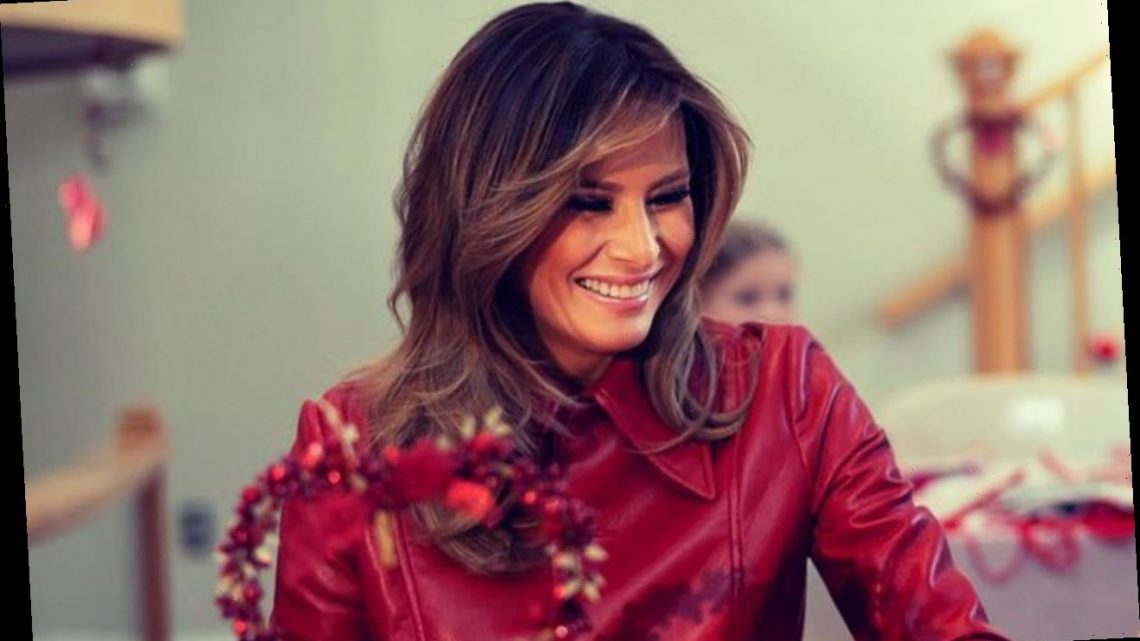 Despite receiving negative comments after sharing a picture of two black balloons to celebrate Barron’s 15th birthday, the former First Lady is defended by some social media users.

AceShowbiz -Melania Trump’s special tribute for his son was not met with positive feedback. Having shared a post to celebrate Barron Trump’s 15 birthday on social media, the former First Lady found her sweet dedication being labeled “morbid” by one critic.

On Saturday, March 20, the 50-year-old mother took to Twitter to share a picture of two black balloons in the shape of the number 15 that represent her only son’s age. “Happy birthday BWT,” she wrote in the accompaniment of the post, adding three red heart emojis at the end.

The wife of former president Donald Trump‘s post has since drawn criticism. One troll in particular wrote, “Melanie dear, you could have found a more cheerful pic. This looks quite morbid, but perhaps that’s how you/he feels.” Another added, “Happy birthday to Barron, but using black numbers for a 15th birthday strikes me as rather odd.”

Also ridiculing the former model’s tribute was a person who argued, “Creepy!! Black balloons for a 15 year old?? Poor child. That dark world you live in must be so cold but I do wish you a Happy birthday!! Hope it is a great day!!” Someone else chimed in, “Even the birthday picture is all dark sepia tones , very strange lol.”

Upon reading the unpleasant remarks, a number of Melania’s followers were quick to jump into her defense. One penned, “Anyone think that perhaps Barron likes those colours? Maybe Melania is respecting his choice.” Another doubled down on the reply, “right? he’s getting older and wanted something more sophisticated. Happy Birthday Barron r u goth?”

Aside from Melania, her step-daughter Tiffany Trump also commemorated Barron’s latest milestone. Turning to Instagram, she put out a throwback picture of herself with the birthday boy as the two of them posed next to a Minnie Mouse doll. In the accompanying message, she gushed, “Happy 15th Birthday B! I love you!”