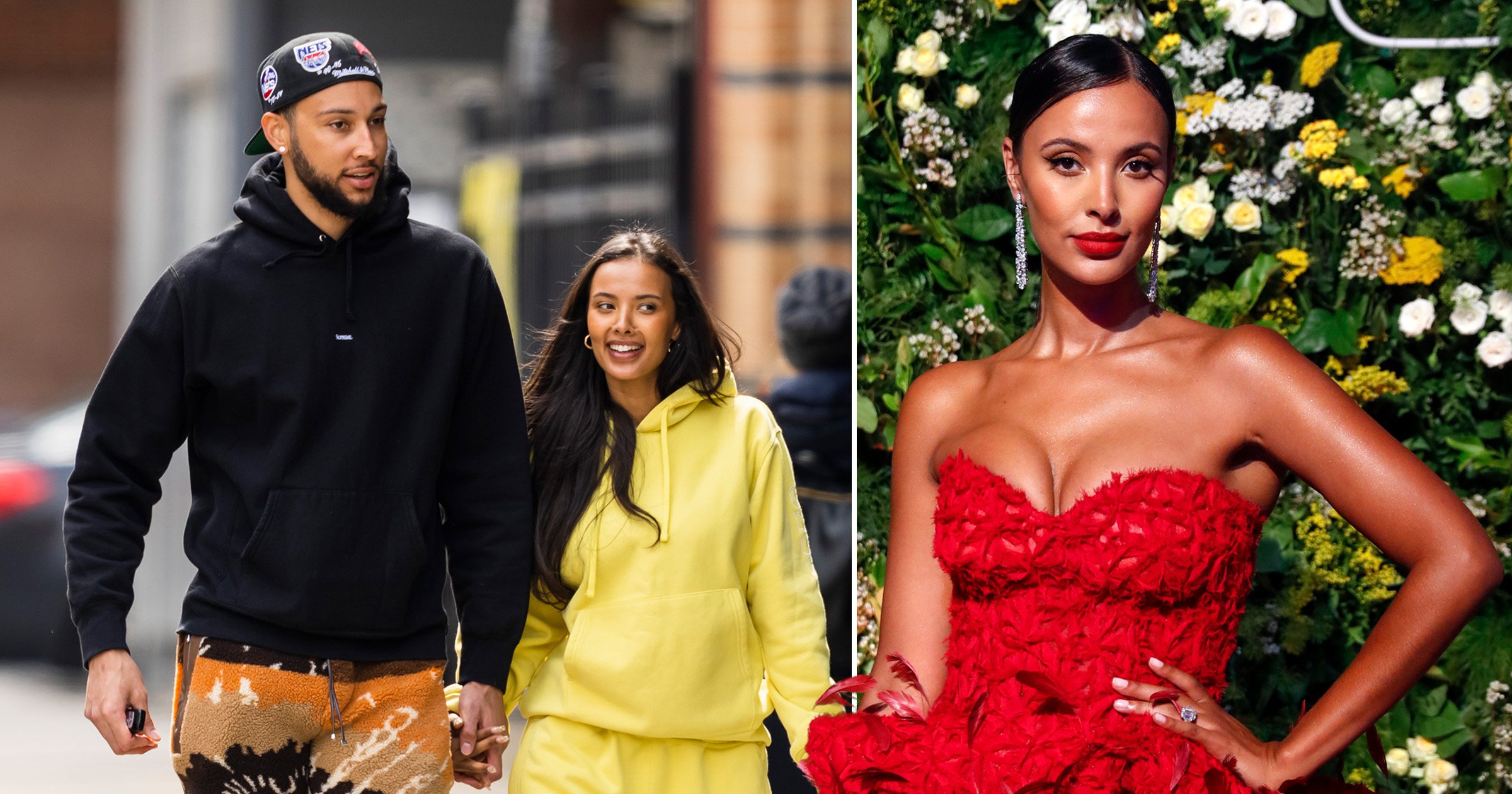 Maya Jama is said to be ‘heartbroken’ after reportedly splitting from her fiance Ben Simmons – however, she was spotted wearing her engagement ring just last week.

The former BBC Radio 1 presenter got engaged to the NBA player in December when he popped the question over the Christmas period.

From then, Maya, 27, swiftly moved to the US where basketball star Ben, 26, is based and has divided her time between the UK and Stateside ever since.

She jetted back home last week to attend the GRM Gala – where she was seen wearing her large diamond engagement ring – but sources now claim the couple have called time on their whirlwind year-long romance.

‘Maya called it off engagement after things came to head last month,’ the insider claimed.

‘She is not going back to New York now. It’s heartbreaking for both of them, especially as they were so committed to each other.’

They added to The Sun On Sunday: ‘Maya has a bright future ahead of her with job offers coming in all over the world and is feeling positive. She has been hitting the gym a lot and spending time with her good friends.’

In a recent Instagram story over the weekend, Maya was seen wearing a ring on her left hand but it didn’t appear to be the engagement ring Ben had given her.

Maya and Ben went public with their romance when they were pictured kissing in the stands at Wimbledon in July 2021. Weeks before, the pair sparked romance rumours when they were spotted enjoying a date at SexyFish in central London.

In December, a source revealed the two were engaged after Ben’s romantic Christmas proposal.

They revealed at the time: ‘Ben adores Maya and has fallen head over heels for her. He picked up the ring on Jewellers’ Row in the diamond district of Philadelphia the day before he proposed…

‘He chose the ring himself and felt he knew exactly what she would want. Maya said yes and they’re both thrilled.’

Maya was soon seen wearing the huge engagement ring while out and about with Ben, who plays for the Brooklyn Nets, in NYC.

The couple chose not to publicly speak out about their relationship or engagement, but Maya didn’t deny the proposal when grilled about it by comedian Mo Gilligan when they hosted the Brit Awards in February.

Last Monday, Maya attended the annual GRM Gala at Kensington Palace alongside a bevy of other stars, and posed for red carpet photos with the engagement ring firmly on her finger.

Before finding love with each other, Ben previously dated Kendall Jenner while Maya was in a lengthy relationship with Stormzy.

Metro.co.uk has reached out to Maya and Ben’s reps for comment.