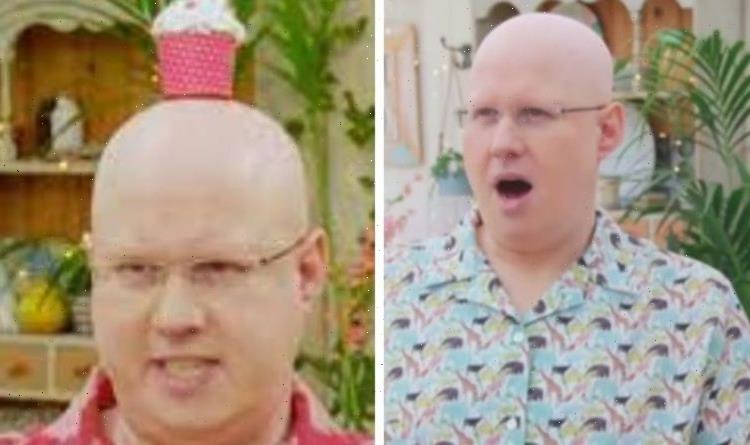 Bake Off: Matt Lucas reveals Noel is 'under the weather'

Matt jumped in to add, “Like the two tears I shed for my gluten brothers who have been cast aside for the wants and vagaries of fashion.”

Twitter users had reacted angrily, tagging him in comments insisting that gluten could make those with a wheat allergy “seriously ill” and could even lead to stomach cancer.

“Coeliacs have no choice and any gluten makes us seriously ill,” one user, ejt2311, fired back.

Another, lyndsayva, then joined the debate to urge, “Please stop saying gluten Free diets are a ‘fashion’!!! Coeliac disease is not a fashion, it is an autoimmune disease where the body attacks itself after gluten ingestion!”

She added, “If I could eat gluten, I would!”

Matt – an auto-immune disorder sufferer himself – has had a long career as a comedian and seemed to be joking with his comments.

However, his Twitter message in response clarified that he understood the condition that leads sufferers to seek out gluten-free diets.

Matt shared an informative post from the charity Coeliac UK, captioning it: “Following on from ‘Free From’ week on the Bake off, I am happy to share this info…”

The post read: “Coeliac disease is an autoimmune disease where the body’s immune system attacks its own tissues when eating gluten.

“Following a gluten free diet is a health necessity and not a dietary choice. Retweet to raise awareness. #CoaeliacDisease.”

On a more serious note, Matt’s own auto-immune struggles led him to develop a different condition, as he has suffered from alopecia areata since childhood.

The condition began after the shock of being knocked down by a car during a family holiday to Portugal and he has suffered the effects of baldness ever since.

He has recalled in his book Little Me that he was “never allowed to forget for one moment” that he was bald.

“If I went swimming or to the cinema or went to the shop or simply walked down the street, adults and children stared at me.”

It was believed that the trauma of his car accident had sparked off an overactive immune system for the star, causing his cells to reject his own hair.

Matt also suffered with other conditions related to his immune system as a youngster, including hayfever, asthma, eczema and various allergies.

Despite his clarifications on Twitter, some bloggers have argued that he is “too salty” for such a sweet show.

His co-hosting role on The Great British Bake Off is one of his latest projects, although other recent achievements have included acting in the theatre production of Les Miserables in London’s West End.

Bake Off fans can watch more of the action next Tuesday at 8pm on Channel 4.

‘This is amazing!’ Cadbury brings popular chocolate item to UK before Christmas