Former EastEnders star Martin Kemp, 58, left his role as Steve Owen in the soap back in 2002 after four years, but still catches up with its storylines. Earlier this week, he shared his thoughts about a controversial moment between Mick Carter (played by Danny Dyer) and Linda Carter (Kellie Bright).

In dramatic scenes, Mick was seen struggling to save his wife Linda after their boat trip on the River Thames took a turn for the worse.

After an unexpected crash, the boat swiftly started to fill up with water, while Linda was trapped in the kitchen.

The pub owner knocked herself unconscious and got her leg stuck in kitchen equipment after reaching for a bottle of wine while drunk.

Viewers were left baffled after Mick could be seen struggling to help his wife get out of the trap. 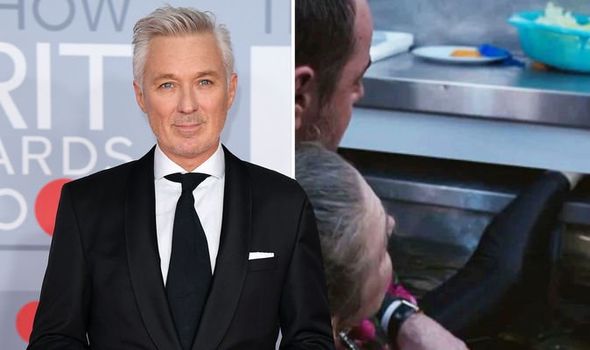 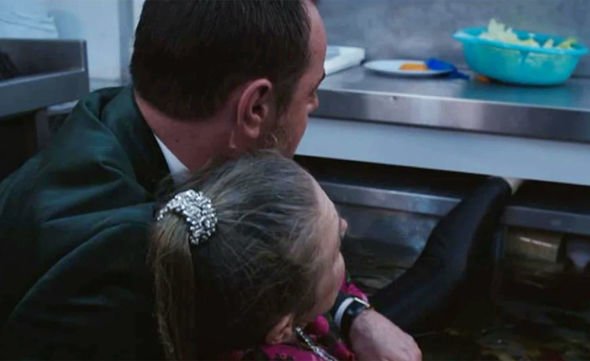 Martin has since admitted he noticed an easy way Mick could’ve saved Linda.

He told The Sun: “The Titanic moment, yeah I watched it the other night. ‘No love no, get your foot out, you’re stuck! I’m never gonna leave ya!'”

He added: “As they were going down and the water was coming up.

“I couldn’t work out why he wasn’t pulling the top [of the shelf] and bashing it open!” 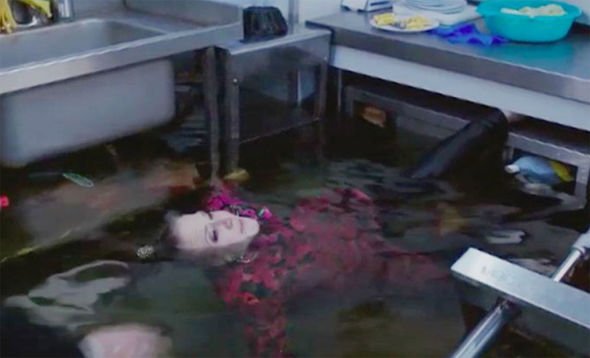 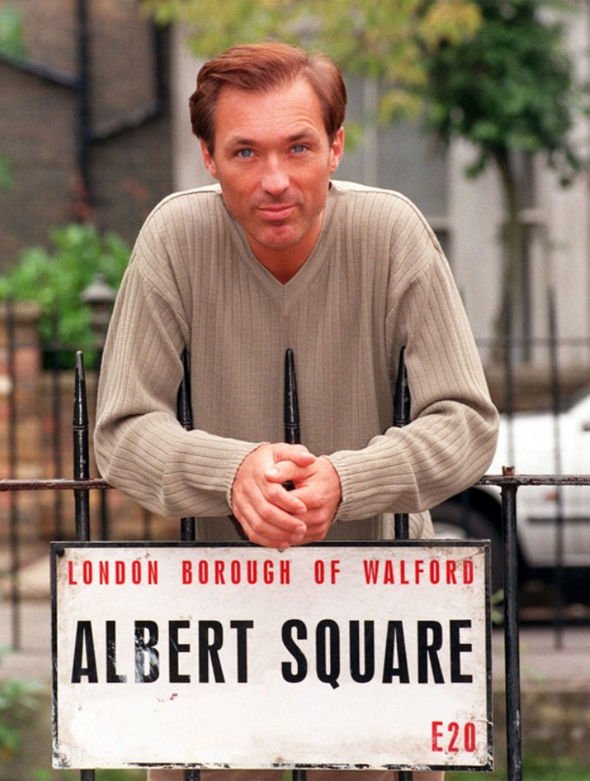 Despite being confused by the scenes, Martin praised the soap for their effort.

He added: “It was a good moment and they’ve gone to a lot of trouble, EastEnders, to go down and film in Shepperton tank, that they shot it in.

“And I love seeing EastEnders put effort into it because that’s when it’s at its best.”

The soap’s executive producer Kate Oates has previously revealed a Walford resident will die in scenes set to air this week.

Will Mick and Kelly survive the trauma?

Danny spoke out about the soap’s explosive scenes live from Albert Square on This Morning last week.

He jokingly announced he was the character who will be killed off.

“They called me upstairs. But I go out strong and I’m happy about it.”

He added: “You know I can’t declare it but it’s a real shock who goes, I’m telling you.”

On filming the dramatic scenes, he added: “The tank was alright, it was nice and warm. Bathwater.

EastEnders continues tonight at 7.30pm on BBC One.