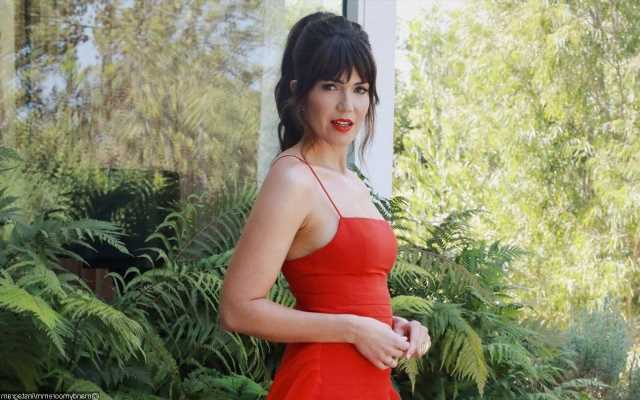 With her makeup still on, the ‘This Is Us’ star films herself in the state of undressed in her pantry as she opts out of attending an after-party and returns home after the big TV gala.

AceShowbiz –Mandy Moore showed her less glamorous reality after her appearance at the star-studded 2021 Primetime Emmy Awards. Looking stunning and all in her Carolina Herrera red gown at the Sunday, September 19 event, the singer/actress stripped naked and chowed down on everyone’s favorite fast food as soon as she returned home.

Making use of her Instagram Story, the mother of one gave her fans a candid look at her own kind of post-Emmys party. Instead of dancing away in an after-party, she went straight back to her house where she recharged herself with the bites of pizza before going to work early on Monday morning.

“I’m home, naked in my pantry,” the “This Is Us” star said while showing her slice of pizza to the camera. “Took those fake bangs out, eating pizza,” she revealed, referring to her hairstyle of choice for the Emmys that was only temporary. “I have a 4:30 A.M. call time,” she informed her followers, adding in the caption, “The real glamour.” 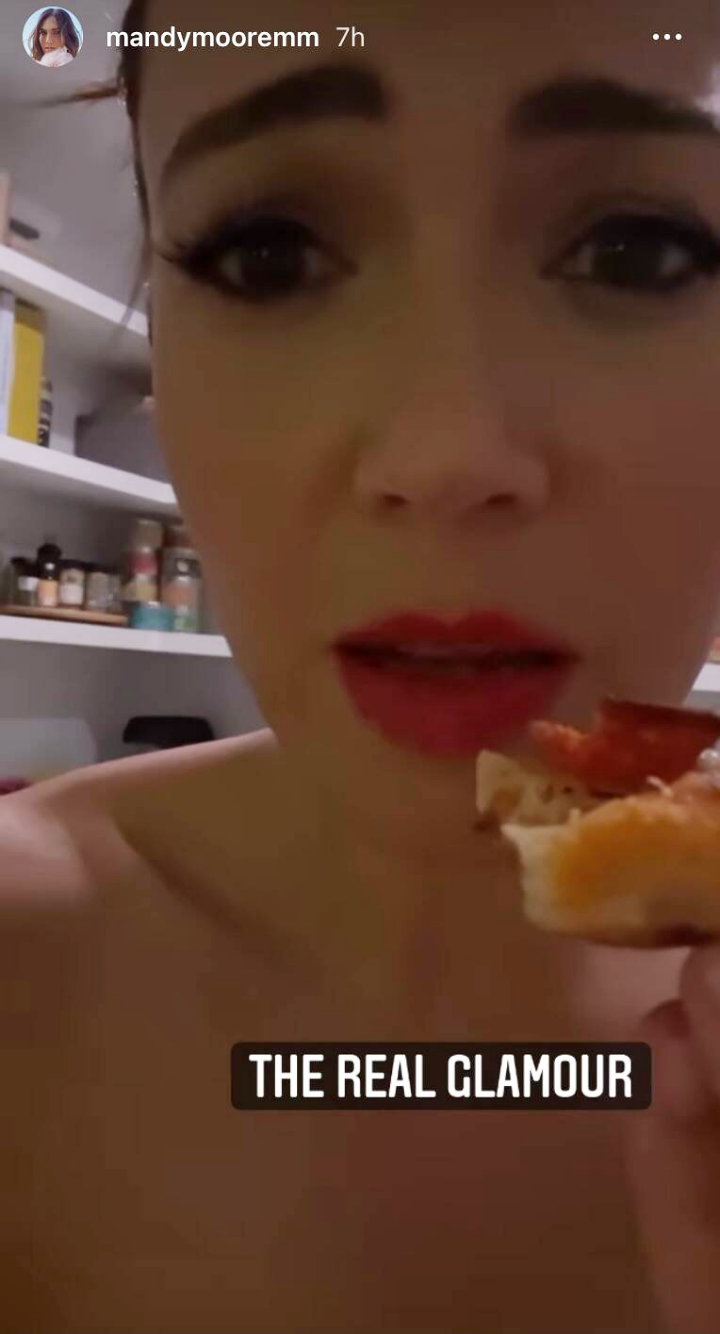 Prior to the Emmy Awards, Mandy also got real about attending an awards show while still nursing her 7-month-old son. She shared a picture of her breast pump and jokingly captioned it, “Tonight’s MVP accessory.”

Mandy is currently filming the sixth and final season of NBC’s “This Is Us”, which production kicked off just a few weeks ago in early September. She has portrayed Rebecca Pearson since the first season and received a nomination for the Golden Globe Award for Best Supporting Actress and the Primetime Emmy Award for Outstanding Lead Actress in a Drama Series in 2019 for the role.

Back in June, the 37-year-old shared how she braced herself for the show’s final season. “I’m getting ready for what [series creator Dan Fogelman] has told me is going to be a really challenging year,” she told the Los Angeles Times. “I’m going to have to save all my tears, calibrate all my adrenals, get myself into a stable place before all of that gets wrecked and ruined!”

Watch as Bulldog strikes up unlikely friendship – with a fish