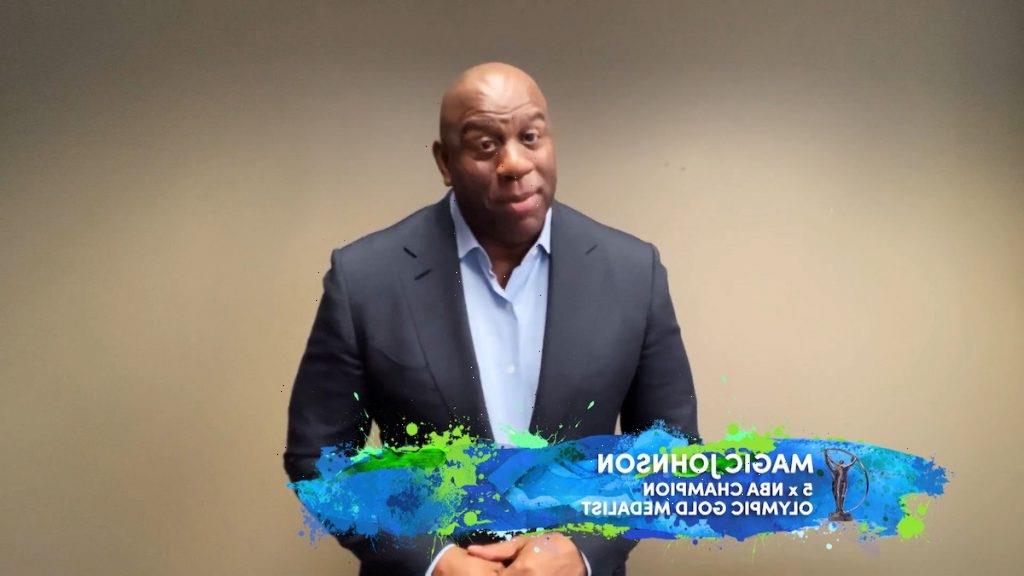 Analytics have become an institution in the world of sports. Every successful franchise has a statistical team that helps them discover talent and develop players. As a result, the more scientific approach to games has now created an industry. And would-be innovators hope to get a piece of the action.

Entrepreneurs Bruce Ianni and Davyeon Ross are pushing a new way to capture stats that could revolutionize the way we watch basketball in real-time. Their sales pitch is so strong that they’ve convinced Magic Johnson to put some money into their product.

What makes Shot Tracker such an interesting invention?

Founded in 2013, ShotTracker sells itself as a “sensor-based system that automatically captures statistical and performance analytics for your entire team in real-time. We’re talking shot charts, optimal lineups, box scores and so much more, all streaming instantly in the palm of your hand.”

The technology involves three main components: anchors, a ShotTracker-enabled ball, and player sensors. The anchors are installed in the rafters of the arena, mapping the court in 3D and tracking the location of all the player sensors and balls. The data is then fed through the ShotTracker system and provides instant access to over 70 unique statistics.

The company’s current goal, as explained by Huddle Up, is to revolutionize college basketball. Last season, the Mountain West Conference utilized the technology, which costs $45,000. They have deals with more than 60 Division One basketball programs and apparel companies Nike, Adidas, and Under Armor to incorporate ShotTracker going forward.

Thanks to the investment backing of TV infrastructure provider Evertz Microsystems, the higher-ups at ShotTracker also think their product can change the look of sports television. CEO Bill Moses told Sportico, “We can create a system where the camera follows our sensors, including our sensor in the ball. We can produce and direct a basketball game with no cameraman present.”

Completely remaking the structure of basketball broadcasts is a tall order. The ramifications could be huge if they actually pull this off. The production staff for live games would shrink, and the availability of live data would be huge for sports betting.

High-profile investors, like Magic Johnson, have bought into the ShotTracker app

As of now, ShotTracker has raised over $30 million. The most famous investments come from the late David Stern and Magic Johnson. They invested in the company in October 2016 and also became business advisors.

The amount of their contributions is unknown, but they were part of a $5 million seed round for the start-up. They also led a Series A funding round for ShotTracker, raising $10.4 million.

The money validates Ross and Ianni’s ambitions for the company. When ShotTracker debuted at the annual tech summit CES in 2016, they self-funded a physical product to show potential investors.

“We put our money where our mouths were,” Ross said to CNBC. “You have to find ways to show you believe in your idea and that you’ve evaluated it. That was a big, big investment, but it’s paid its dividends.”

Magic Johnson has plenty of evidence to validate his business acumen

Johnson’s fame certainly helped him become successful in the business world. But his track record shows he’s more than just a figurehead for big-money deals.

The Lakers legend was prepared for these roles ever since he worked as a janitor in middle school. Fast forward a few decades and he now runs Magic Johnson Enterprises. His empire includes a chain of movie theaters, a movie studio, and a promotional marketing company.

His vision and principles have helped him accrue a net worth of $600 million and made him an inspiration to people of color who want to follow in his footsteps. If he sees potential in the future of ShotTracker, that’s probably a good sign.