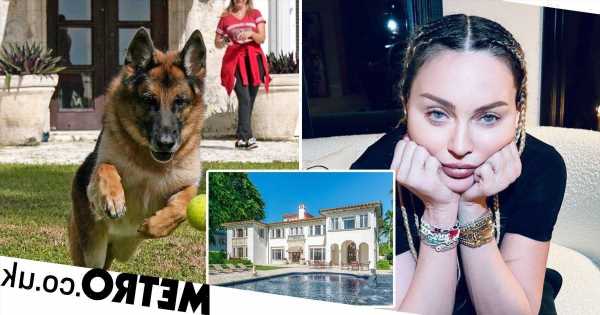 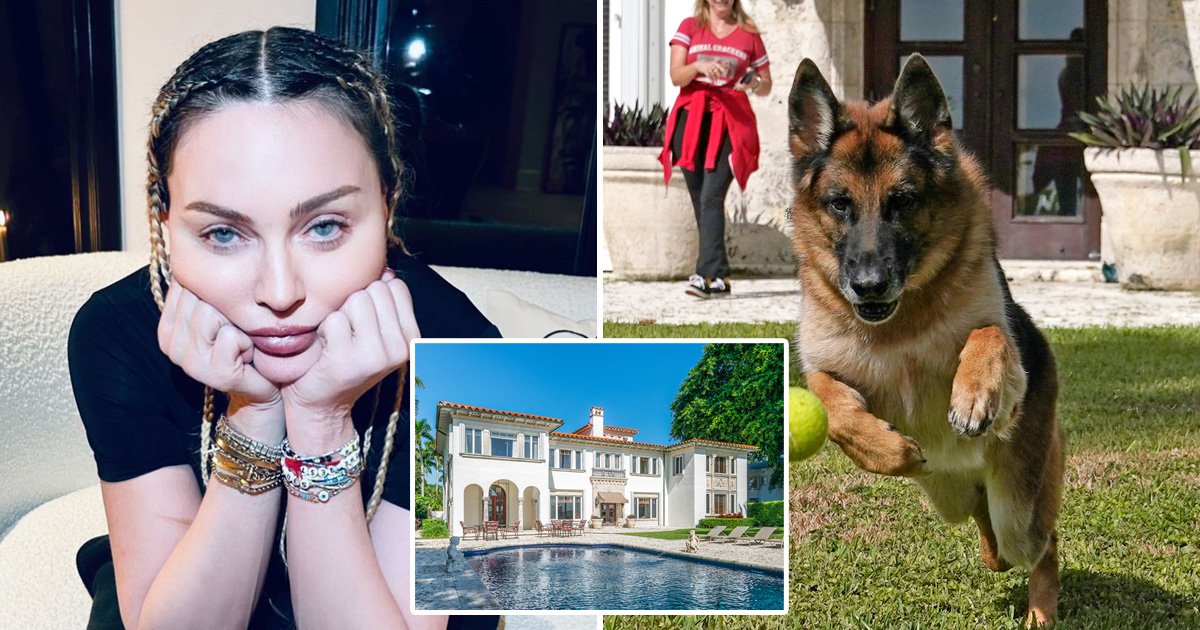 Madonna might be one of the most successful artists in history, but new reports claim that a dog has managed to beat her when it comes to real estate.

It’s been reported that the ‘world’s richest dog’, Gunther VI, is selling a mansion in Miami that the hitmaker used to own – and he’s asking for three times the amount that she did.

Yes, you read that right. A dog is selling Madonna’s old house and is going to make millions more than the singer thanks to his $31million asking price.

Madonna, 63, revealed the unexpected news with her fans on Instagram as she shared a picture of herself looking glum in her current home.

‘When you find out a dog is selling your old house for 3 times the amount you sold it for!’, before sharing screenshots of articles about the pooch.

The Like A Prayer singer added the emojis for a house and a crying face, underneath photos that saw her seated on a couch with her head in her hands.

She then posted one screenshot with the added comment: ‘Too much [greatness] in 1 house.’

Legend has it the German shepherd inherited his fortune from the late German Countess Karlotta Leibenstein in 1992.

Now the richest dog on Earth is adding to his fortune by selling the waterfront Miami estate once occupied by the singer.

Gunther VI’s wealth is supposedly handled by The Gunther Corporation, which was created and designed to ensure that the dog is properly cared for.

The humans who were entrusted with the dog’s estate have since ‘amassed a fortune worth approximately $500 million’, and they’ve invested Gunther’s money in mansions and villas all around the globe.

This is all possible because the pampered pooch is reportedly the beneficiary of a trust that owns the nine-bedroom, eight-and-a-half bath home.

The canine, who is reported to sleep in the pop icon’s former bedroom, inherited Leibenstein’s entire $80 million fortune via his grandfather.

Gunther IV, the second dog in the lineage, is said to have purchased the home from Madonna 20 years ago before she moved to England with then-husband Guy Ritchie.

However, the New York Post has claimed that the whole story about the super-rich pooch is one big hoax.

Broker Ruthie Assouline and her husband Ethan are allegedly listing the property for their client, who is a 65-year-old Italian entrepreneur named Maurizio Mian.

A source told the publication: ‘There is no dog sleeping in Madonna’s former bedroom. This is a totally made up story. The broker is talking nonsense. There is no dog. There never was a dog. The owner thought it would be a fun way to score a reality TV show. That’s it.’

Indeed, the Gunther hoax was previously called out in 2005 when Mian’s shell company Gunther Corp. paid $7.5 million for the home.

Every part of this story is barking mad if you ask us!