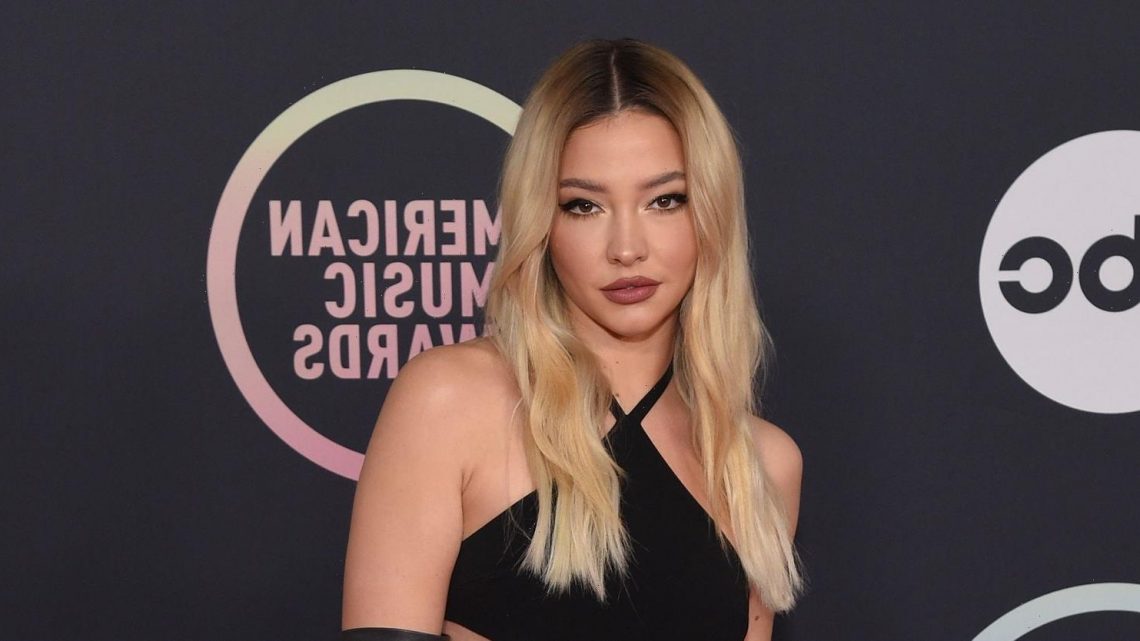 Remember when Kendall Jenner wore that incredibly !!!!! cut-out black gown to her BFF Lauren Perez’s wedding? The one that was basically just a bunch of triangular pieces of fabric stitched together to create the most jaw-dropping dress in the world? Lemme go ahead and refresh your memory real quick:

Kay, well Outer Banks star Madelyn Cline just went ahead and showed up in almost the exact same look on the American Music Awards red carpet. Madelyn’s dress is also from Mônot, and features the same cutouts—just less of them and with a halter neck. She also went ahead and paired the look with elbow length gloves and what appear to be some casual diamond bracelets. 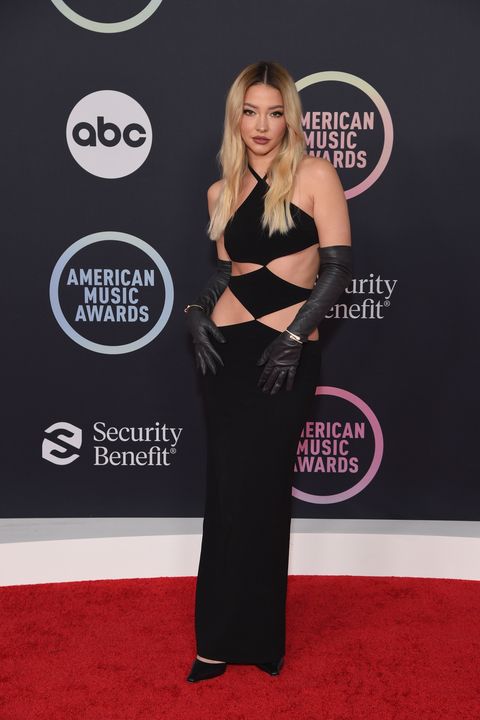 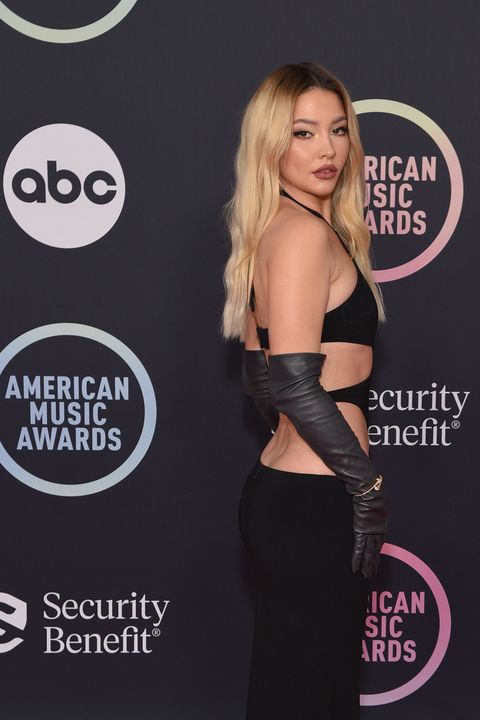 This stunning red carpet moment comes just a few weeks after news broke that Madelyn and her Outer Banks co-star Chase Stokes had broken up after about a year of dating. “They are definitely broken up,” a source confirmed to People earlier this month, while another added, “Madelyn and Chase are no longer together. They were trying to work things out privately but broke up a couple of months ago.”

Oh, and a source told E! News that Madelyn and Chase “have been done for a while” and that Madelyn “has been over [the breakup] for a long time and talking to other people casually.” The source also said she’s “just kind of living her single girl moment.”

Meanwhile, Madelyn and Ross Butler have been fielding some dating rumors thanks to being spotted dancing together in Milan, but Ross told TMZ that they are “just friends.” The more you know!

'The Bachelorette': Tayshia Adams and Zac Clark Allegedly Split After 1 Year of Engagement

My mum had Munchausen syndrome – she faked illness in my childhood, said dad was about to die & called me ugly & stupid
Entertainment