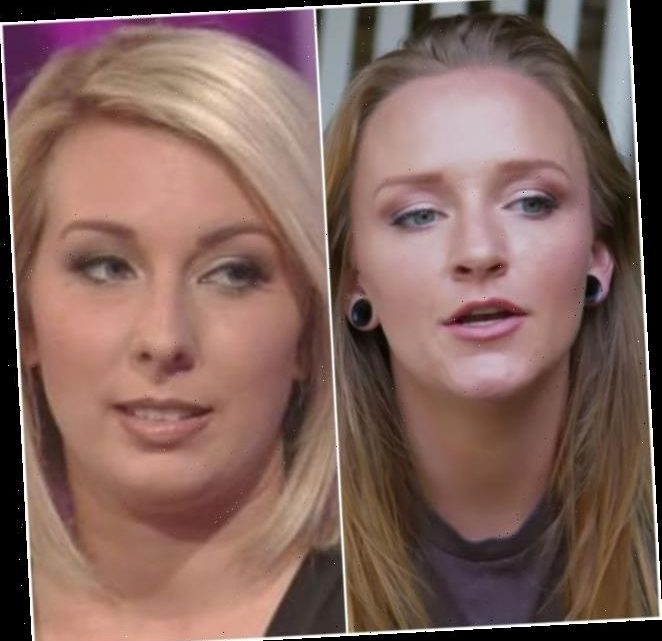 Just when we didn’t think things could get any worse, the feud between Ryan Edwards and Maci Bookout appears to have intensified.

As we reported earlier this week, things started to heat up during filming for this year’s reunion spoecial, which took place in Tennessee on Tuesday.

To the surprise of everyone who was present — including producers — Ryan and his wife, Mackenzie Standifer, refused to take the stage at the same time as Ryan and her husband, Taylor McKinney.

This resulted in a situation in which Maci and Taylor shared a stage with Ryan’s parents, Jen and Larry Edwards.

And the situation apparently turned ugly in a hurry.

“At first, MTV wanted Mackenzie and Ryan to square off in-person on the set with Maci and Taylor, but Ryan absolutely refused,” a production source tells The Ashley’s Reality Roundup.

Then it really got ugly. Says the insider:

“Then they asked Mackenzie to go out on stage solo and film a scene with Taylor and Maci but she said no.”

“You could cut the tension with a knife when they were all sitting out there,” another insider tells The Ashley.

“But everything was OK until the very end of the segment.”

“Maci kept giving vague answers and was making it clear that she was upset but would not say why.”

It seems Taylor stepped in, and he did not mince words when telling Jen and Larry exactly what he thinks of their son.

“[Taylor] kind of got up and eventually asked Larry if he wanted to take things outside,” the source said

.”Perhaps we weren’t meant to rush through the darkness but learn how to see within it.

“It didn’t get that far, though. Nothing got physical.”

But it appears that relations between the McKinney and Edwards families are worse than ever.

“He told them Ryan is a ‘piece of s–t’ and that he, unlike Ryan, has been there for Bentley for a long time,” the insider added.

“He told Larry and Jen that Ryan should be more like he is.”

Yesterday, as word of the altercation circulated on social media, Mackenzie passive-aggressively addressed the situation on her Instagram Story.

“Don’t entertain negative energy,” reads the meme that she posted.

“Some situations will test your patience and try to make you overreact, overthink, and respond to things that don’t deserve your life force,” she added.

“Your attention is your power. Don’t feed what doesn’t add value to your life. Conserve your energy.”

Mackenzie’s posts coincided with a tweet from Maci in which she referenced the feud between the two couples without naming names.

“I really wanted to post some ‘petty b*tch’ (and hilarious) comments, but I’ll wait until they can tell me the definition of ‘petty’ without googling it and reading it aloud,” Bookout wrote.

The situation continued to escalate as the day went on, prompting McKinney to make a statement to The Hollywood Gossip offering his take on the feud.

“The source comes off as very one-sided so you can probably guess who that is,” McKinney told us.

“You’ll have to see the reunion play out on TV but one thing I am always going to do is stand up for my wife and kids.”

He ended his remarks on an ominous note.

“You come for my wife and kids?” Taylor says, leaving no doubt as to where he stands in this ongoing feud.

Clearly, Taylor is suggesting that Ryan or someone close to him was the original source who spilled the tea about what happened at the reunion.

We have no way of confirming or denying that.

What we can confirm is that multiple sources are now claiming Mackenzie has started attending Al-Anon meetings.

Al-Anon is an organization for people whose loved ones are struggling with addiction.

Despite multiple reports to the contrary, Mackenzie’s attendance at recent meetings is not necessarily an indicator that Ryan has suffered a relapse.

It could just be that the group has helped her in the past, and she decided to return to it amid the stress of the past week.

Whatever the case, it seems clear that this situation is far from settled.

We’ll continue to provide you with updates on this developing story as more information becomes available.