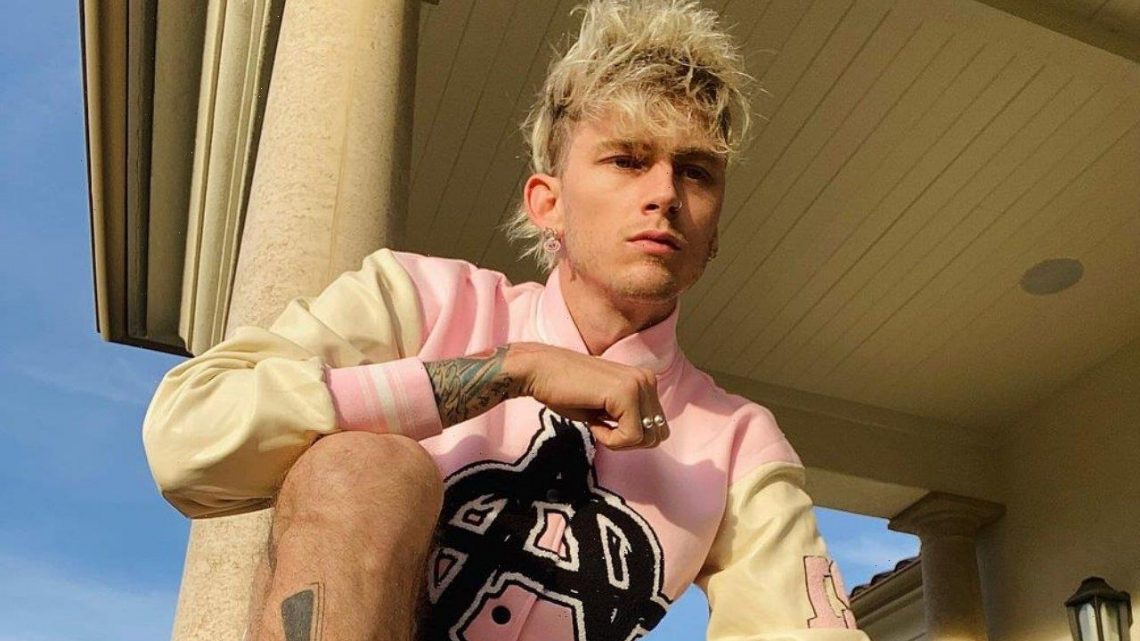 The ‘Bloody Valentine’ star talks about ghost story during a chat on ‘The Ellen DeGeneres Show’, claiming there are supernatural beings living in his kitchen.

The rap rocker insists his spirit “guests” are not a threat – but everyone who hangs out with him knows they’re there – in his kitchen.

“Everyone who comes to my house and stays past 7pm, they’re always like, ‘Yeah, there’s definitely something in your kitchen,’ ” he tells “The Ellen DeGeneres Show“. “I realised that those ghosts are just, like, high ghosts, making ghost snacks and watching ghost dishes. They’re only doing pantry or refrigerator things, so sometimes I’ll let off, like, a ‘Thank you!’ “

And his girlfriend Megan Fox‘s pad is also haunted by an angry ghost who likes to open and slam doors.

“I’ll be in bed with her and the bedroom door will just (fly open) but no one’s there,” he explains.

“Early on in our relationship, she had moved into that house and the outside doors were doing that and she called me… She had locked herself in the bedroom this one time… and I had a weapon to make sure that everyone was safe, so I went through the house with the weapon.”

“And then you realise, ‘We need a ghostbuster!’ What I had was not gonna defeat whatever enemy was in this house… I was looking for a culprit that we later found out didn’t exist.”

Kelly and Fox have been almost inseparable ever since going public with their romance last spring and, in February (21), they took their romance to a whole new level as the rapper/actor showed off a necklace containing a drop of his girlfriend’s blood.

The unusual gift was actually presented to Kelly by the “Transformers” beauty as she prepared to travel abroad for work. “She was actually going out of town to film a movie. This was really new in our relationship,” he remembered. “I didn’t have a passport either, so, she was going out to Bulgaria so I was kind of freaking out, like, ‘You’re gonna leave and I can’t even come see you.’ “

“Some people give, like, a handkerchief to their partner or whatever,” he continued. “She gave me her DNA.”

Dark Mofo to blow up dead Tasmanians in Derwent fireworks