She gave her all in a showstopping performance at the BRIT Awards last week and has been touring Europe since.

But Mabel has been forced to cancel her upcoming concert in Italy on Monday night after fears rose over the number of coronavirus cases.

The 24-year-old singer was due to perform at the Magazzini Generali in Milan, but called the gig off as cases of the potentially deadly respiratory illness in the European country soared to over 200. 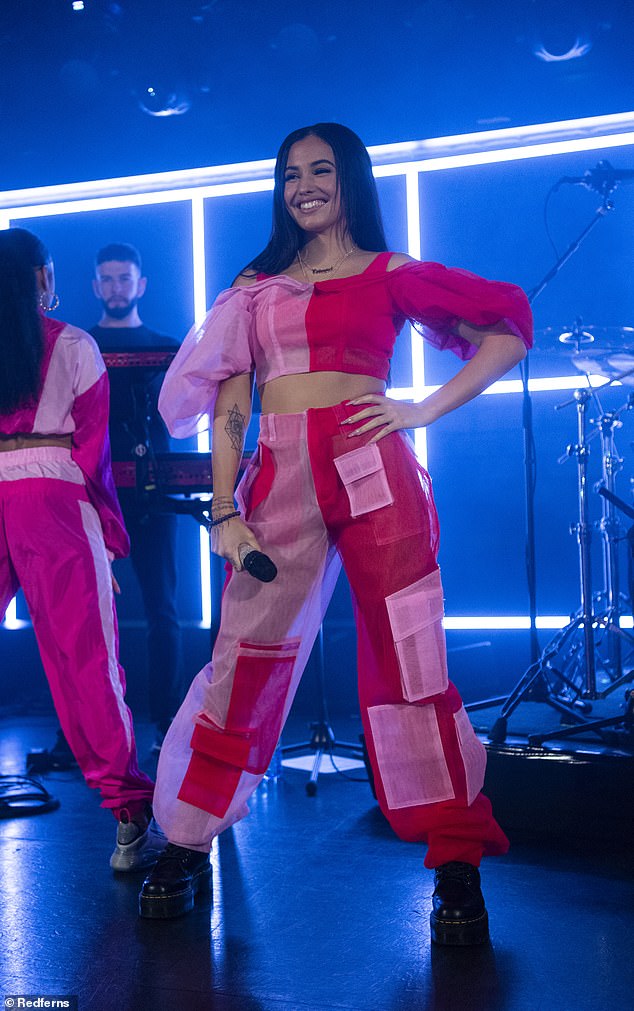 Updating her fans on Instagram, she wrote: ‘Due to recent events concerning the Coronavirus in Italy, we’ve been advised by the Minister of Health and the President of the Lombardy region not to go ahead with tomorrow’s show in Milan.

‘So sad to have to write this, but safety is the absolute priority here! Hoping to reschedule soon. Love Mx.’

So far, six people have died from the disease, although all the victims have been elderly, with two suffering from serious underlying health problems. 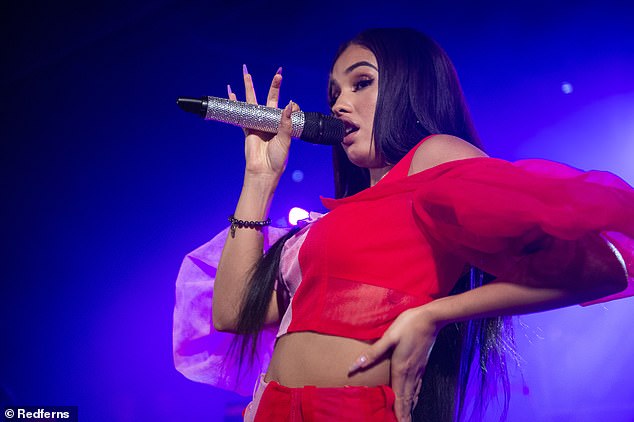 Safety first: The star took to Instagram to apologise for the cancellation writing: ‘safety is the absolute priority here! Hoping to reschedule soon’ 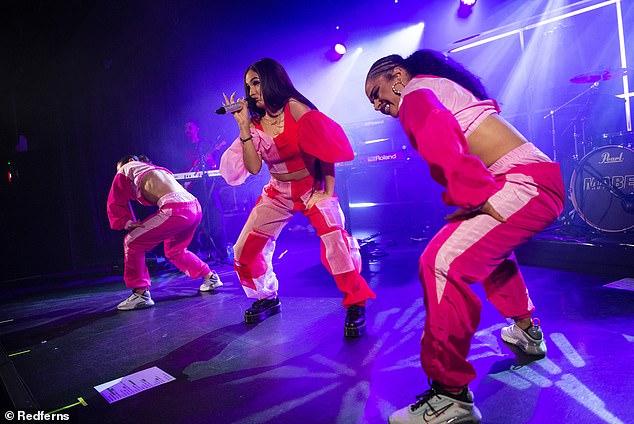 Best Female Artist: performing in Barcelona on Saturday the singer wore a contrast red and pink tracksuit co-ord and chunky platforms as she gave an energetic performance

BRIT Award winner Mabel is due to continue her tour in Zurich, Switzerland, at the Plaza Club on Wednesday, before heading to Paris, France.

The news comes after the ‘Don’t Call Me Up’ hitmaker had to postpone her two shows in Norwich and Southampton earlier this month over health reasons.

She took to Instagram on February 8 to share: ‘It is with a heavy heart that I have to postpone my next 2 shows in Norwich and Southampton due to health reasons. 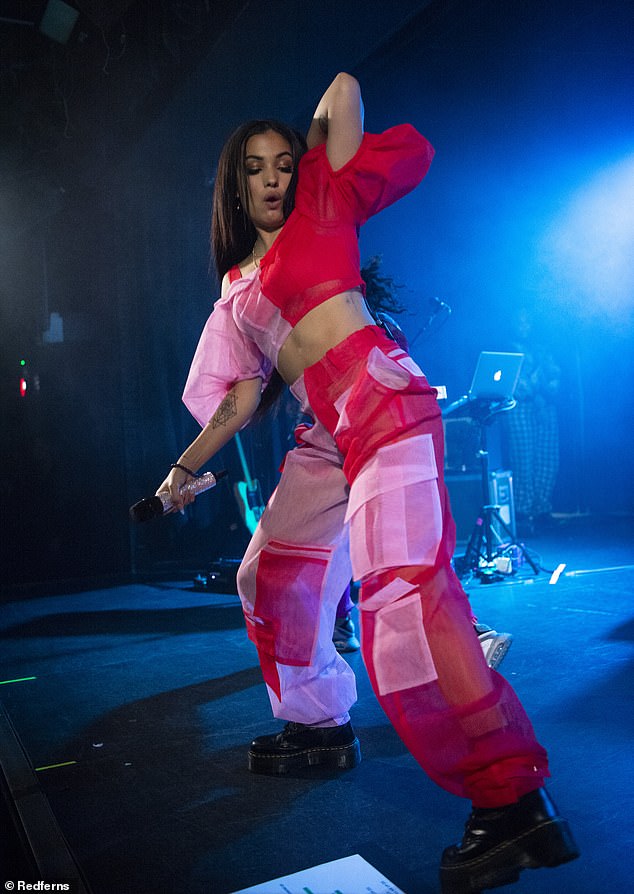 Cutting shapes: The singer is known for putting her all into a performance, with choreographed dance routines to each of her hits 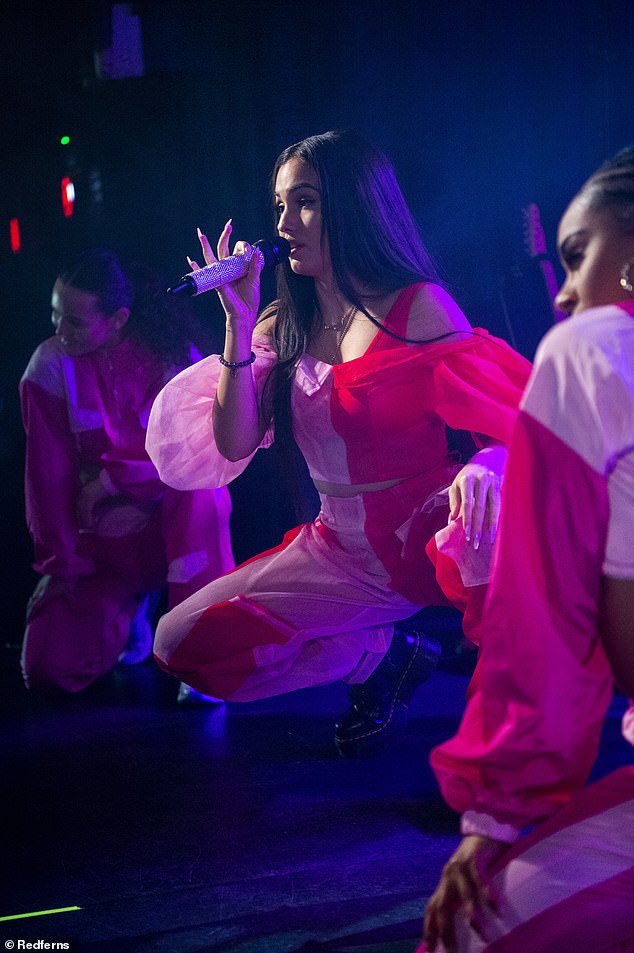 Not the end: BRIT Award winner Mabel is due to continue her tour in Zurich, Switzerland, at the Plaza Club on Wednesday, before heading to Paris, France 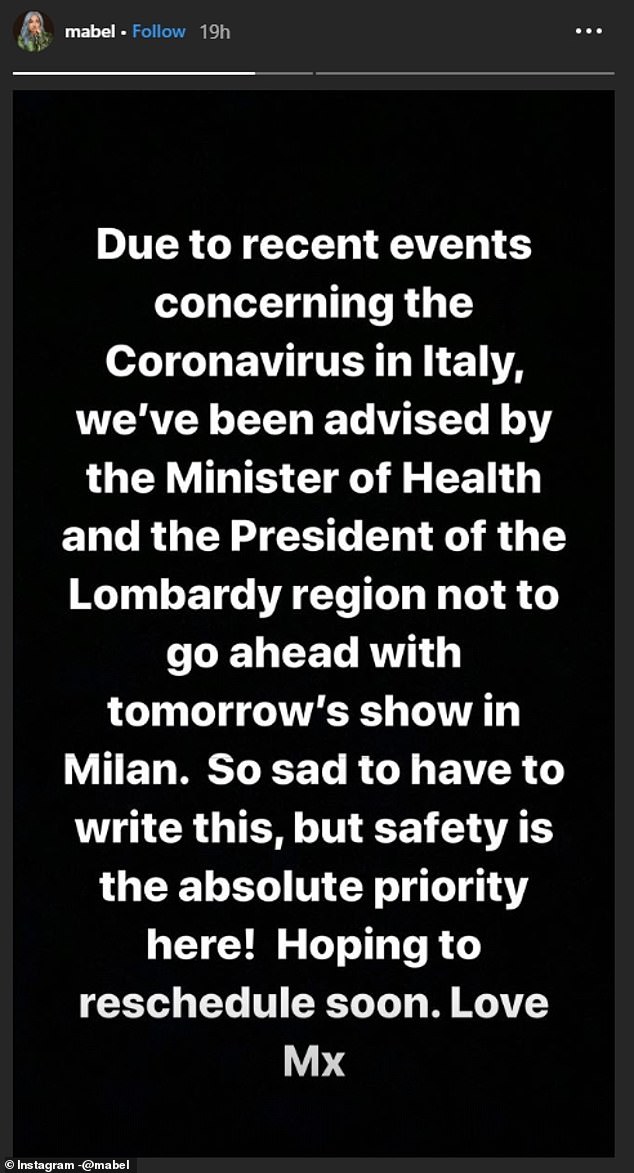 ‘So sad’: Mabel announced to her fans on Instagram that they had been advised not to go ahead with the Milan concert due to fears surrounding the coronavirus

‘We will make every effort to reschedule these dates for as soon as possible. Thank you for your support and sorry to let you down. Love Mabel. x’

At the BRITS this year Mabel was nominated for three awards and ultimately claimed one of the biggest of the night – Best British Female Artist.

Seen performing in Barcelona on Saturday the singer wore a contrast red and pink chiffon tracksuit co-ord and chunky platforms as she gave an energetic performance. 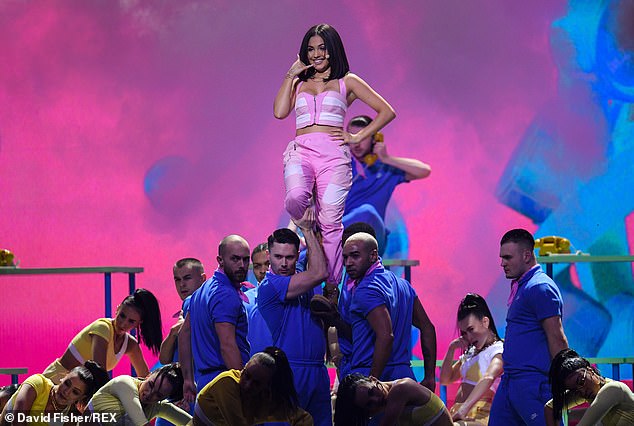 BRITS 2020: The star gave an athletic performance at the awards show where she won best female artist 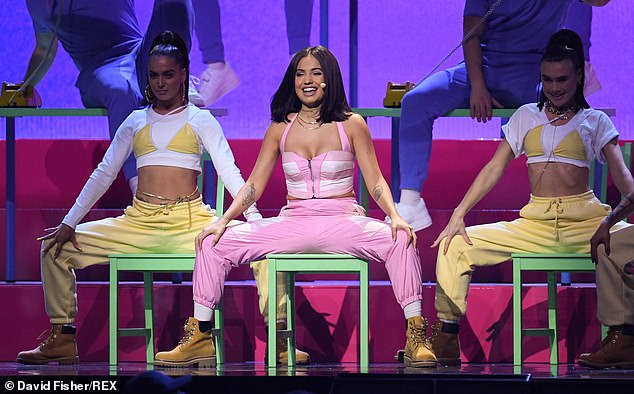 Energetic: She performed her hit song Don’t Call Me Up as she performed the rigorous dance routine with an array of backing dancers

How Long Will The Oreo Shamrock McFlurry Be Available In 2020? Try The Treat Soon
Rachael Ray Shares Her Marriage Secrets Ahead of 15-Year Wedding Anniversary
Entertainment