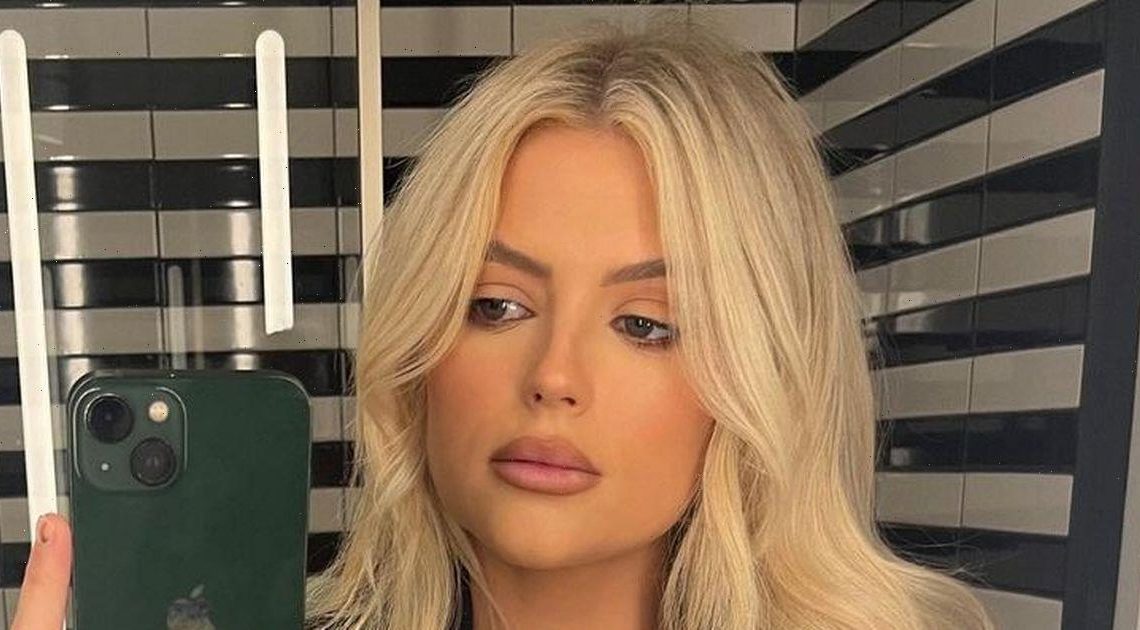 Actress Lucy Fallon posed proudly with her baby bump as she approaches the due date of her first baby with boyfriend Ryan Ledson.

Lucy, who is arguably most well-known for portraying Bethany Platt on Coronation Street since 2015, has been documenting her pregnancy journey, and earlier featured her “birth nails” on social media.

The actress took to Instagram on January 6, where she treated her 535k followers to a picture of her blossoming baby bump.

The black-and-white image showed Lucy, 27, in a Calvin Klein bralette and jersey shorts with her baby bump featured prominently in the foreground.

In the caption, Lucy, who last week spoke about painful Braxton Hicks contractions, wrote: “A bump update, the pressure is gettin wessser.” Lucy and Ryan, 25, revealed the pregnancy in an exclusive interview with OK! back in September 2022, where she opened up on her experience of miscarriage, which she’d initially kept a secret.

Speaking exclusively to OK, Lucy explained: “It was a traumatising, horrendous time.

“We went for a scan and they couldn’t see anything, so then we went to the hospital and they thought they could see something, so it was very up and down.

“I had pregnancy symptoms and I was feeling really unwell, and when they were doing all these scans my symptoms were getting worse and worse and there were no signs I had had a miscarriage, so that made it more of a shock.” He continued: “Seeing someone you’re so close to like that and in hospital really wasn’t nice. I wasn’t the one going through it so I just wanted to make sure I was there for Lucy and her being okay was my main focus, but the whole thing was quite hard.”

Lucy’s pregnancy is considered high risk because of her bicornuate uterus, also called a heart-shaped uterus, which means her uterus appears to have two sides instead of one.

“I found out quite a few years ago that I had it but didn’t realise it would affect anything,” she said. “It can cause miscarriages, but that’s not the reason I had a miscarriage last time.

“It’s just mainly towards the end because the baby tends to grow in one side of the womb instead of around all of it and then at the end it can run out of room so you’re at high risk of having an early birth."

Lucy is set to give birth in February, which means the actress is just weeks away from meeting her little tot!

Mayer: ‘Spare’ could be the beginning of the end of the British monarchy
Entertainment