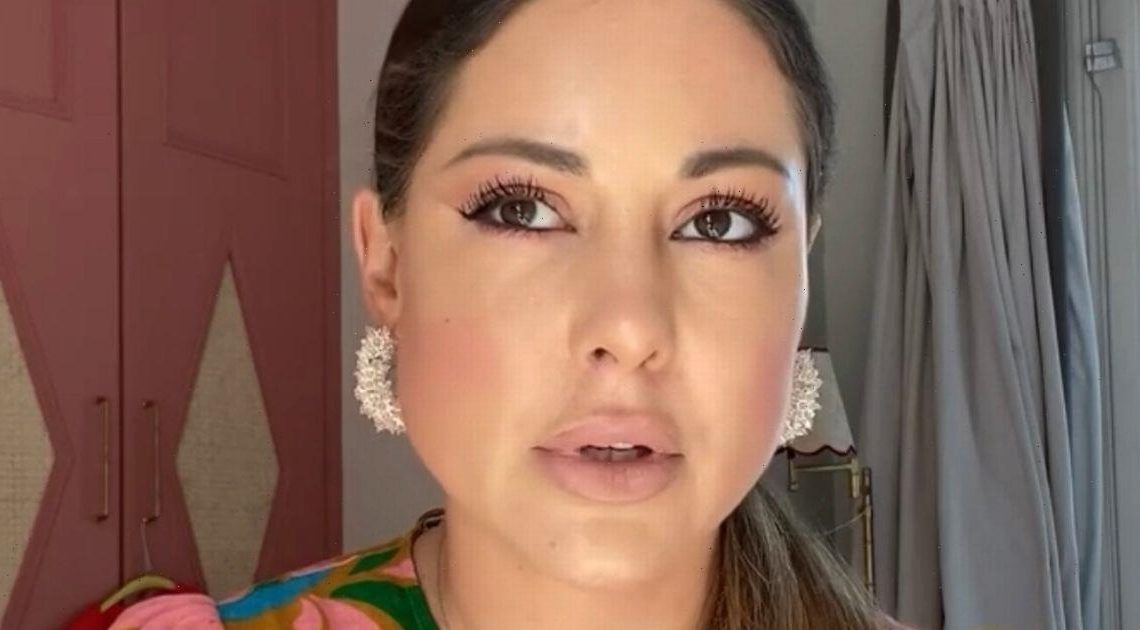 Made in Chelsea star Louise Thompson has taken to her social media page to tell her 1.4million Instagram followers that she might have Asherman's Syndrome.

Sharing the news on her Instagram stories, Louise could be seen wearing a sporty hoodie while looking to her left.

Following up on a medical appointment, the 32 year old said: "Going to go and have a scan of my pelvis. First one in about 3 months. The NHS are saying I'll have to wait months longer for a follow up appointment, so I'm going private."

On the next slide, Louise shared a picture of Harley Street, over which she wrote: "HARLEY STRET IS SO ICONIC".

She continued: "Just had my appointment with the kindest and most trustworthy obs/gynae…it's likely that I have adhesions inside my uterus causing something called Asherman's Syndrome".

"A hysteroscopy would offer a better look inside the cavity than an ultrasound but because I might need to start taking immunosuppressants, having non essential surgery isn't really an option," the mother-of-one continued to say.

She ended her post by adding: "The main impacts of Asherman's are: painful cramping and fertility problems".

For the last couple of months, Louise has kept fans up to date about her health struggles following her hospitalisations.

Louise said she wanted to record and post the video to help others who "might be suffering in silence or feeling alone".

In the video’s caption, the star said she kept experiencing "wild racing thoughts at night" about four months ago.

“I REALLY wanted to talk about my experience because I really wanted to help people,” she explained in the video's caption. “I waited, and waited and waited for a peaceful (or balanced) moment but it turns out I’m not going to miraculously get better so let’s just get on with things.”

Describing the past year as "a bloody rough ride", during which she had a traumatic experience giving birth to her son Leo in November last year, she opened up further about the life changing experiences she dealt with.

“I survived a house fire, a few near death experiences, a long old stint in hospital, and some CATASTROPHIC mental health breakdowns."

The reality TV star also delved into the health problems she has experienced in addition to mental health and shared in the video that she is on "an awful lot of medication" and almost had colon surgery. She added in the caption: “More recently I’ve been readmitted because of some severe colon problems where I was about two days away from ending up with life changing surgery.

“It doesn’t get any easier, although at least this time round I actually knew where I was and what my name was. I was tripping BALLS for the months before. I guess that’s some nice perspective for me to cling onto.”

Louise confessed that despite being a main cast member on the hit E4 reality series, opening up about her struggles on camera can be difficult as she urged her followers to "show empathy to others".

She wrote: “It has taken me a great deal of strength to get to where I am today and even more strength to record this video. Despite being on TV for a decade it doesn’t come easy. I had everything racked in my favour and yet it all went wrong”.