TV presenter Lorraine Kelly, 60, was called out on how she refers to the Duchess of Cambridge, Kate Middleton, 38, on her ITV show. After the Twitter user admitted they were “annoyed” online, the host revealed she also thought it sounded “odd”.

The viewer initially tweeted: “@reallorraine really annoys me when you call @KensingtonRoyal The Duchess of Cambridge Kate Middleton!

“Still love you though!” which was followed by a laughing face emoji.

It wasn’t long before Lorraine decided to share their thoughts with her 617,000 followers. 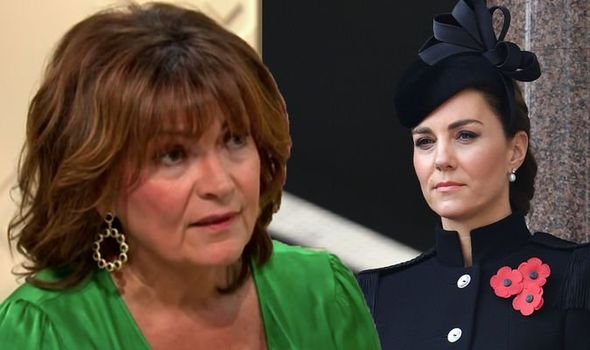 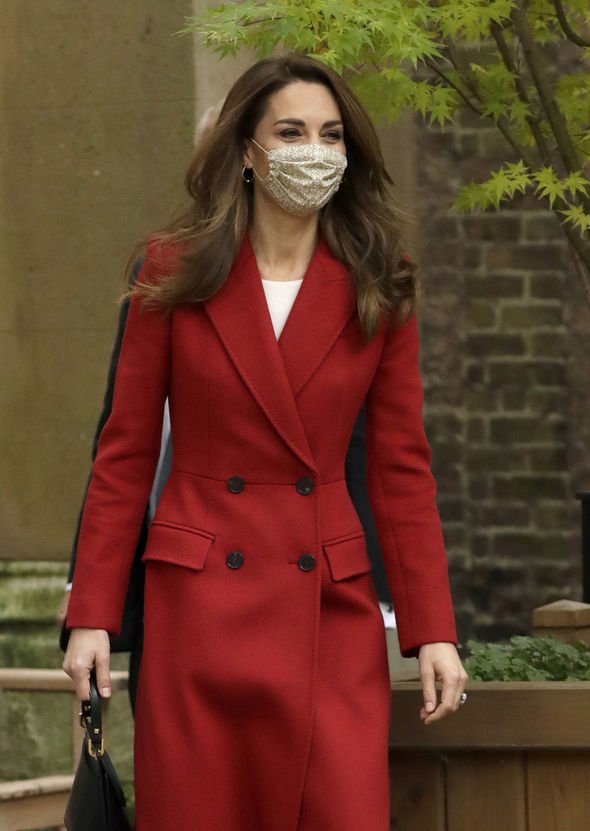 She replied: “Do you know what, I thought that myself today. It did sound a bit odd.”

Lorraine had been discussing the wife of Prince William and the Duchess of Cambridge, who have been appearing on video calls to mark Remembrance week.

This morning the star appeared to be having a tweeting spree and was seen responding to a number of users.

The ITV presenter expressed her deepest condolences to one, who wrote: “@reallorraine My Heart is broken to pieces. We just buried our 3-month-old Dog Sizers.” 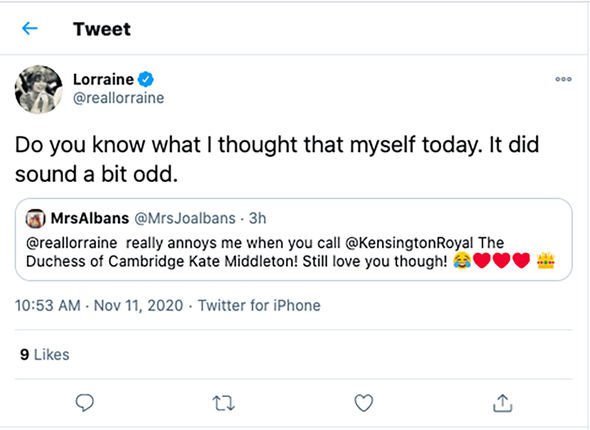 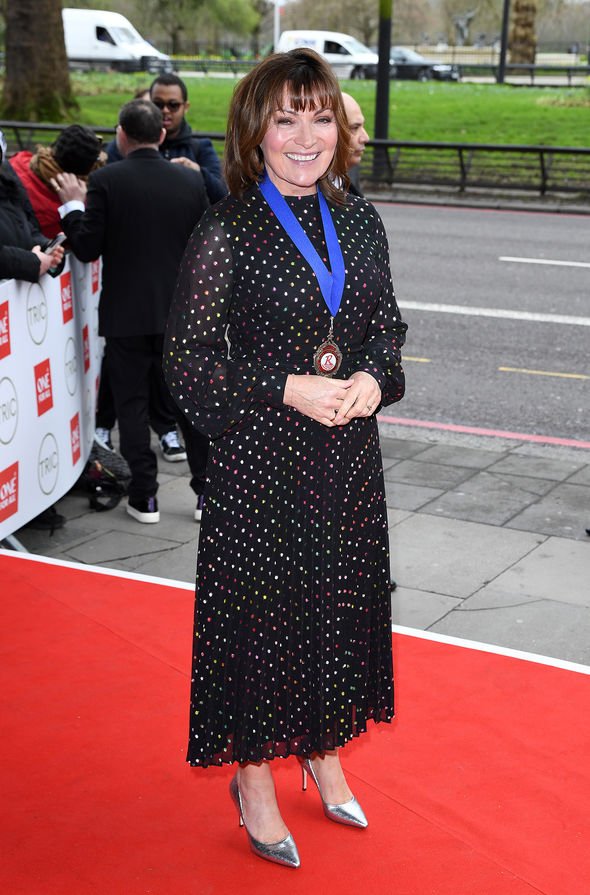 Lorraine, a fellow dog lover, penned: “Sorry for your loss Silvie – they are part of the family xx.”

A fan joined in as they responded: “So sorry for your loss Silvie x.”

Lorraine went on to congratulate a young boy on his efforts to raise money for the Scottish Poppy Appeal.

The tweet began: “A HUGE thanks to Will Hayden. The Scout from Nairn raised over £2k for the #ScottishPoppyAppeal by decorating Remembrance stones with Poppies & the names of fallen war heroes. Will wanted to do something special to raise vital funds. Wow. This IS special #EveryPoppyCounts #WOW.”

It comes after Lorraine apologised to a viewer after they reached out online following her discussion with soap star Charlotte Bellamy.

The tweet read: “Dear @lorraine and @emmerdale and @MissCBellamy Can I just explain something…

Charlotte, who plays Laurel Thomas in Emmerdale, spoke about the upcoming storyline about Down’s syndrome with fictional character Leo Gorkirk, who is played by Harvey Rogerson.

At the time, she said: “Leo is a character who has been in the show for 10 years, he is the Down Syndrome son of Marlon and Rhona and that has been a huge positive story and continues to be.”

“Soaps are at their most potent when you deal with very, very difficult stories.”

“Sorry but I am a mum and my son Ben, who is 28 years of age and has Down’s Syndrome, and this is one thing that annoys me.”(sic)