Taken actor Liam Neeson’s mother Katherine ‘Kitty’ Neeson passed away yesterday in her 90s – the day before the film star turned 67 today. Kitty’s death was announced in a mass at All Saints Church in Ballymena, Northern Ireland.

Parish Priest, Monsignor Paddy Delargy led the service, according to The Mirror.

The Ballymena Daily reported the Parish Priest announcing: “We pray for those that died recently… and Kitty Neeson.”

“Her funeral arrangements will be later.” 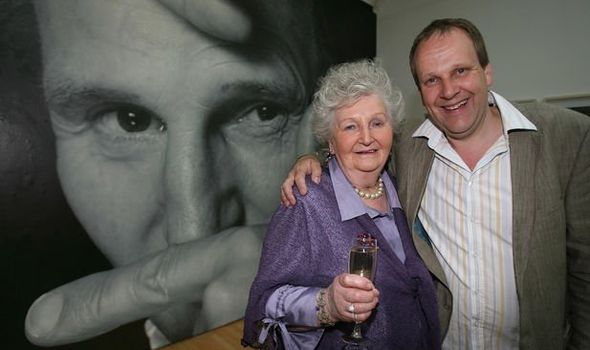 After the news was confirmed, the Mayor of Mid & East Antrim Borough Council, Cllr Peter Johnson said: “Very sorry to hear this news.

“As Mayor of Mid and East Antrim, I will be raising this at full council on Tuesday where we will be holding a minute’s silence.”

Kitty was married to a school caretaker Bernard ‘Barney’ Neeson, and they had four children, Liam, 67, and daughters, Elizabeth, Bernadette and Rosaleen.