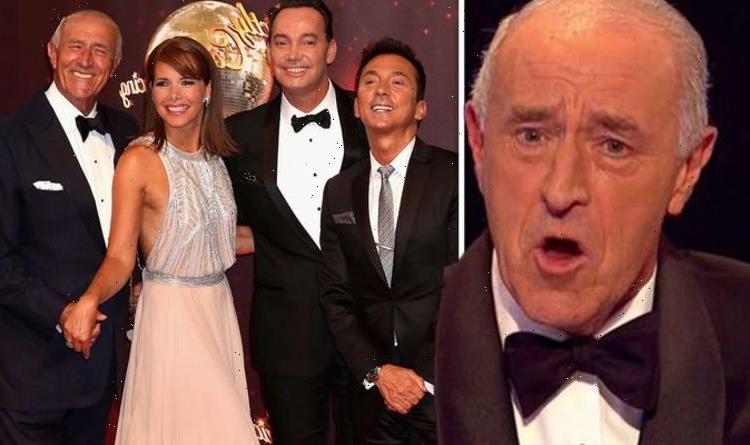 Former Strictly Come Dancing judge Len Goodman, 77, has revealed that he “finds it hard” to watch the BBC dance show as he still feels “like a judge”. The dance expert left the role of head judge in December 2016 after 12 years at the helm, and Shirley Ballas stepped into his position. However, the ballroom expert revealed that he finds it hard to kick the habit of judging the dancers – despite no longer featuring on the programme.

I’m always thinking of things the judges should have said

The former dancer reveals that he still secretly “enjoys” watching the show, but admitted he gets distracted by spotting errors that the other judges didn’t comment on.

Len admitted that it was easy to slip back into his ways as Strictly’s former head judge.

“I try to watch it just as a punter, just to be entertained, but it’s difficult because you’re always judging things and I’m always thinking of things the judges should have said,” he told TV Time magazine.

The Strictly pro also appeared as a judge on US dance show, Dancing With The Stars from 2005 to 2019.

Len revealed at the time that his hectic schedule demanded that he judge Strictly on Saturday evenings and then fly to America the morning after to appear in his position as head judge on Dancing With The Stars on Monday.

However, he added that the fast turnaround between shows would often mean that he’d forget who was sent home.

He explained: “I felt it was a bit like Strictly Come Dancing, because on that you get a dance, like the waltz, and you have a week to learn as much as you can, then you get tested, and then the following week you get the cha-cha-cha, which is totally different.

“It has made me more aware of how important memory is.”

The star, who now appears in Channel 4 show Can I Improve My Memory?, revealed that he found it tough having two shows demanding his attention at the same time.

He explained: “It’s a funny thing with your memory.

“Once I got to America, someone would say, ‘Who got knocked out on Strictly?’

“And I truly couldn’t remember at all. Because I was so focused on the American show,” he added.

“And vice versa, once I got back to England, I was totally focused on Strictly here.”

At the time, ABC announced via Good Morning America that the British judge wouldn’t be appearing on the latest season due to the coronavirus pandemic.

The statement said that despite not being there to judge the season from the States, Len “will still be a part of the show in a different capacity sharing his ballroom expertise from London.”

Last month, it was confirmed that Shirley Ballas will be returning to her position as head judge on the BBC dance competition, as well as returning faces Craig Revel-Horwood and Motsi Mabuse.

Former Strictly dancer Anton Du Beke will also be appearing in his new role as a judge.

Anton stepped in as Bruno Tonioli will be remaining in Los Angeles to continue with his position on Dancing With The Stars due to international travel restrictions.

Strictly Come Dancing is set to return to screens in September this year.

Ten of the world's most incredible tennis courts
Entertainment