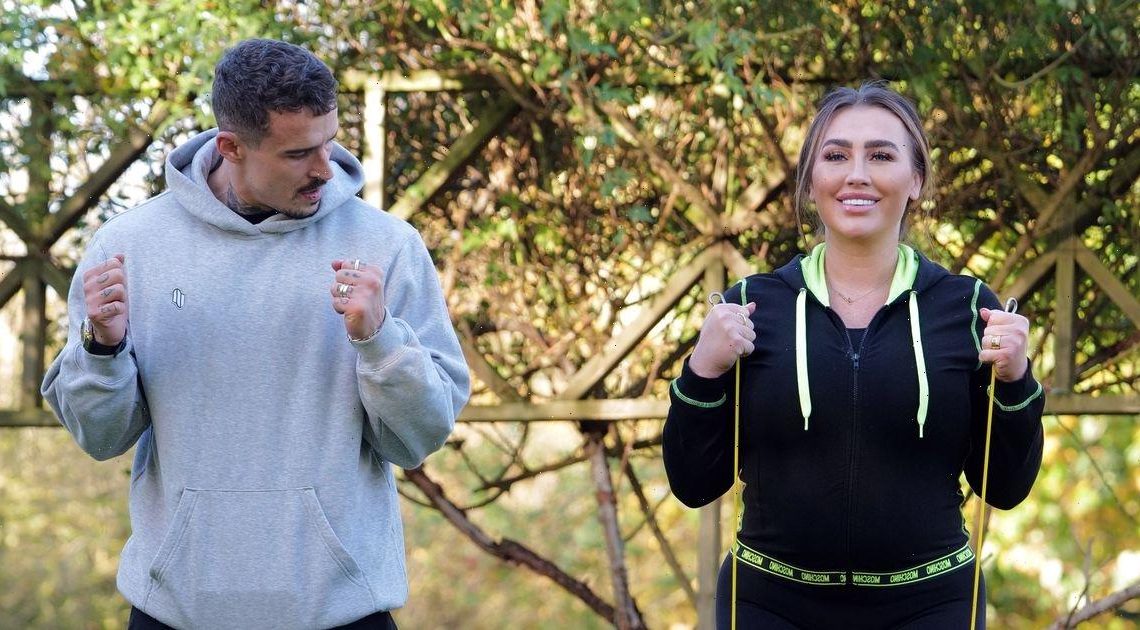 TV star Lauren Goodger has started off the new year with some new few fitness routine, including some outdoor workouts with personal trainer Lotan Carter.

Lauren, 36, opted for a stylish workout look as she donned some leggings and a hoodie from Moschino, which she paired with some black trainers. She also sported some long lashes and pink lip-gloss.

Personal trainer Lotan, who previously appeared on Big Brother, cut a casual figure as he supported the former TOWIE star, while sporting a grey hoodie and black tracksuit bottoms.

Lauren was snapped doing some push-ups on a park bench, and using some resistance bands.

Speaking to OK!, Lauren previously revealed that following her "horrendous" 2022 she's vowed to get fitter and has begun to feel "stronger and healthier".

"I’m still going through such a horrendous time of my life, but I’m slowly getting there,” Lauren tells us. “After everything that happened, I stopped eating completely. It wasn’t on purpose – I just physically didn’t feel hungry because of the grief and anxiety. Now I’m in a healthier place because I can eat again.

"It means I’m healing. I’ve got Larose and she’s very active. She walks everywhere, so I’m always on the go."

Explaining her new fitness routine, she continued: "We do body weight training – lots of squats, lifting balls, stretches and then boxing,” she says. “I do cardio in the gym a few times a week, but I prefer training with a PT. I don’t push myself as hard on my own.

She says training is also good for her mental health. “Training really helps me mentally,” she explains. “I haven’t had any therapy and I’m not on medication. People have advised me to see a counsellor and maybe I will in the future, but it’s not something I want to do right now. I deal with things differently.

"I’m a warrior and I always have been my whole life. I’m a survivor – and I want to be strong for Larose. She keeps me going.”

The fitness overhaul comes after a devastating 2022 for Lauren, who lost her second daughter, Lorena, on 8 July just moments after giving birth.

The newborn’s tragic death came just days after Lauren’s ex Jake McLean was killed in a car crash in Turkey.

Weeks later, Lauren and ex-boyfriend Charles Drury split up following his arrest after an alleged assault at her Essex home on the night of Lorena’s funeral.

Charles has since moved on with Lauren's former pal Jacqueline Johnson, with a source close to Lauren telling OK! that she has completely washed her hands of him.

Our source said: “Lauren has wiped the slate clean and sold everything. Selling all her stuff from the house she lived in with Charles has been therapy in itself.”

They continued: "Lauren isn’t dating. The last thing on her mind right now is men after all that she has endured… she believes there is someone right out there for her but not just now."

Channing Tatum Hated ‘G.I. Joe‘ So Much He Tried to Turn It Down Seven Times, Asked to Be Killed Off in Sequel: ’I Obviously Didn’t Want to Do It’
Entertainment