Home » Celebrities » Kylie Jenner Reveals What She’d Be Doing If She Wasn’t Famous: I Should ‘Do This On The Side’ Kylie Jenner Reveals What She’d Be Doing If She Wasn’t Famous: I Should ‘Do This On The Side’

In a new YouTube vlog, Kylie Jenner revealed her dream occupation (if she wasn’t a multi-millionaire cosmetics entrepreneur, that is).

It’s hard not to imagine Kylie Jenner as the fifth most-followed person on Instagram, or a multi-millionaire cosmetics mogul. But the Keeping Up with the Kardashians star could imagine an alternate reality in which she wasn’t running Kylie Cosmetics or being famous, which she revealed in a new YouTube vlog uploaded on Nov. 9! “I would want to be a celebrity makeup artist,” Kylie revealed while sitting at her eye doctor’s office. 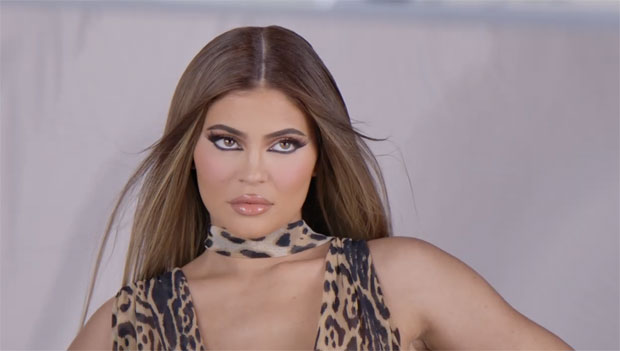 Well, Kylie realized that she’s already “kind of” a makeup artist. “I do everyone’s makeup and I live out my dream,” Kylie admitted. Ariel then teased a video collab with Kylie, saying, “We need to do the youtube video where we switch places!”

Kylie got her glam on in the second half of the video for her leopard-themed video shoot to promote her Kylie Cosmetics Leopard Collection, which featured new products like a 15-shadow eye palette and “High Glosses” that dropped on Oct. 26. However, Kylie let her glam squad — which included the MUA mastermind himself, Ariel — to take reign over her beauty look for the shoot.

Kylie has resumed posting consistent videos on her YouTube channel in recent weeks, much to fans’ delight! For one of the videos, Kylie let Kris Jenner, 65, try out Ariel’s job by letting her mom give her a makeup makeover in October. When Kylie’s not promoting or discussing makeup, she’s giving her over eight million YouTube subscribers a peek at her personal life. Her two-year-old daughter Stormi Webster, whom Kylie shares with ex Travis Scott, has made multiple cameos on her famous mom’s YouTube channel for videos to do adorable activities like bake Halloween cookies together. Kylie can add “famous YouTuber” to her backup careers list!