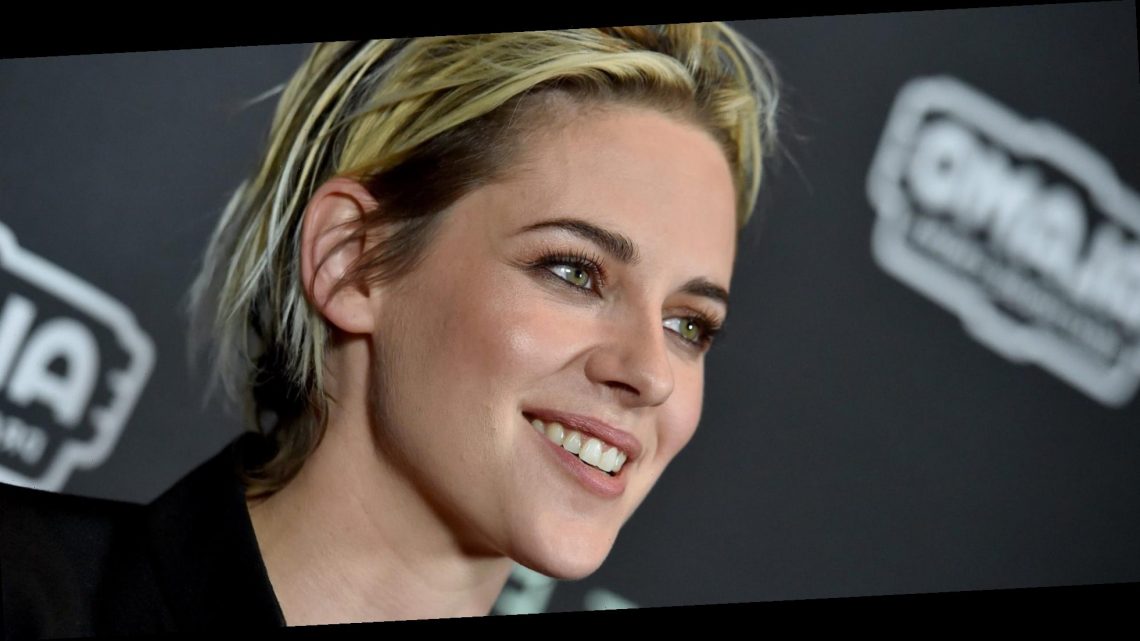 Long, short, blonde, brown, and even blazing red — Kristen Stewart's hair has seen just about every transformation possible. From her days as the face of the Twilight franchise to her current status as a muse for Chanel and bona fide A-list superstar, she's given fans plenty of hair inspiration, whether they're looking for red carpet-worthy waves or punk-inspired buzzcuts. No matter what style she's got, Stewart's never been afraid to embrace an unconventional style and straw from the usual beach waves and bounce. Believe it or not, Stewart was blonde when she hit it big pre-Twilight. At the premiere of her flick Into The Wild, she had honey-blonde hair with lighter face-framing layers and darker strands in the back. The light locks didn't last long. For the next few years, Stewart would have Bella Swan's brown hair thanks to her multi-film contract. At the premiere of The Twilight Saga: Eclipse, she showed off her signature warm, dark hair, though it still had a few light pieces. At the Met Gala, Stewart slicked her hair back into a sleek, tight twist. Things started to get shorter at the premiere of Still Alice. Stewart debuted a choppy, short shag that she kept brushed to one side. Bleach blonde. That's all anyone could talk about when Stewart went platinum at the premiere of Billy Lynn's Long Halftime Walk. And a year later, that buzz cut grew out and Stewart showed off a mullet-inspired style at an event leading up to the Academy Awards. Just a few months later, she debuted a tiny rat tail at the Cannes Film Festival. Stewart's grown-out blonde hair was the perfect canvas for experimentation. At this year's Met Gala, she arrived with Xtina-era dipped ends and bleached eyebrows. The red didn't stay, but Stewart's blonde did. While she promoted her Hulu Christmas rom-com Happiest Season, she showed off a choppy, bleached bob.