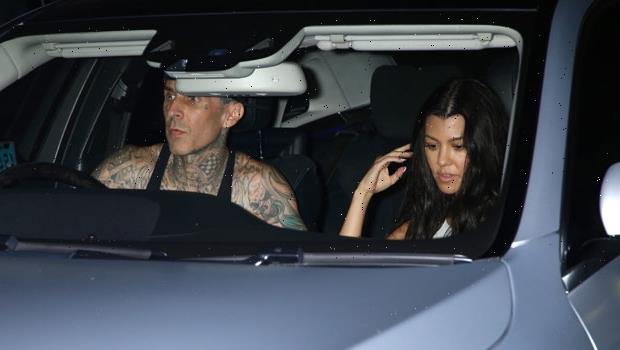 Kourtney Kardashian and Travis Barker didn’t tie the knot or get engaged in Las Vegas — and a source is revealing how she feels about marriage EXCLUSIVELY to HL!

Kourtney Kardashian, 42, and Travis Barker, 45, are head-over-heels in love — but that doesn’t mean marriage is in the cards anytime soon. “Kourtney and Travis are not engaged. There are no plans for an engagement anytime soon,” a source spills to HollywoodLife EXCLUSIVELY following their recent getaway to UFC 264 in Las Vegas where her hairstylist hinted that the pair may have headed to the altar.

“Kourtney still has no interest in getting married or engaged to anyone. Marriage is just not her thing,” the insider went on to HL. “She doesn’t like that kind of a commitment to anyone. She’s happy, more in love than ever and Travis is fine with not being married to her. Friends don’t see her changing her mind but that’s just who she is,” they concluded. 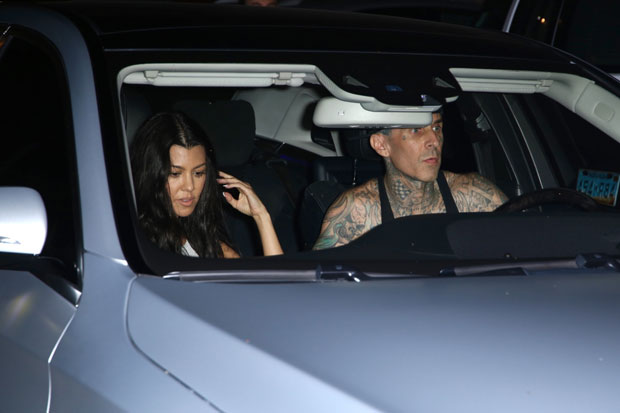 Notably, Kourtney has never married — but was in a nearly decade long relationship with  Scott Disick, 37, which produced three kids: Mason, 11, Penelope, 9, and Reign, 6. Travis was married to ex Shanna Moakler, 46,  from 2004 to 2008. The former Meet The Barkers stars share son Landon, 17, and daughter Alabama, 15, together, and Travis has also maintained a close relationship with her daughter from a previous relationship Atiana De La Hoya, 22.

Marriage rumors aside, Kourt and Travis were just spotted on another romantic date night in Los Angeles! The couple stepped out to check out Jaden Hossler‘s concert at the iconic Roxy in West Hollywood on Saturday, July 17. Travis drove while Kourt sat shotgun in his silver vehicle, with both the Blink-182 drummer and Poosh founder wearing black — seemingly their go-to color as of late.

Travis showed off his extensive tattoo collection in a black tank top, while Kourt also appeared go for a sleeveless style. Her skin was absolutely glowing in the dimly lit photos, which revealed she was wearing a nude-toned lipstick. The mom-of-three kept her dark hair center parted and curled for the evening on the town, just a week after the duo were in Las Vegas.

The couple touched down in Sin City for the Connor McGregor and Dustin Poirier fight, later attending the Delilah restaurant opening. Kourt stunned in a series of photos taken that evening at the Wynn Las Vegas, followed by an adorable PDA set with Travis. Her hair stylist Glen Coco also shared the set of images, writing “…NOWWW I understand why ppl tie the knot in Vegas. There’s nothing like love AND a good time.” It turns out the cryptic comment was not related to any sort of impromptu wedding — but fans can still dream!