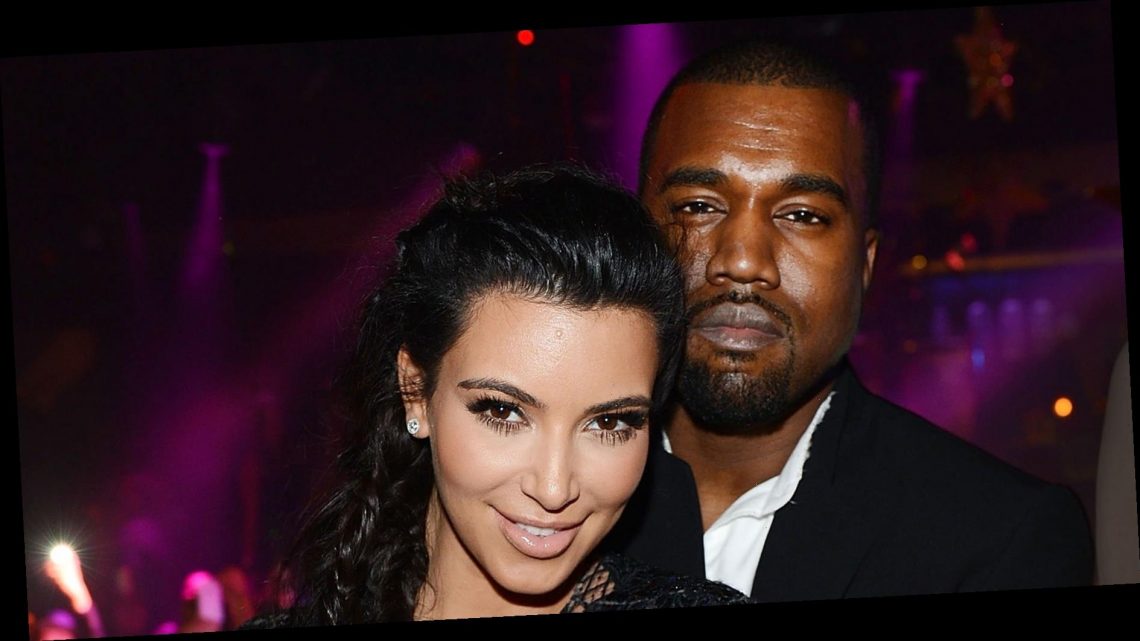 Made for each other! Kim Kardashian and Kanye West may not have started dating until 2012, but the couple have a rich history.

“I met him I think in 2002 or 2003,” Kardashian told Ryan Seacrest during Keeping Up With the Kardashians 10th anniversary special, which aired in 2017. “He was recording a song with Brandy, and I was her friend. I vividly remember hanging out with him, and then they did a video together, so I’d see him a few times. He was asking his friends: ‘Who is this Kim Kardajan?’ He didn’t know what my name was.”

While both Kardashian and West dated different people throughout the ‘00s, they remained friends and even appeared onscreen together for the first time in 2008. The KKW Beauty creator shared throwback pics in 2015 from a pilot they filmed called Alligator Boots.

“In honor of Star Wars: The Force Awakens being released today, I wanted to share these old pics of Kanye and me from years ago!” Kardashian wrote at the time. “We worked together on a pilot for a show called Alligator Boots back in 2008 and I played Princess Leia. We had met before this project (back in 2003), but I would say this is when we first really connected.”

Three years later, Kardashian married Kris Humphries in August 2011. After only 72 days of marriage, however, the reality TV personality announced she and the NBA pro were calling it quits.

Kardashian later revealed that her divorce from Humphries helped her discover her feelings for West.

“Right before I got married to Kris Humphries, [Kanye and I] were talking, and I just went a different direction,” she recalled on the aforementioned KUWTK anniversary special. “I think I had to go through that to figure out what I wanted. After my breakup, I was feeling really low and down and he said, ‘Just come to Paris and see my fashion show.’ He jokes that he put on this whole fashion show just to get a date with me. So I went there and I stayed with him, and that’s where we started dating. I swear from the moment I landed, I fell madly in love with him and I thought, ‘Oh, my God, why didn’t I do this sooner?’ Like, this is what real life is like — love and fun and real support.”

After facing a challenging year in their relationship in 2020, Us confirmed in January 2021 that Kardashian is “done” with their marriage and that the longtime pair had “been living separate lives for many months now.” A second source revealed that they “had a big fight” in December 2020 that caused the reality star to become “really upset” after the rapper “blew up” at her.

Kardashian secured high-powered attorney Laura Wasser to aid in her divorce settlement before formally filing, a third insider told Us. Wasser “has been on retainer and actively working for Kim since last summer,” the source said.

The source added that Kardashian “wants the divorce settlement finalized” before she files against West.

Scroll through for a timeline of Kardashian and West’s romantic relationship.