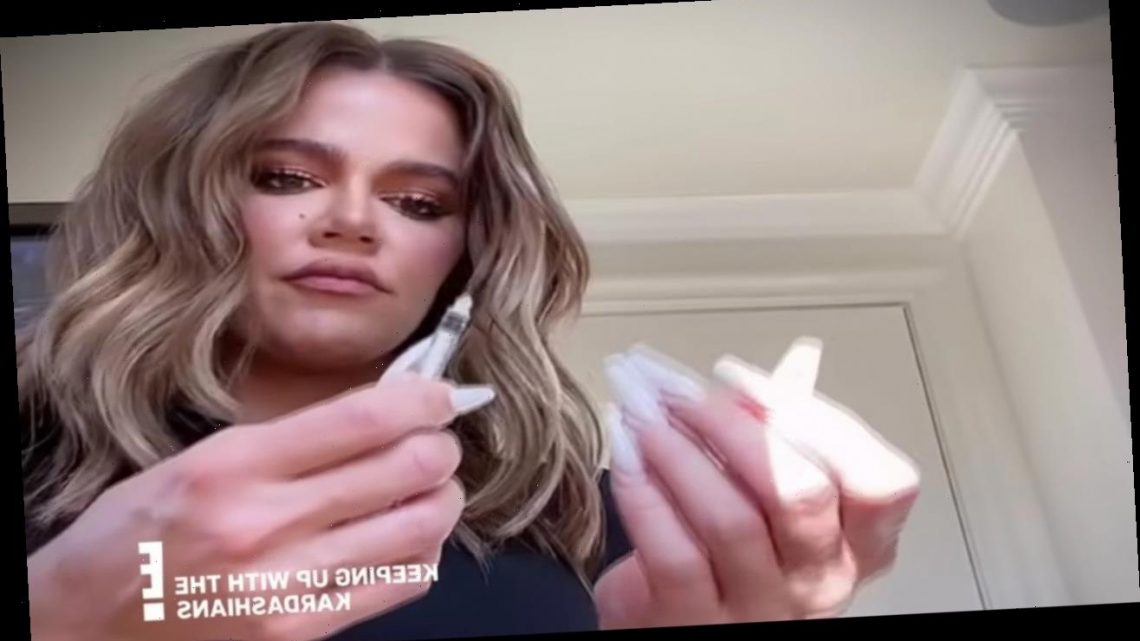 Khloe Kardashian has publicly denied pregnancy rumors several times in recent months, but could the 36-year-old reality star and her boyfriend, Tristan Thompson, be contemplating surrogacy? In the new super tease trailer for the final season of Keeping Up With the Kardashians, the couple discusses welcoming a second child via surrogate.

“You’re trusting a surrogate with your unborn child and it’s just scary,” Khloe says at one point in the clip, holding up a thin vial.

The status of her relationship with Tristan is also called into question when Scott Disick asks the NBA star, “You’re talking about having another child together, but you don’t want to say you’re official?”

“I’m not a secret,” Tristan replies.

In a previous sneak peek from the show, Khloe spoke to Tristan about giving their daughter, True, a sibling.

“I don’t know. True’s getting older and I just feel like it’s now time to have another kid,” Khloe told Tristan.

Khloe previously revealed that she froze her eggs.

The final season of Keeping Up With the Kardashians premieres Thursday, March 18 at 8:00 p.m. ET/PT on E!.

Thomas Markle Opens Up About ‘Betrayal’ of Staging Paparazzi Photos: ‘I Wish I Hadn't Done the Whole Thing’
Entertainment