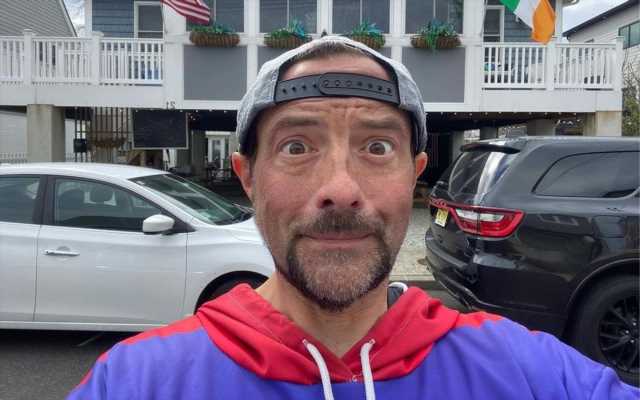 The 52-year-old filmmaker, actor, and comic book writer has weighed in on Warner Bros. Discovery’s sudden cancellation of the film, saying, ‘It’s an incredibly bad look to cancel the Latina Batgirl movie.’

AceShowbiz –Kevin Smith is condemning Warner Bros’ cancellation of the Latin-led “Batgirl” film as an “incredibly bad look.” Despite the fact film’s $90 million (£73.7 million) shoot had been completed earlier this year, the studio announced there were no longer plans for the film to be released in any format.

In a recent edition of his YouTube series, “Hollywood Babble-On,” filmmaker Kevin highlighted that because Latina actress Leslie Grace, 27, was due to take on the role of Barbara Gordon in the film, the axing of “Batgirl” felt particularly disappointing.

The superhero-obsessed “Clerks” director said, “It’s an incredibly bad look to cancel the Latina Batgirl movie. I don’t give a s*** if the movie was absolute f****** dog**** – I guarantee you that it wasn’t.”

He said the fact the directors of the film, Adil El Arbi and Bilall Fallah, were behind it was proof it would have been a quality project. Kevin, 52, whose films are packed with anorak superhero references, added, “The two directors who directed that movie did a couple of episodes of ‘Ms Marvel,’ and it was a wonderful f****** show and they had more money to do ‘Batgirl’ than they had to do an episode of ‘Ms Marvel’ and stuff.”

El Arbi and Bilall Fallah released separate statements expressing their shock at their film being scrapped, while Leslie Grace said that she felt “blessed to have worked among absolute greats and forged relationships for a lifetime in the process.” Warner Bros CEO David Zaslav said, “We’re not going to launch a movie until it’s ready.”