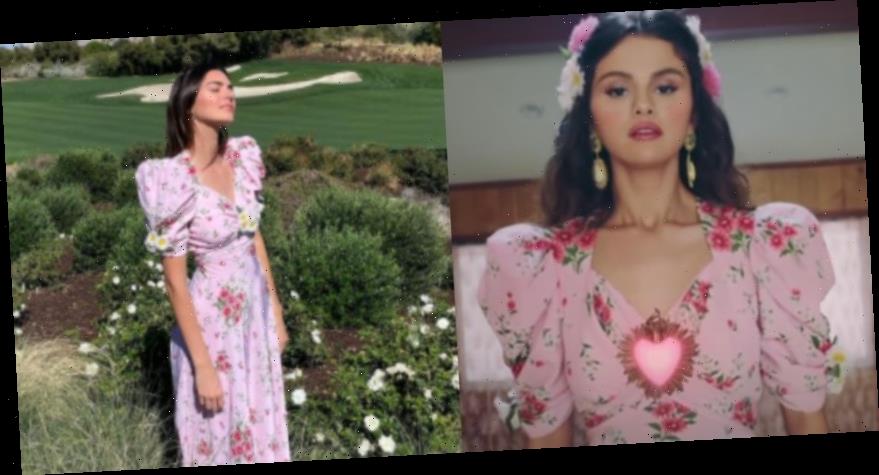 I’m starting to think the well of celebrity drama hath run dry, because people seem to think Kendall Jenner (IMHO, unintentionally) started a small Twitter war…over a dress that Selena Gomez wore before her. If you’re scratching your head over what that’s about, please! Read! On!

Kendall spent her Easter enjoying the great outdoors and naturally posted pictures of her ‘fit of the day…which just so happened to be the beautiful pink floral dress Selena wore in her “De Una Vez” video recently.

Here’s Kendall in the dress:

Aaaaaand here’s Selena wearing the dress in the video:

Selenators were quick to spot that Selena and Kendall wore the same dress within weeks of each other, which was all fine and dandy. But things quickly turned sour after a Kendall fan account tweeted, “Kendall Jenner pulling off this dress better than anyone else,” which Kendall reposted to her own Twitter feed with the reply, “had to take it home from set.” After the comment made the rounds, Sel fans were not happy because it seemed like Kenny was taking a shot at their queen.