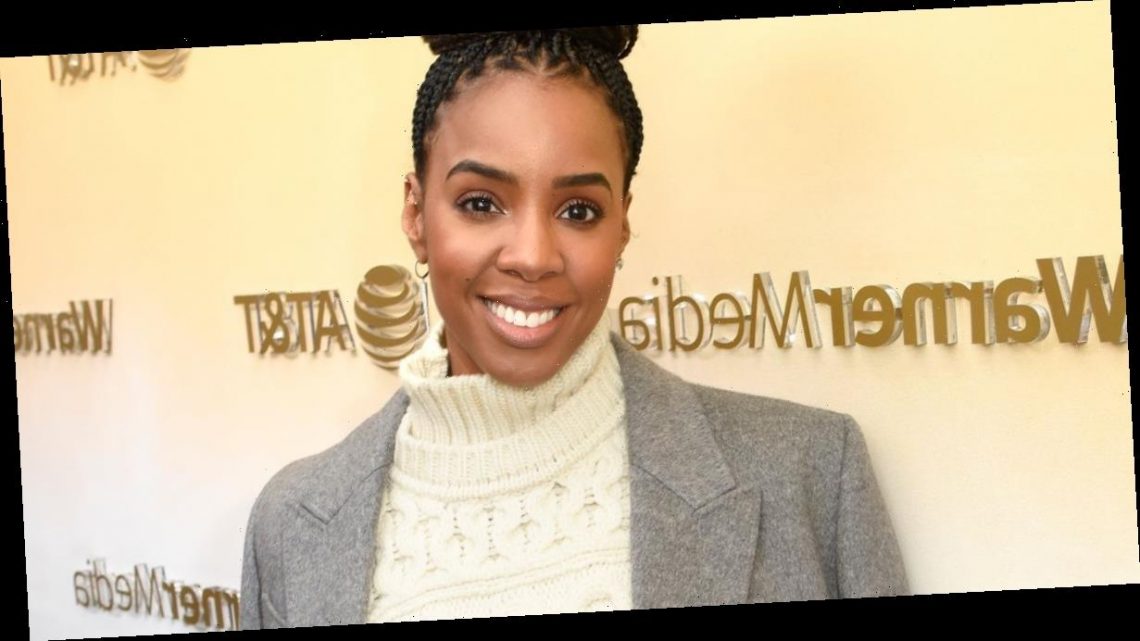 Kelly Rowland has announced she's given birth to her second child with husband Tim Weatherspoon.

The former Destiny's Child star took to her Instagram feed to share the happy news with her 10.8million followers as she posted a sweet snap of her son Titan Jewel, six, looking over the newborn baby.

The 39 year old welcomed the little boy on 21 January and revealed she and Tim, 46, have decided to name him Noah Jon Weatherspoon.

In the caption, she wrote: "On the 21st day, of the 21st year, of the 21st Century, Noah Jon Weatherspoon Greeted us! We are truly grateful," [sic] followed by four red heart emojis. Fans were quick to congratulate the singer, who recently got sweaty during a workout with a personal trainer, as one person commented: "congrats! Blessings to you and your family!" [sic] followed by two heart eyes emojis.

While a third added: "Blessings to you and your family and congratulations on your new bundle of joy!" with a pink heart emoji and a rainbow emoji.

Kelly announced she was pregnant with her second child back in October on the cover of Women's Health magazine.

She said in the interview with the publication: "You still want to remind people that life is important.

"And being able to have a child…I'm knocking at 40's door in February. Taking care of myself means a lot to me."

Kelly, who recently showcased her bump, told the publication: "We had been talking about [having another baby] loosely, and then COVID happened, and we were just like, 'Let's see what happens'

"I was thinking, Oh my god, my fans are gonna be so disappointed.…They wanted an album first, but they got a baby! And I was like, 'I have to figure this out so they get both.'"

Former The X Factor judge Kelly also opened up on her pregnancy cravings, adding: "I am obsessed with sandwiches. A turkey sandwich with mustard and rye and sprouts and onion and sometimes a little avocado.

"I don't really count calories," though she admits she’s strict in other ways. "Trust me, there are some days when it's hard to look at seeds and nuts and fruit when everybody's got french fries and burgers and Roscoe's chicken and waffles at midnight."