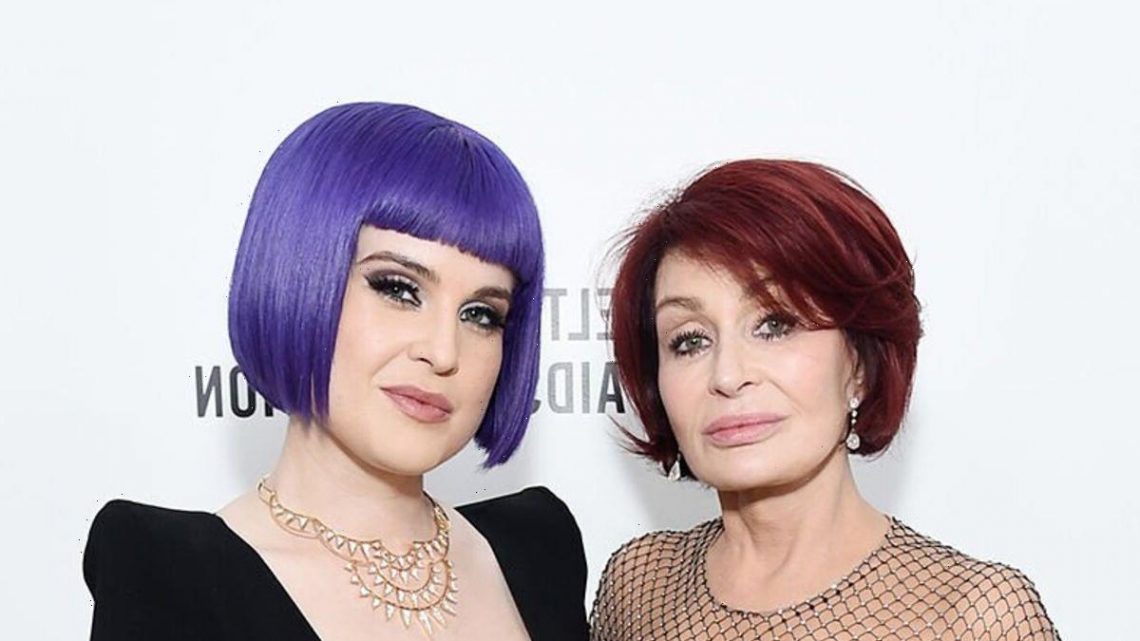 Sharon Osbourne, 70, is over the moon as her daughter Kelly Osbourne, 38, recently welcomed her second child with her rocker boyfriend, DJ Sid. The former X Factor judge has now been the first to unveil the name of her newest grandchild when she appeared on TalkTV this week, with Kelly taking to Instagram to fume over the reveal.

Sharon revealed the name of Kelly’s baby boy when she appeared on TalkTV alongside co-host JJ Anisobi.

He asked the star if she was helping look after her newborn grandson, with Sharon quickly replying: “Yes.”

She continued: “They’re doing just so great. So great. She won’t let a picture go out of him and I’m so proud of her.”

Sharon said with a grin on her face that her grandson is called Sidney, after Kelly’s boyfriend, Sid Wilson.

Kelly has since taken to Instagram to fume over the baby news in view of her 2.5 million Instagram followers as she left a stern word.

She said: “I am not ready to share him with the world. It is no one’s place but mine to share any information on my baby.”

This isn’t the first time that one of Kelly’s parents has revealed details about her pregnancy.

Despite trying to keep the sex of her child quiet, ironically, it was Ozzy Osbourne, Kelly’s father that confirmed she was expecting a boy.

Kelly said to PEOPLE at the time: “Well, look, all I will say is that my dad has f*****g told everybody. Because he’s so excited.”

The former Fashion Police host added that her 73-year-old dad had even managed to accidentally plant the news in the media.

She said: “If you just look up one of his interviews, you’ll find the answers.

“Even though I’m not saying anything! He did an interview today and I’m outside the door. I’m like, ‘Dad, shut up!'”

Sharon has returned to TV following her recent health scare while filming the Night of Terror TV show alongside her son Jack last month.

She revealed she was unconscious for 20 minutes before being admitted to two hospitals.

Sharon said she spent two days doing multiple tests to try to determine the cause but doctors were unable to pinpoint what triggered her to faint.

Her co-host JJ asked on the show: “Can you explain exactly what happened?”

Sharon replied: “I wish I could but I can’t. It was the weirdest thing – I was doing some filming and suddenly they told me that I felt…”

JJ then asked the TV host to clarify what she meant by “passed out”, and she continued: “Yeah, for 20 minutes. I was in the hospital.

“I went to one hospital, they took me to another hospital and I did every test over two days and nobody knows why.”

Sharon then reaffirmed that the doctors are still unsure as to why she passed out, with her son Jack sharing updates while his mother was in the hospital recovering.

He wrote on Instagram at the time: “OK here is what I’ll say – first things first MY MOTHER WASN’T FILMING A EPISODE OF @ghostadventures. She was filming a new episode of Night of Terror with me. Hahaha.

“Now that we have made that clear… She had been given the all clear from her medical team and is now home.” (sic)

Wondering whether LED face masks really work? We put them to the test