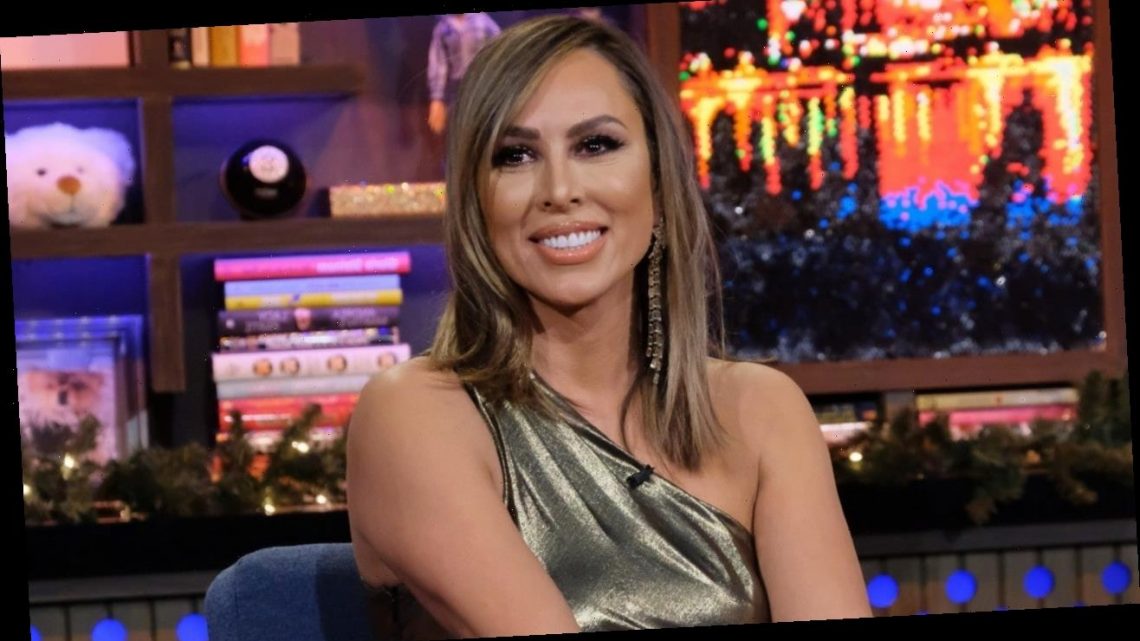 Kelly Dodd is clearing up her recent drama with Lisa Vanderpump. The Real Housewives of Orange County star called in to Jeff Lewis Live on SiriusXM’s Radio Andy on Monday to give her side of the story when it comes to shutting down Vanderpump’s claim that she once left her restaurant, Pump, without paying the bill. Vanderpump has since apologized.

Last week, 60-year-old Vanderpump claimed on her E! show, Overserved, that a Real Housewives star had been banned from her restaurant after pulling a dine and dash. After Tori Spelling, a guest on the episode, guessed that it was 45-year-old Dodd, Vanderpump responded, “Yeah, she kinda came into Pump and didn’t pay a bill.”

In now-deleted tweets, Dodd not only denied not paying, but she also showed a receipt she claimed was from that night in 2016 as proof that she paid her portion of the bill. Dodd talked more in depth about the incident with Lewis on Monday, noting that she was with fellow housewife Vicki Gunvalson at the time, whom she called “the cheapest chick on Earth.” She claimed that earlier in the day she paid a $575 bill from the bar The Abbey, even though it was Gunvalson and her friend who ordered “way more.” So, when they arrived at Pump, Dodd asked the waiter for a separate bill because she didn’t want to get stuck with another huge bill.

Dodd said the waiter got annoyed with her because she wanted a separate bill, and that he later went on Twitter and claimed that she stiffed him. But Dodd said she did in fact tip him and it was the “old b**ches” that didn’t.

Dodd said she cleared up the entire incident with Bravo years ago and was upset that she was getting all the heat and not Gunvalson. She said she took to Twitter over the weekend to clear her name, and was ultimately appreciative of Vanderpump apologizing to her.

Over the weekend, Dodd not only denied not paying her bill at Pump, but she took a dig at Vanderpump closing one of her restaurants, Villa Blanca, last July.

“THIS IS A LIE,” Dodd wrote. “A) It was 6yrs ago. B) I was a guest of [Vicki Gunvalson] & her friends. C) I paid my share & have the receipt. It was the others who didn’t pay! No wonder Villa Blanca went under. #RevisionistHistory.”

“Oh & by the way @LisaVanderpump your food sucks & so does your service,” she continued.

“Gosh of course I was told there was a problem and you didn’t pay,” she wrote. “I was away, but of course whatever you say … I apologize if there was such a fiasco and apologize on behalf of all my staff. Would love to host you.”

Dodd replied back, “Thanks for your apology. I’m just confused why you’d say I was banned when in fact I was the subject of false and defamatory allegations and cleared this up five years ago. I’d appreciate a post on your feeds to clear this up.”

Although Vanderpump did not do a post, she did write back, “I heard it was a complete fiasco but I’m sorry you will be guest of honor if you come next time.”

Thanks for your apology. I’m just confused why you’d say I was banned when in fact I was the subject of false and defamatory allegations and cleared this up five years ago. I’d appreciate a post on your feeds to clear this up.

ET spoke with Vanderpump earlier this month, and she talked about whether she would have the women of Real Housewives of Beverly Hills on Overserved as guests and when Vanderpump Rules will return. Watch the video below for more.

Lisa Vanderpump on 'Overserved' and When 'Vanderpump Rules' Will Return (Exclusive)

See All the Celebs Switching It Up in Wigs

8 Richest Kids In The World
Entertainment